The number of regional tournaments once again climbed into the double-digits over the previous half-month. Ten more tournaments took place all across the United States, including the first national Regional Players Invitational qualifier in the East Region. The Upstate New York tournament determined the first four bowlers who will move onto the RPI, which will be held Jan. 2-5., 2023 in Las Vegas.

Read more below to see who else took home a title in the past two weeks. 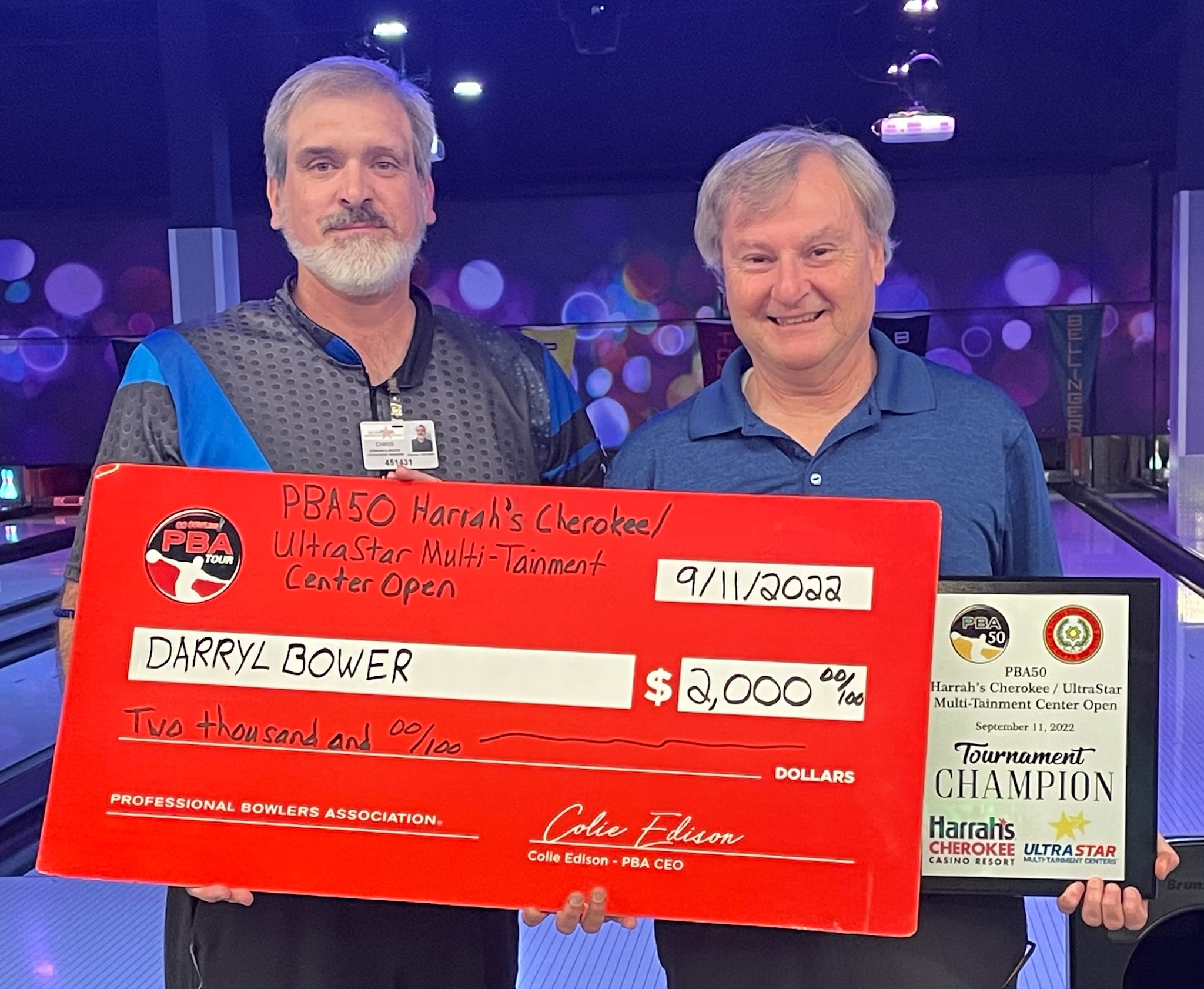 Just one bowler went plus in qualifying in Cherokee, N.C., and that was Darryl Bower. He snagged the top seed and a double-bye and made good use of it.

Bower first defeated Ben Snyder and then took down Jonathan Cross to get to the final match. Mac Sanders would be Bower’s final opponent after Sanders just defeated Tom Baker 193-162. Sanders held a 19-pin lead through six frames after Bower’s second open, but Sanders left the door open after a split in the 9th frame.

Bower then stepped up and delivered a turkey to shut out Sanders and ultimately take the win 197-170. Bower picked up his 20th career regional title and second of the season. 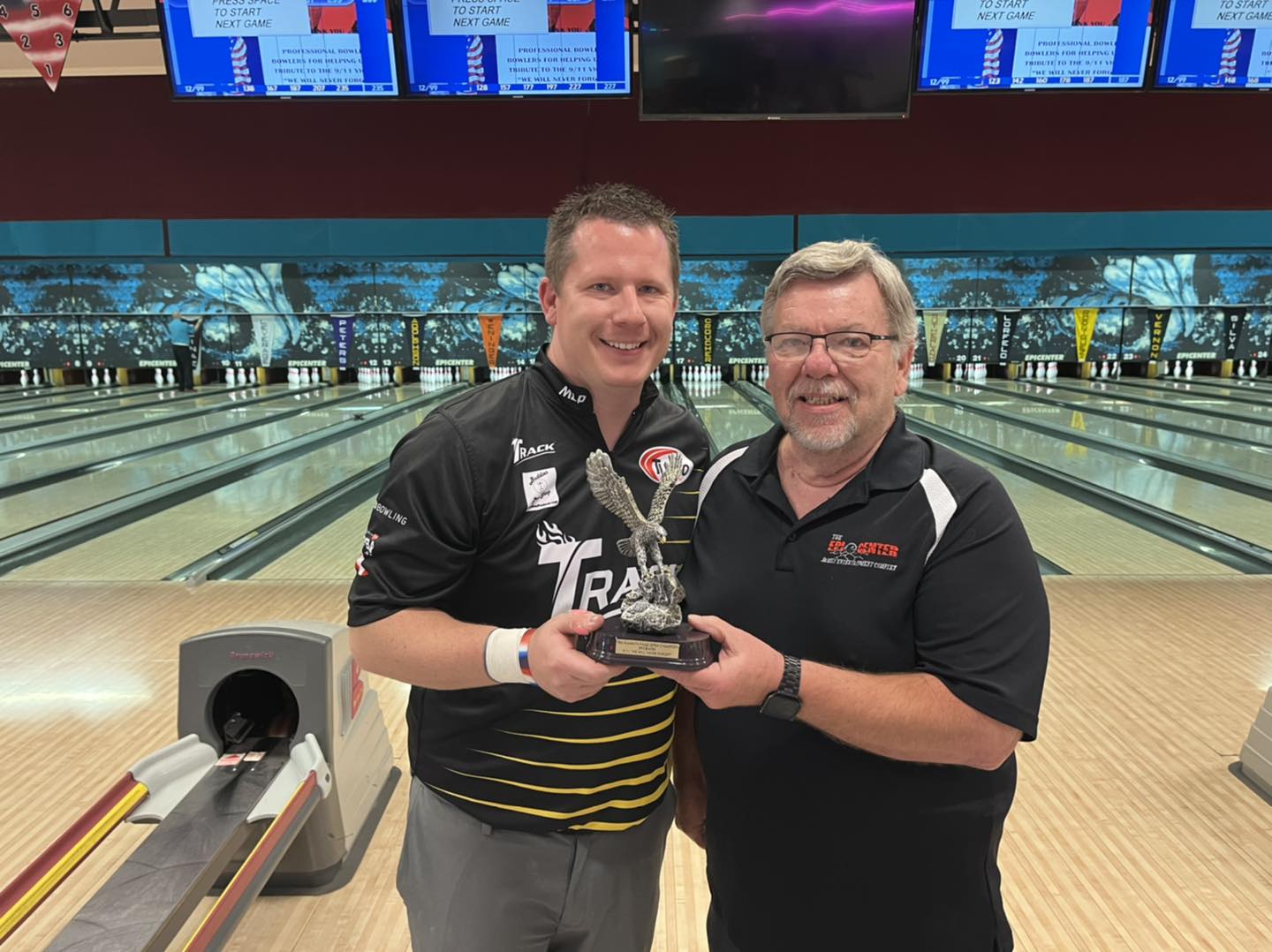 Scores boomed out west at the Klamath Falls Open in Oregon as bowlers competed on the short Cheetah pattern. Jake Peters led the way at +262, while Daria Pajak grabbed the last spot at +117. Pajak had the best record of the day when match play came around at 10-1 to move up to 3rd place with position round remaining.

Peters maintained the top spot, holding a 64-pin lead with a game to go. He held on in the final round to take the win over Warren Crawford 235-227 to earn his sixth career regional title and second of the season. 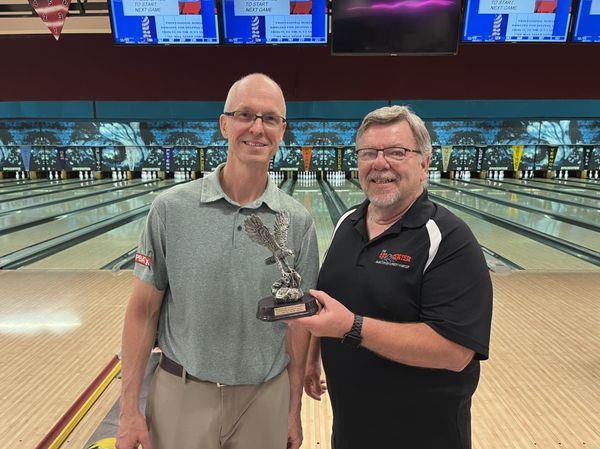 Jeffrey Polson thought he was bowling in the younger division because his +225 score would have safely put him inside the Klamath Falls Open cut. Instead, he led the PBA50 division by over 100 pins, and it stayed that way through the majority of match play.

After 11 games of match play, Polson accumulated a near 200-pin lead to cruise into position round. He lost his final match, but it didn’t matter as he still snagged his first career regional title and $2,000 to go with it. 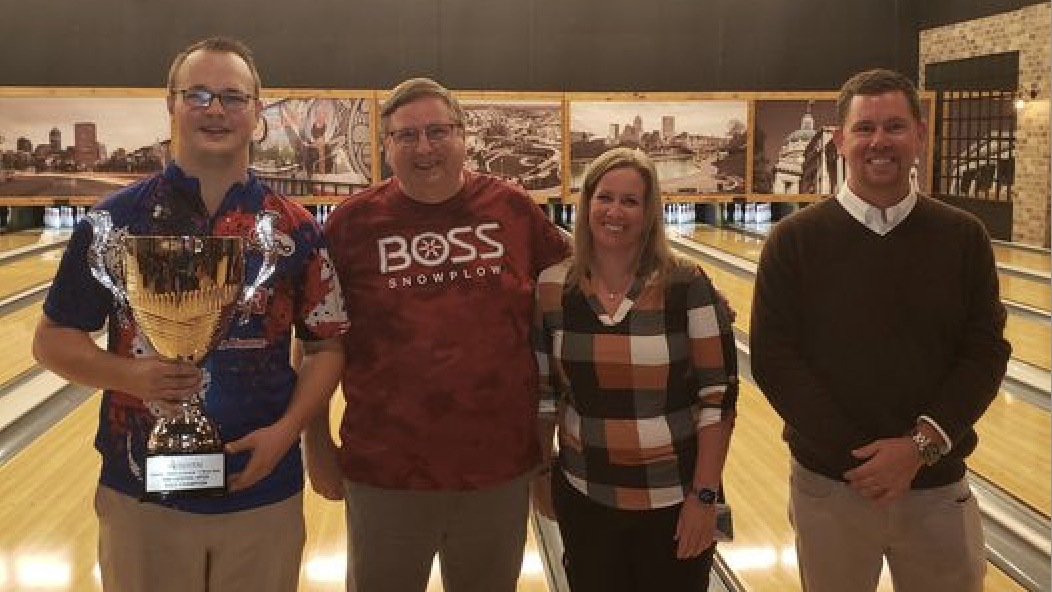 Scores were also high out in Fishers, Ind. at Pinheads. Zach Weidman led the way at +330 for eight games, with Brendon Miller and Jeffery Mann close behind at +293 and +271.

The top-12 moved into bracket play, and each of the top four qualifiers who earned a bye also won their first match to advance to the semifinals. Weidman delivered a 278 and 245 to defeat Zeke Bayt, while Mann shot a 250 and 279 to take down Brendon Miller. In the end, Weidman knocked off Mann to earn his second career title. 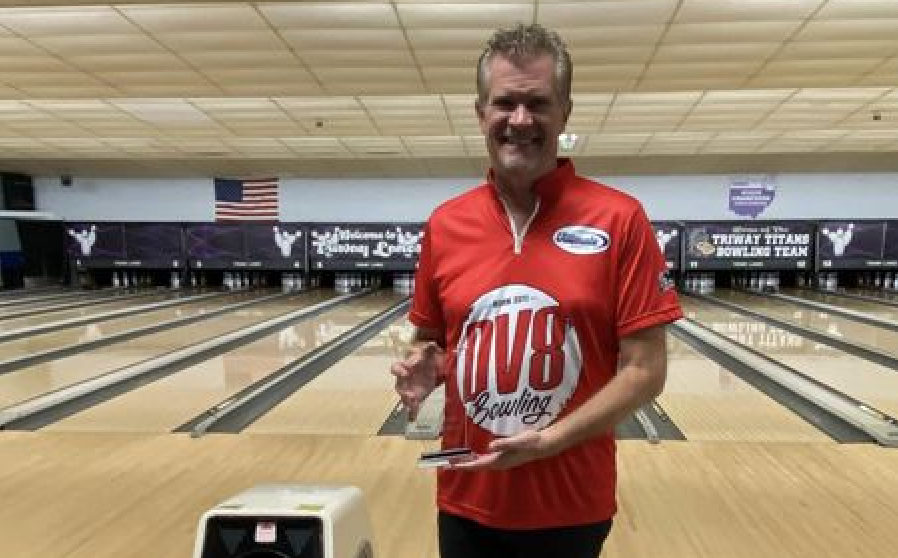 Now in the Midwest Region, 35 seniors came out for a chance to win a title in Wooster, Ohio. Charles Ferrell led the way in qualifying at +249, but Jeff Johnson was just four pins behind, and there was plenty of bowling left. After 12 games of match play, Dean Mueller grabbed the one-seed, Johnson took the two, Michael Haggitt with the three, and Ferrell at four.

In the stepladder, Haggitt defeated Ferrell in the first match 235-193 but dropped the next game to Johnson in a close one, 231-226. Johnson didn’t make the final round nearly as close, delivering 279 to Mueller's 207 to pick up his third regional title. 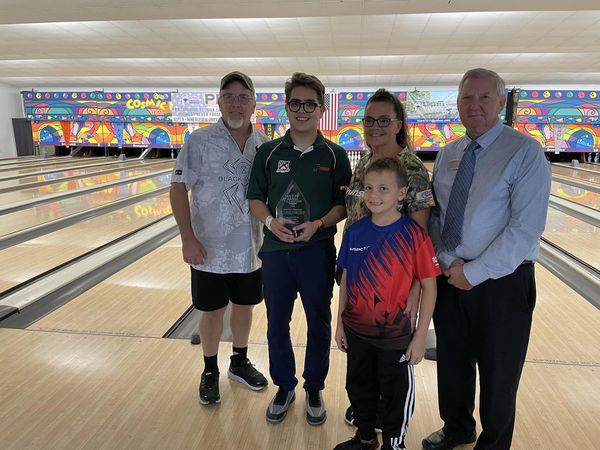 Forty-three bowlers traveled to Osage Beach, Missouri, for the two-day event, where Nick Pate sat on top after the first day. He stayed on top for the next two advancers rounds, with Kevin McCune in second, Benjamin Martinez in third, and Phillip Watson in fourth behind him to grab those stepladder seeds.

It was a quick one-day event for the 30 titleless bowlers who traveled out to Fort Meade, Md. as everyone started with just six games of qualifying. Sam DeWitt III averaged almost 240 to take the top spot in the eight-man bracket, while David Gilliam took the final position at +49.

In the finals, the two-seed Michael Mirabile and five-seed Nate Trentler faced off, both looking for their first regional title. In a close match, Trentler emerged victorious 190-185 to earn a banner and $1,400. 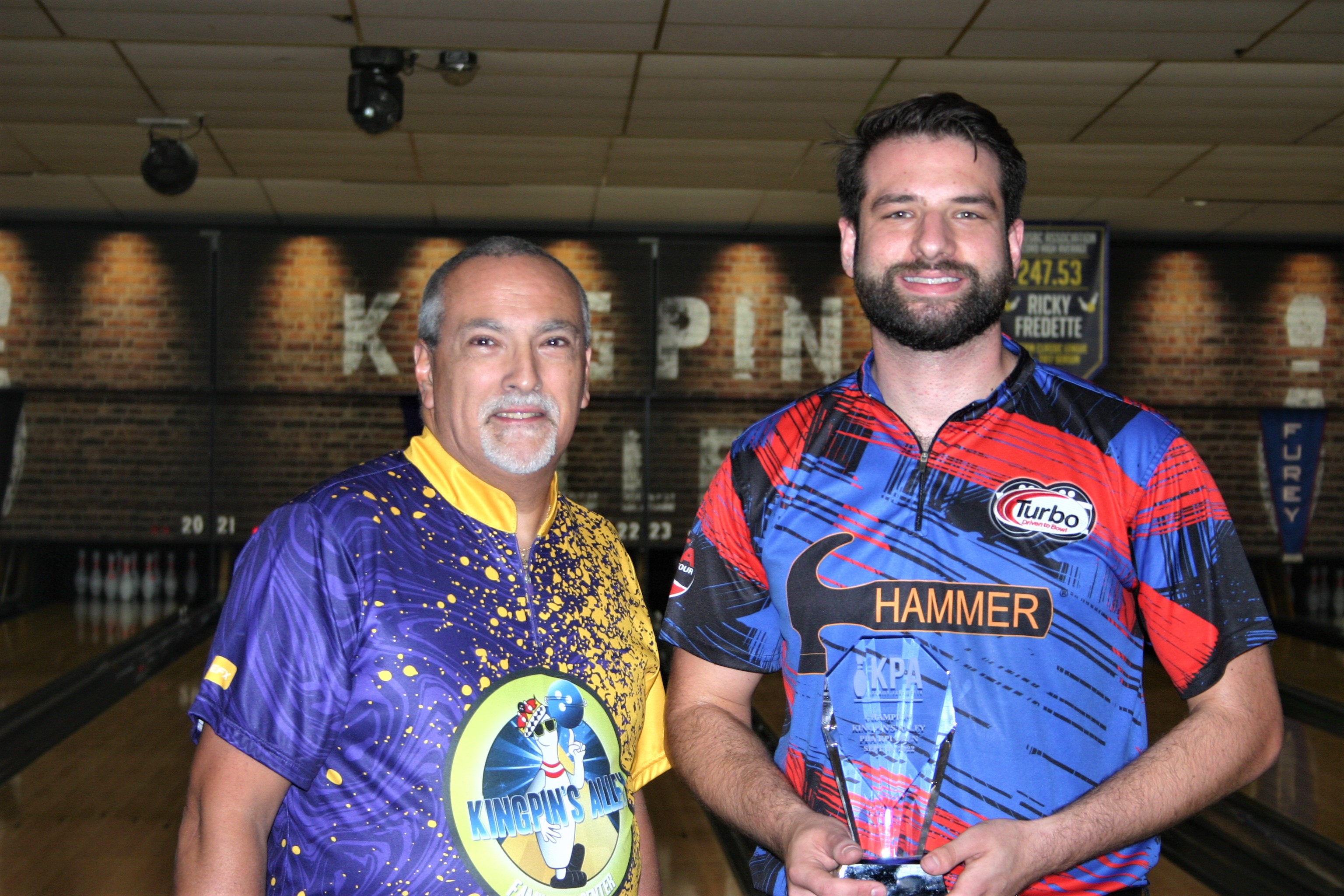 For the first RPI qualifier of the season, 76 players came out to grab an early spot for South Point, but only four walked away with an entry. Bowlers rolled eight games as the top 24 and ties moved onto the first advancers round.

Three advancer rounds followed qualifying to determine the four RPI berths and stepladder finalists. Jake Rollins, Bill O’Neill, Cody Shoemaker, and Anthony Neuer advanced into the stepladder, while the latter two faced off in the first match. Neuer won the first match, 266-209, and then narrowly defeated O’Neill 193-190. In the end, Rollins took down Neuer 225-145 to take the title and $2,500.

Rollins, Neuer, and Shoemaker earned spots into the RPI, along with fifth-place Ryan Galli. O’Neill finished 16th on the PBA National Tour in points, which made him ineligible for the RPI. 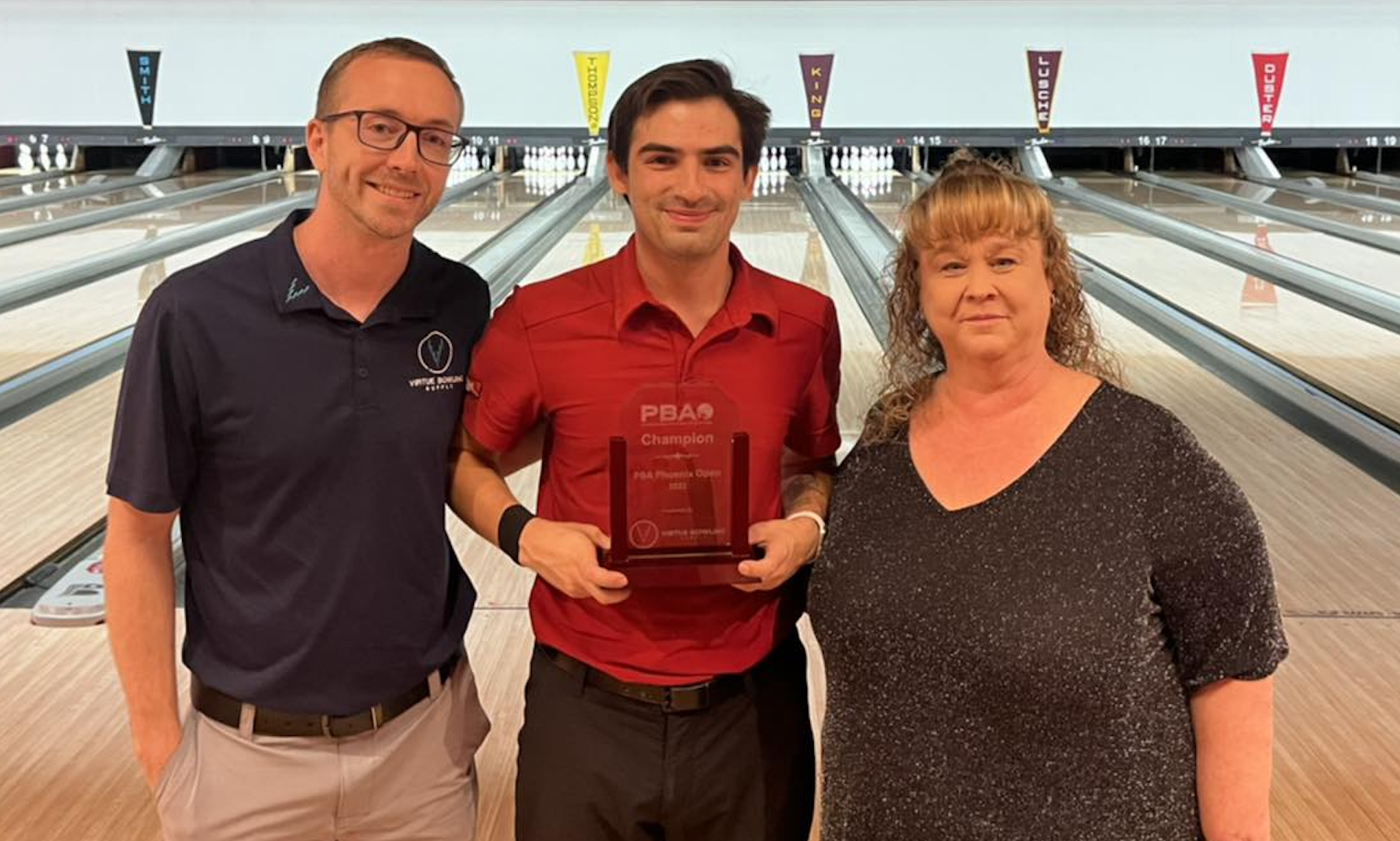 Hopefully Bowlero Mesa has insurance because the scores blew the roof off. Jakob Butturff averaged 251 on the day, and Eddie VanDaniker was close behind at +350, which included a 299 and 300 game.

After the advancer and match play rounds, Butturff remained on top, VanDaniker Jr stayed in second, but Kyle Duster grabbed the third seed. Duster won the opening match 237-162. In a close final match, where both bowlers doubled in the tenth, Duster won 235-231. He took home his fourth career regional title and now sits eighth in points in the West region. 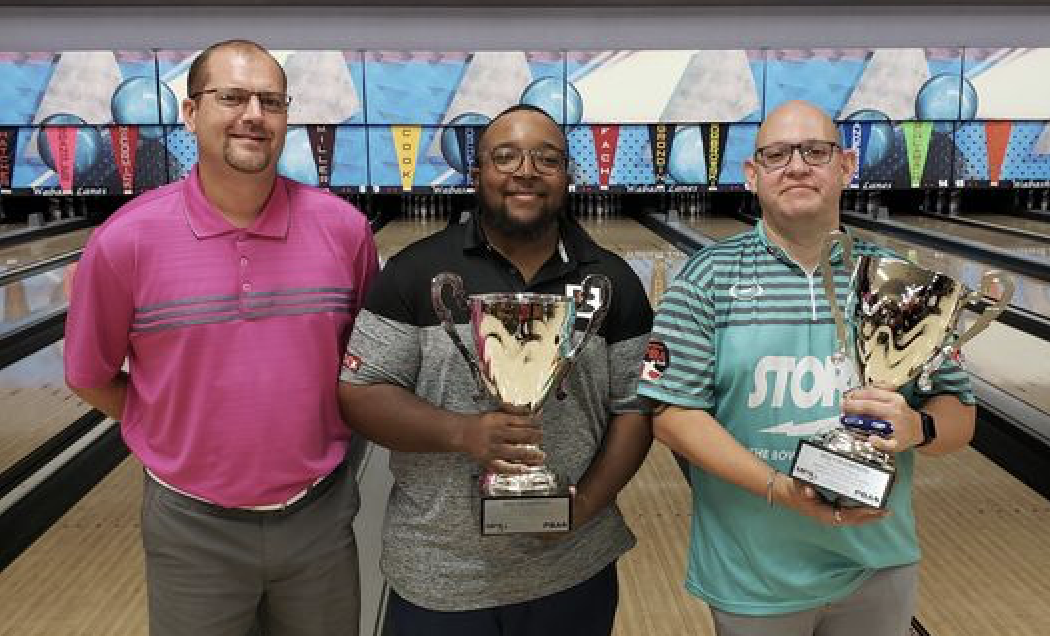 After winning their first two matches, they matched up against Dave Wodka and Frank Testa in the finals. In a best of five match, they got the best of their opponents, winning in four games. Perez now owns two regional titles, both coming in Ohio.

Keep track of all the PBA regional action here.