One More for Mohr, Plus 10 Players Clinch RPI Berths

Three more Regional Players Invitational qualifiers hit the books recently, which means 10 more bowlers earned themselves a spot in the 2023 RPI. Time is running out for bowlers to grab a berth via the points list, which means the RPI Qualifiers could be the way to go.

On this go-around, Rick Minier, Sean Lavery-Spahr, and Andrew Rettig earned spots in addition to their titles. Find out who else secured their spots to Las Vegas in this week’s Regional Recap.

Fighting for one of three spots in the Regional Players Invitational, 64 bowlers took a chance at the Southwest qualifier in Waxahachie, Texas. Jeff Atkins began in the lead at +259, with Daniel Inocencio right behind at +217.

After a few advancer rounds, those two bookended the four-player stepladder, respectively, with Rick Minier and Mike Bailey at two and three. Inocencio won the first game 220-192, but Minier won the next match 248-200.

The championship match was a doozy as both players started with the front-five, and the game stayed close to the 10th frame. Atkins had the chance to shut out Minier but couldn’t convert, leaving the door open. Minier clinched it by striking out in the 10th to win 266-259. Minier, Atkins, and Bailey earned spots in the RPI at the end of the year from their performances. 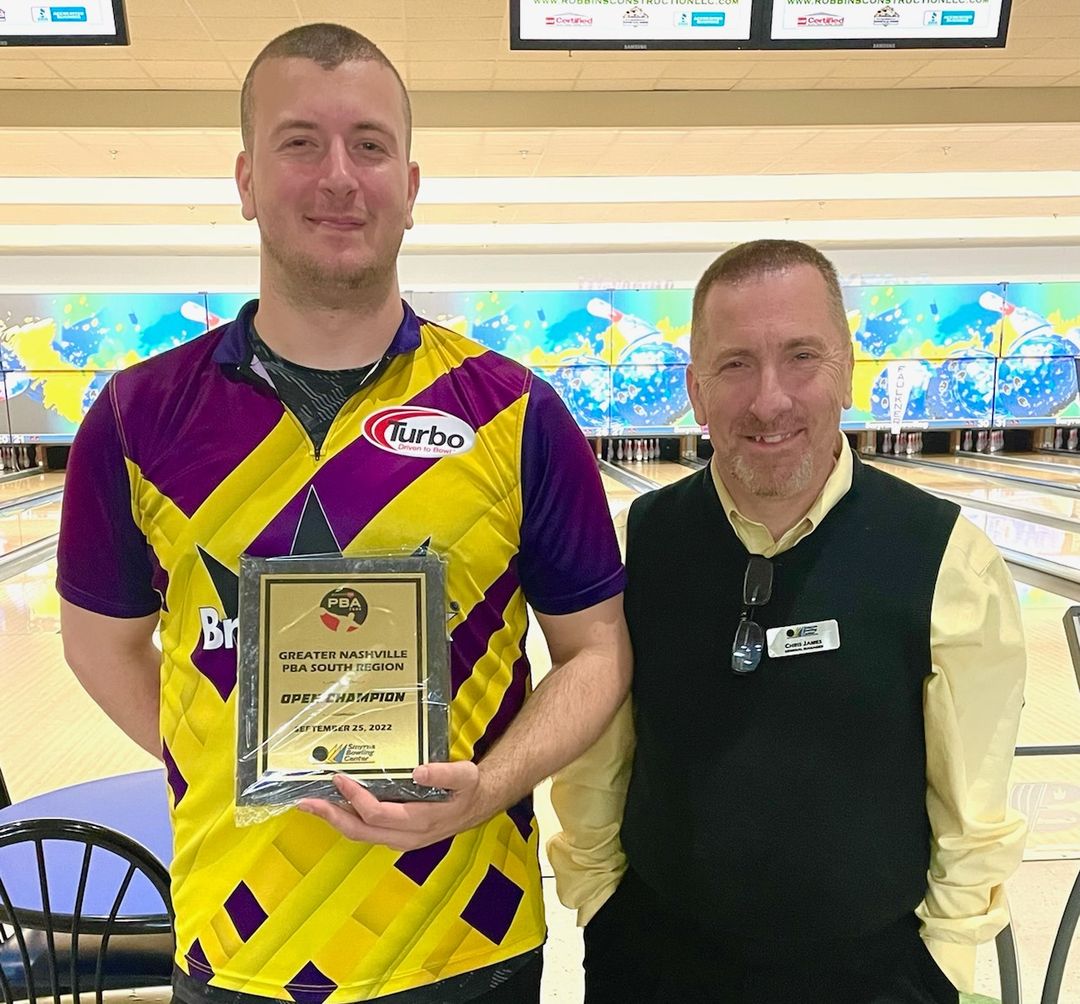 Smyrna Bowling Center earned a double dose of bowling as the PBA and PBA50 made their way to Tennessee for a pair of regional events. Kamron Doyle led the field of 101 bowlers on Saturday to grab the one-seed and a double-bye for the single elimination bracket on Sunday.

He won his first match to advance to the semifinals but lost to Trevor Roberts 248-210 after two splits in his first four frames. Ryan Lane took down Matt Taylor in the other semifinal matchup 241-202 after he delivered a seven-bagger late in the game.

Lane maintained his momentum, throwing the front five in the final round while Roberts split four times in the match. Lane earned his first title, winning 234-166 and taking home 2,500 points and $2,500 for his efforts. 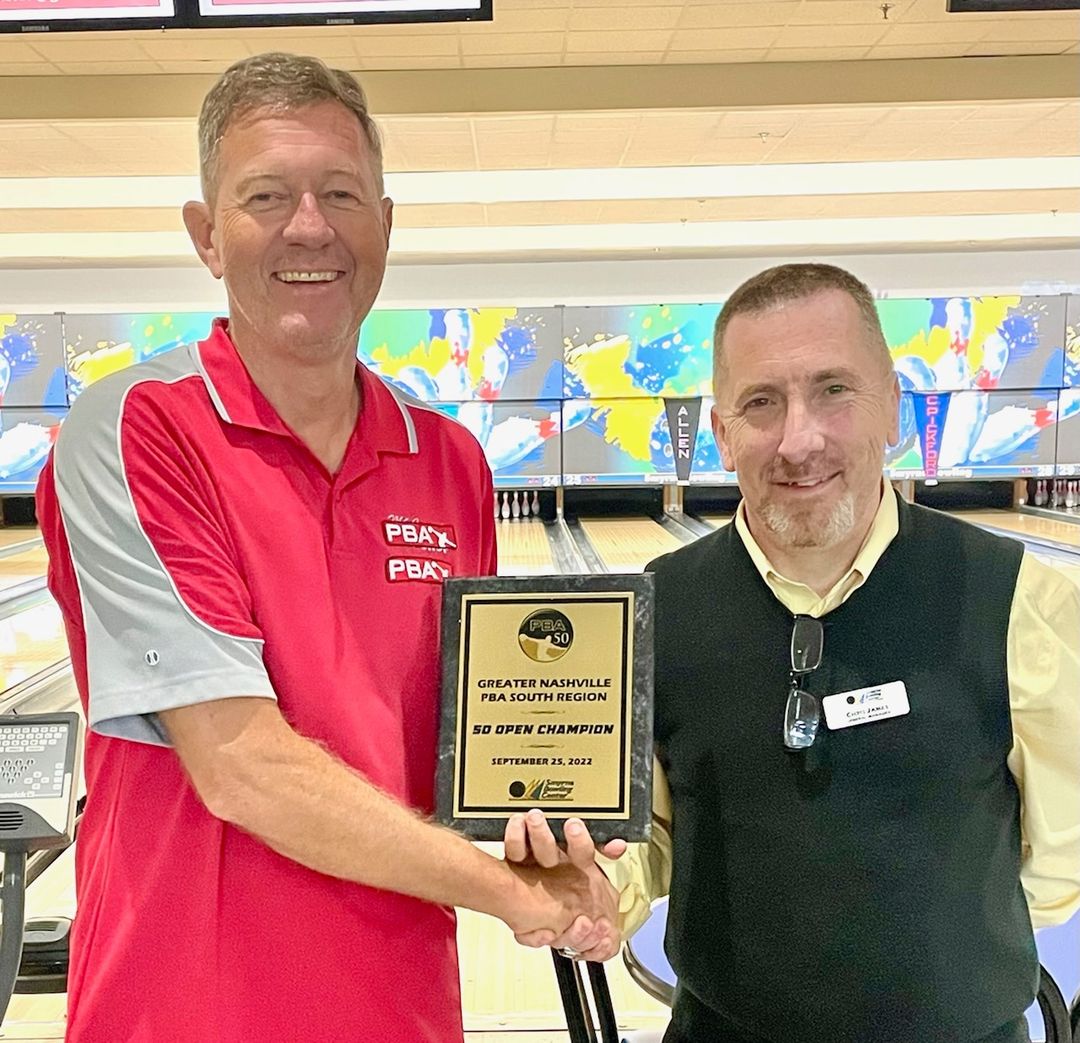 On the senior side, Gary Alstott led the way at +102, with Walter Ray Williams Jr., David Smalley, and Tony Churchey right behind to snag double-bye spots. Unfortunately for Alstott, he was the lone double-bye recipient to lose his first match.

Thanks to a late turkey, Churchey defeated Jonathan Cross 212-190 in the semifinals, while Williams Jr beat Smalley with ease 256-210 with an eight-bagger in the middle of the game. The final round was tight to the finish line as each player rolled an early double and one headed into the 10th frame. Churchey stepped up just needing the first strike and good count, and he delivered to pick up the win and $2,000. 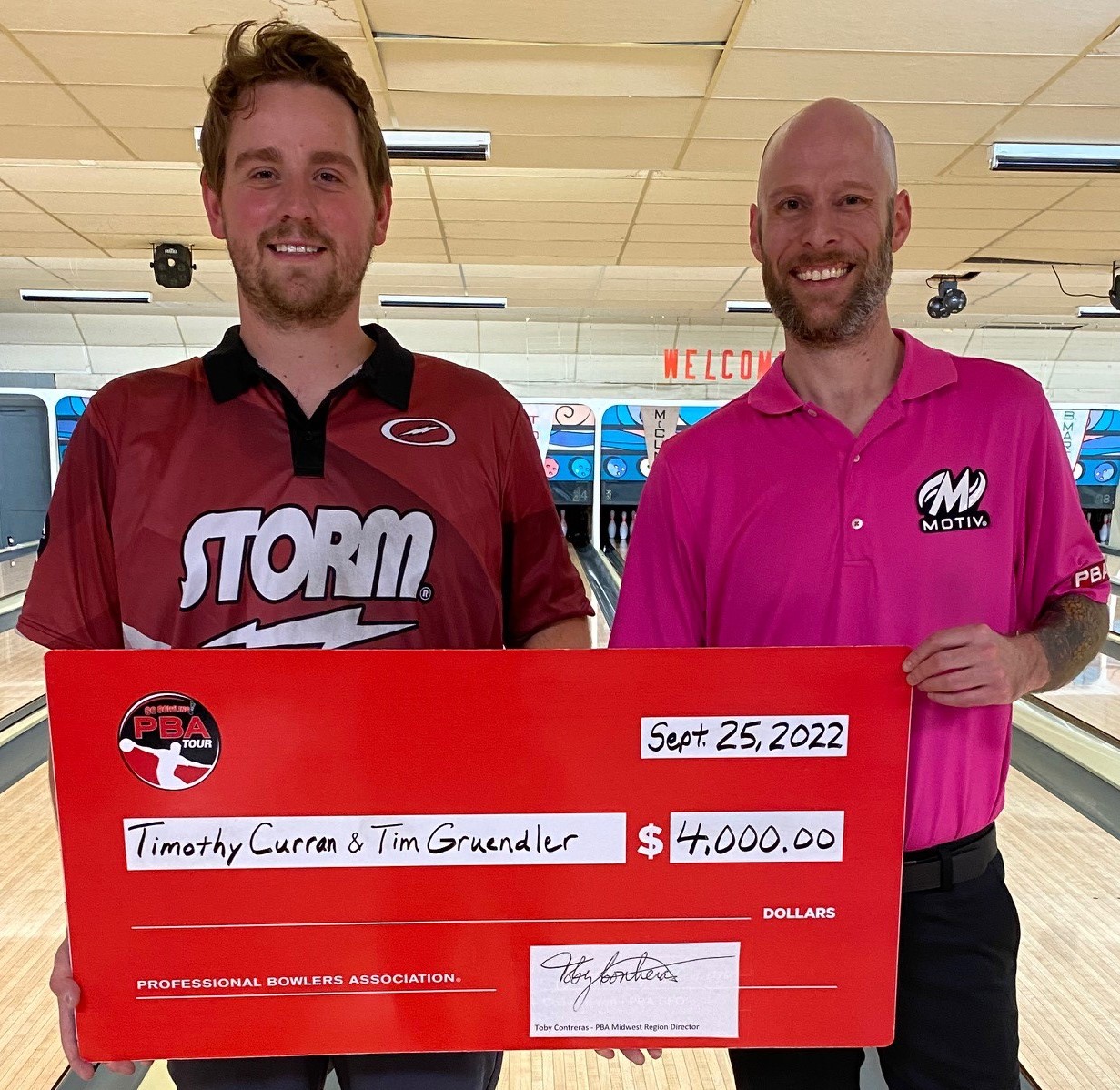 Seventeen teams bowled in the Iowa doubles tournament on the Dick Weber pattern, where six advanced into the bracket round. The team of Tims qualified on top with Tim Curran and Tim Gruendler at +228. They earned a bye to start, and defeated Tom Hess and Cameron Foster 4-2 in the semifinals.

In the other semifinal, Benjamin Martinez and Collin Smith also moved onto the finals, coming back from a 3-1 deficit against Zach Wilkins and Matt Anderson. The final match went the way of the No. 1 seed as Curran and Gruendler never shot a game below 200 to win 4-1. 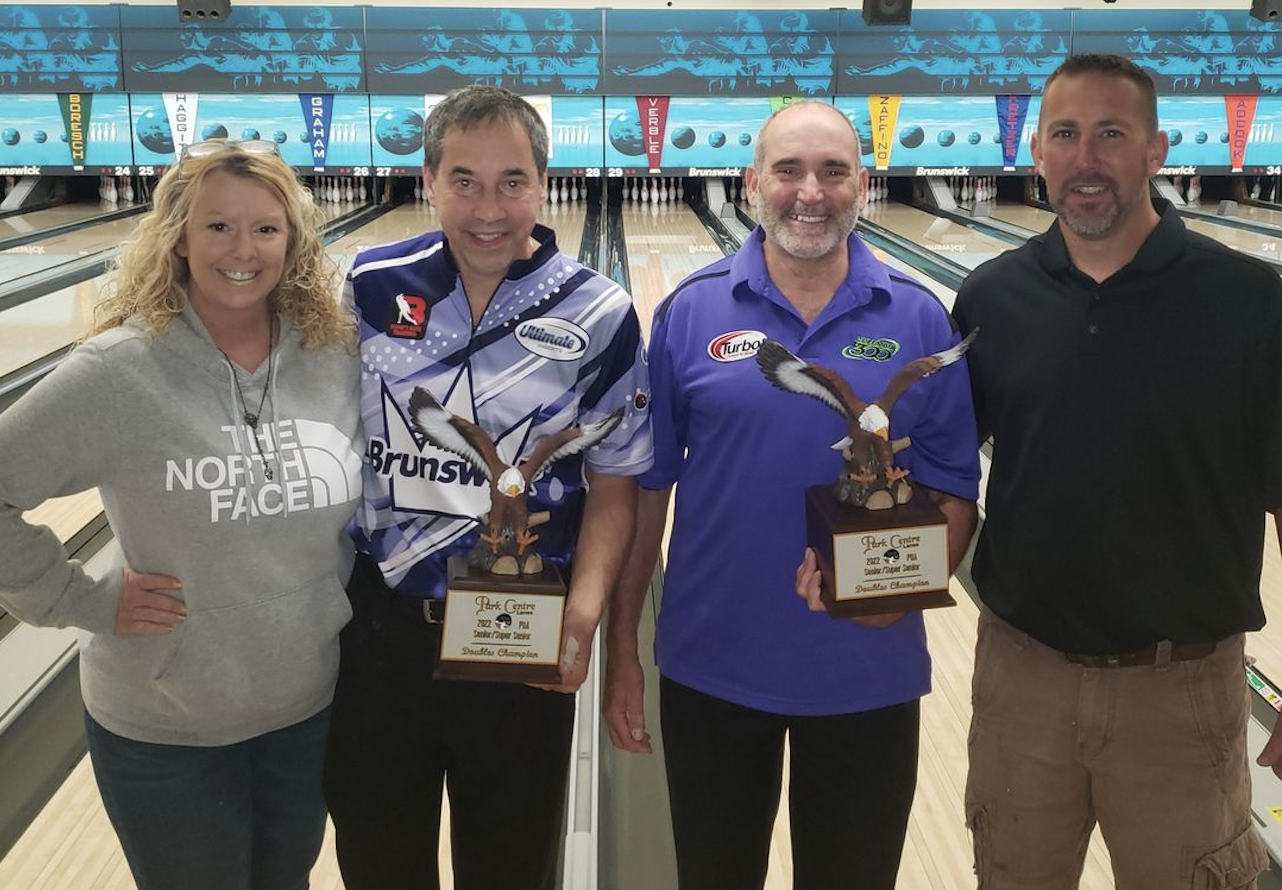 Just a couple of states over, another doubles tournament took place in Canton, Ohio. The top eight of 23 senior and super-senior pairs moved onto match play, where Michael Tryniski and Michael Haggitt snagged the last spot at +265. After seven games of match play, it came down to just two teams.

Tom Adcock and Brad Angelo led Sam Maccarone and Parker Bohn III by a good margin, but Maccarone and Bohn came up with a big last game to clinch the title. Now Maccarone, like Bohn, owns regional titles in each of the previous five decades.

The second RPI qualifier of the last fortnight came in Oklahoma City, where 94 bowlers came out. High scores lit up the scoreboards as almost half the field found a way to go plus during qualifying. A couple of advancers round later, and it was down to eight bowlers vying for four stepladder spots in a very tight battle. In the end, Dylan Macon led the way, followed by Packy Hanrahan, Eric Jones, and Sean-Lavery Spahr.

Lavery-Spahr won the first match over Jones 236-201, then took down Hanrahan 268-213 and Dylan Macon 227-203 in the final round. Lavery-Spahr picked up his fifth career regional title and first since 2017. Macon, Jones, and Fero Williams will join Lavery-Spahr at the RPI in a few months.

The final of three RPI qualifiers over the last two weeks came from the senior side in Delphos, Ohio, where 54 bowlers entered. One third of them moved onto the Advancer Round to bowl another eight games.

Andrew Rettig grabbed the No. 3 seed by 24 pins, while Larry Verble took the second seed and Brian Kretzer grabbed the top spot. Rettig knocked off Verble in the first match and did the same in the final game to take home his 33rd regional title. Rettig, Kretzer and Verble each claimed a spot in the RPI. 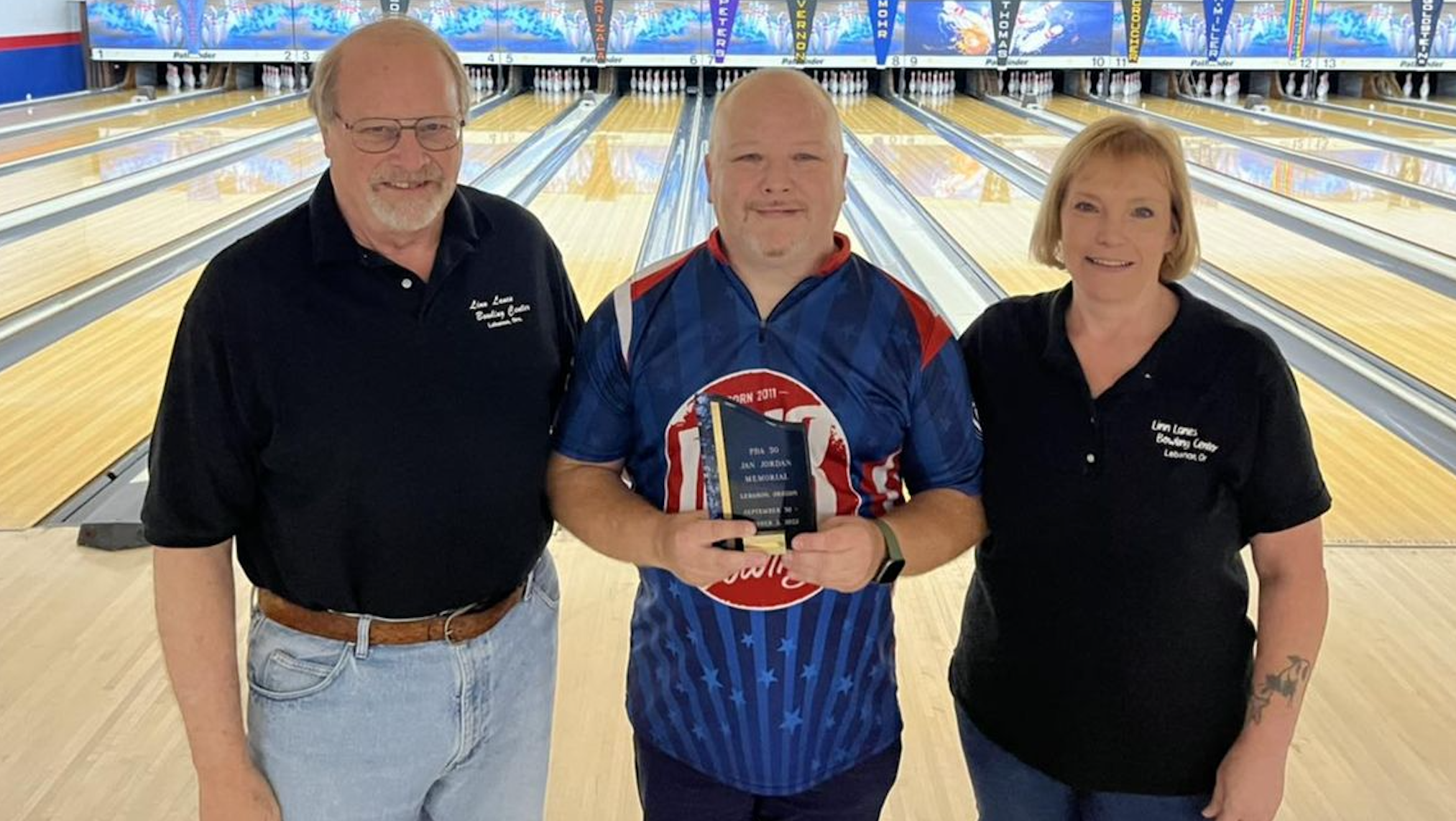 Starting with the PBA50 tournament in Oregon, Michael Kennedy led qualifying at +152, with Stephen DeSordi right behind at +120. The next day, Kennedy still maintained the lead, but Rich Corwin moved behind him at +257.

Corwin needed a 19-pin win over Kennedy to take the title, and he came close but narrowly missed out after winning 206-191. Kennedy earned his first PBA regional title and $1,900. 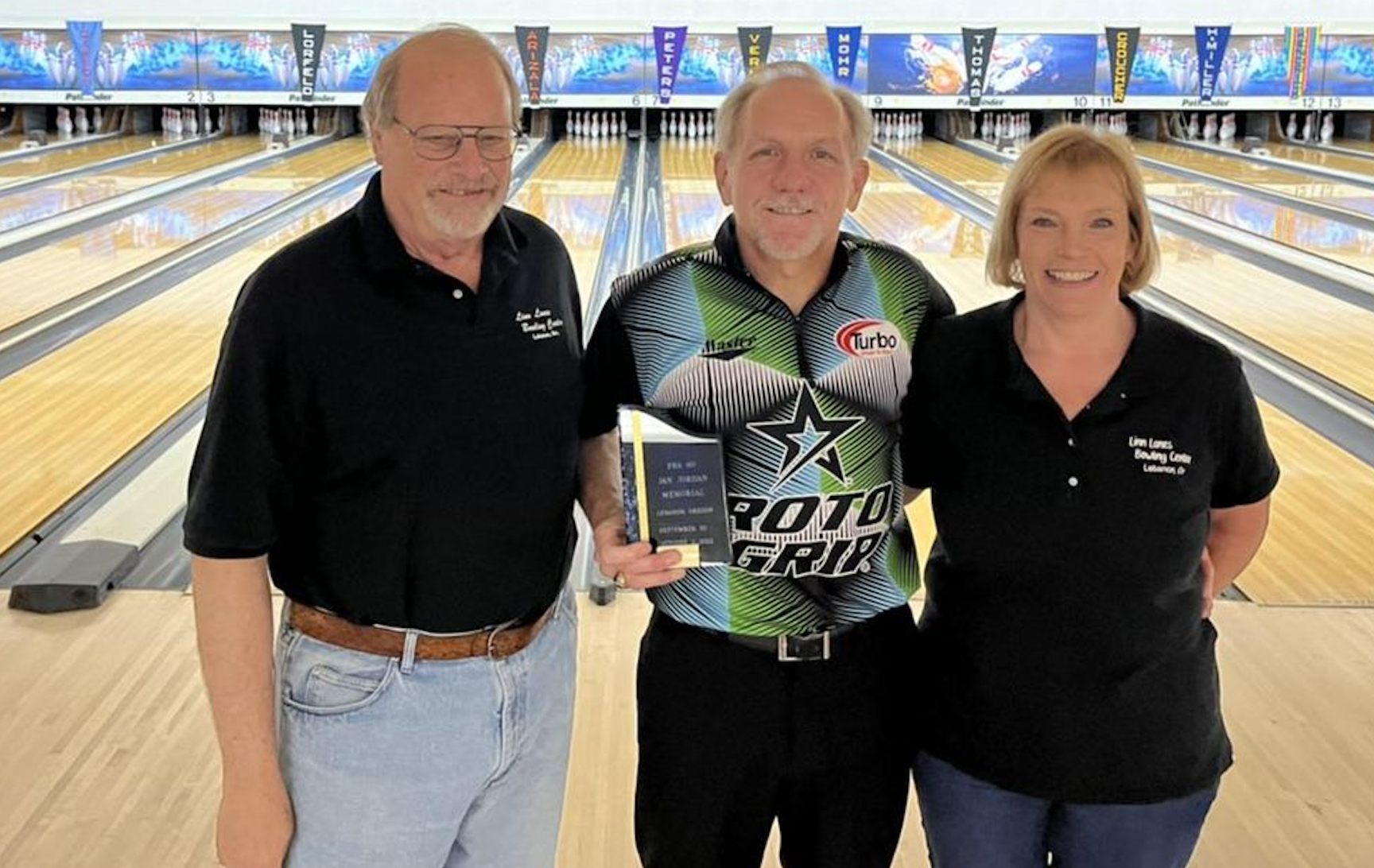 Ty Dawson was the lone super-senior to go plus on the Wayne Webb pattern at Linn Lanes in Oregon but superstar Ron Mohr was just 16 pins. The top eight moved into match play the following day, and there was no contest.

Mohr hit his stride midway through the day going 258-265-246 in games 3, 4 and 5, for the three highest games of the day. Dawson eventually put up a 267 in the position round to take that honor, but it didn’t matter as Mohr still won by over 200 pins for his 25th regional title.

Regions are starting to wind down as winter nears, so players need to be on their A-game if they want a spot into the RPI. Next up is the PBA’s Central Region RPI, where it’s bound to be a good one with the action we’ve seen there thus far. Along with that, seven other tournaments will convene between now and mid-October.

The rest of the PBA Regional Tour schedule is available here.