Just two 2023 Regional Players Invitational qualifiers transpired within the past two weeks, moving another four PBA and three PBA50 athletes into the RPI. This bout took place in Bluffton, Ind. in the Central Region, but seven other tournaments also took place, giving bowlers all over the United States a chance to earn more points toward the leaderboards. 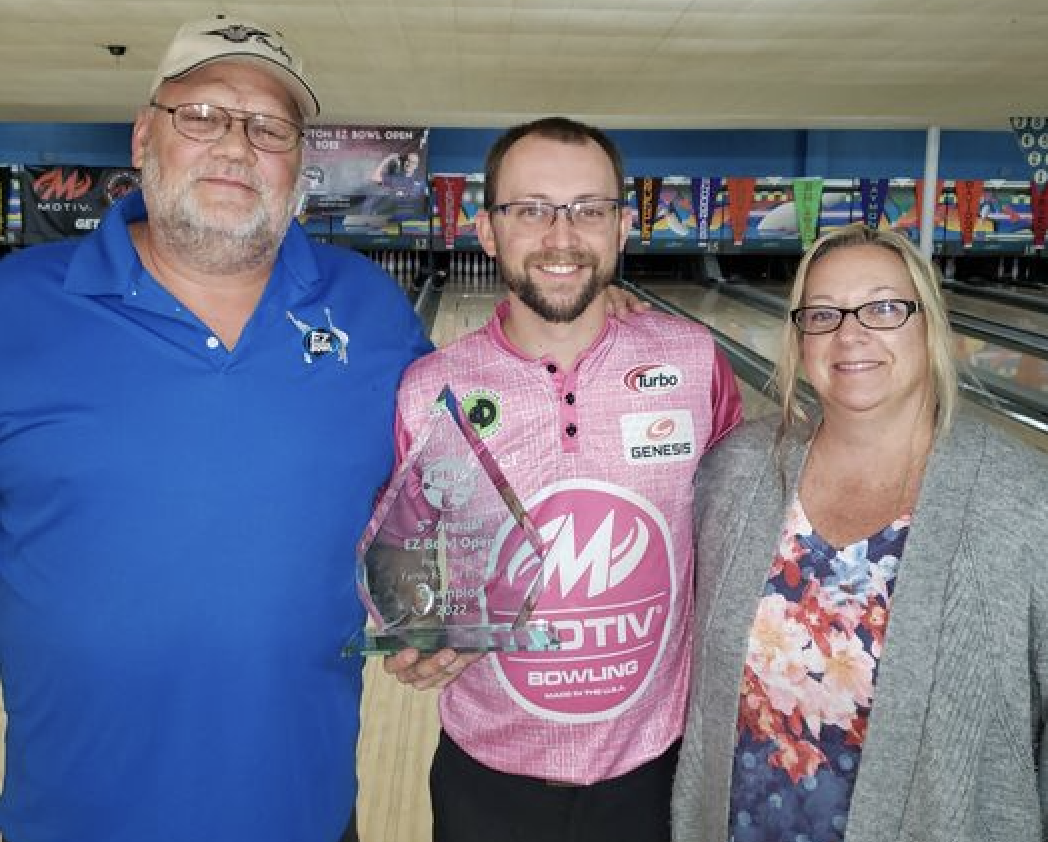 Patrick Dombrowski led the field of 56 in qualifying, but national tour powerhouse EJ Tackett didn’t sit far behind at +152, just two pins behind Dombrowski. The top third of bowlers moved onto the advancers round to bowl another eight games, aiming to jump into the top four for the stepladder.

After 16 games, EJ Tackett jumped into first at +217, while Bailey Mavrick, Zac Tackett, and Brian Robinson snagged the other three stepladder spots. Robinson took down Zac Tackett 195-180, then fell to Mavrick 206-190.

In a nail-biter final, EJ Tackett squeaked out Mavrick 248-246 to win his 10th PBA Regional title, while Mavrick, Robinson, Zac Tackett, and Michael Schlabach seized spots in the RPI. EJ Tackett is ineligible for the RPI after finishing in the top-50 during this season's national tour. 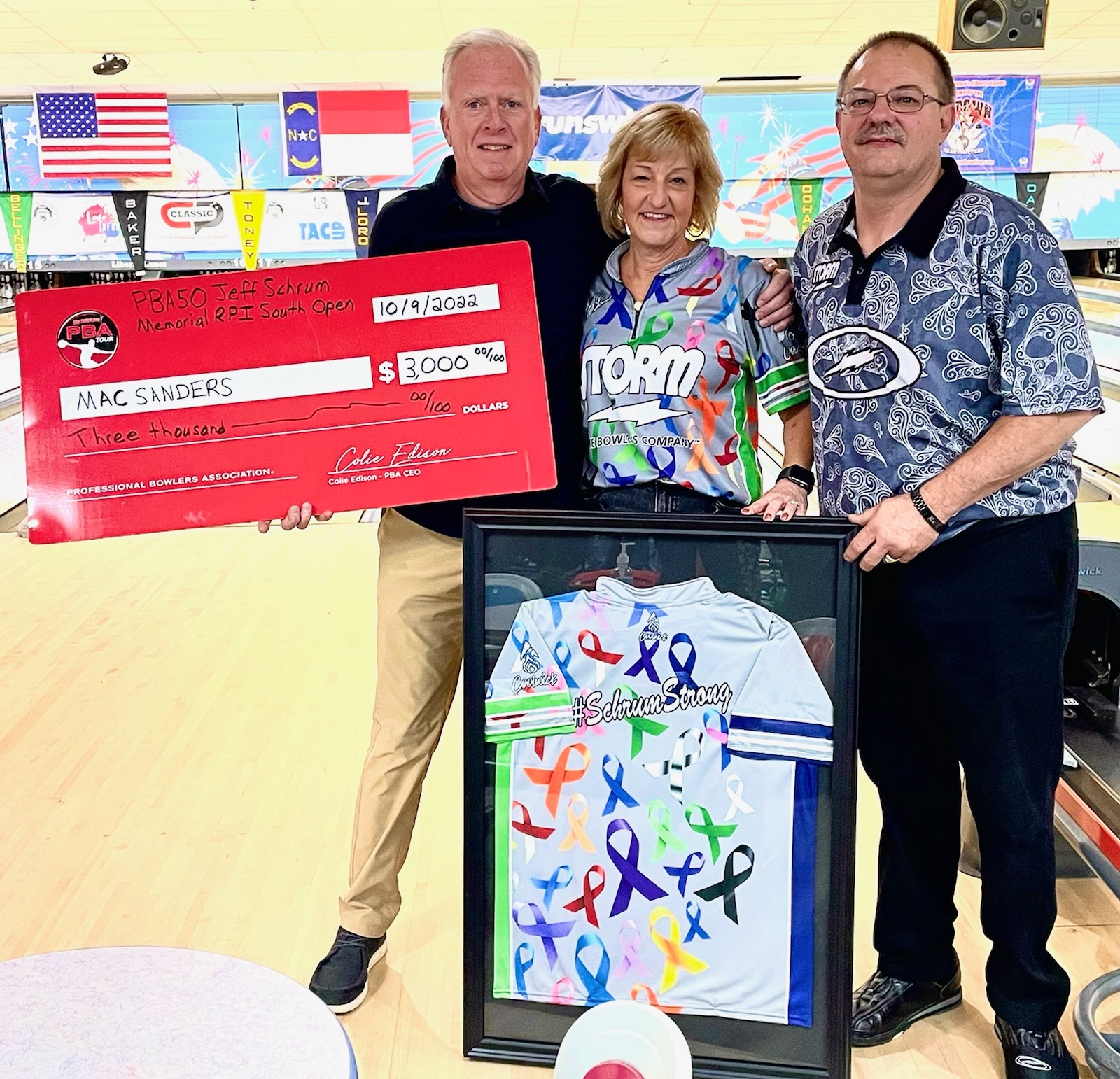 The 42’ Mark Roth pattern was very friendly to bowlers as a pair of 300s were thrown in qualifying by tournament leader Gary Faulkner and Ed Oakes, who qualified in sixth. It took a 221 average for bowlers to get in the single-elimination bracket, where three of the top four bowlers in qualifying who had earned a double-bye won their first match to move into the semifinals.

Mac Sanders powered through Walter Ray Williams Jr. 243-184, while Darryl Bower took down Lee Robison 238-221. In the end, Sanders defeated Bower 214-211 to pick up his second regional title, both of which came at Liberty Lanes in Gastonia, N.C. Sanders, Bower and Robison earned berths in the PBA50 RPI. 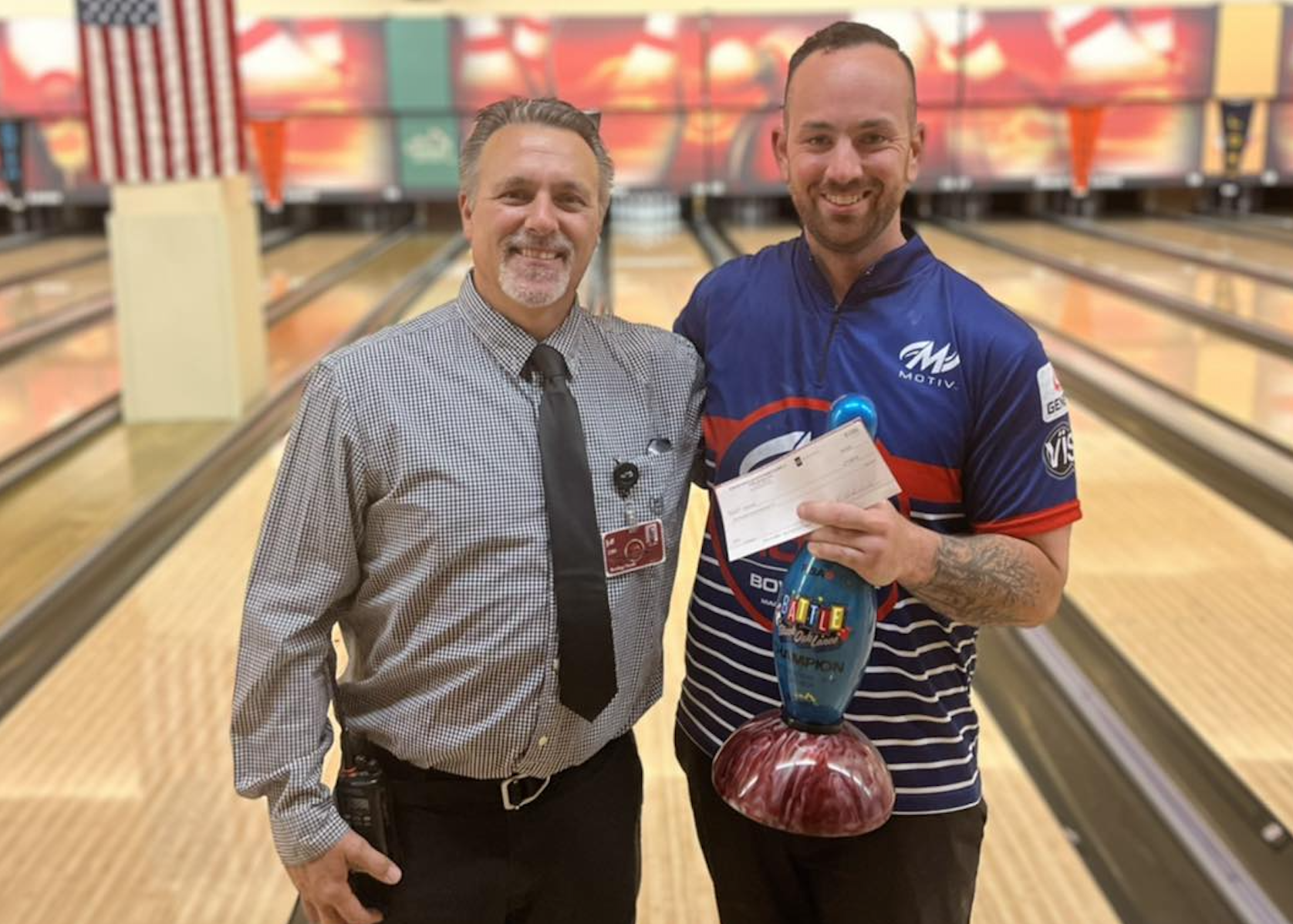 Forty-four members took part in the Battle at Black Oak in Tuolumne, Calif., but only 16 moved into the bracket. Lanndyn Carnate, Darren Tang, Tyler Cortez Schenck, and Bryan Hahlen earned double-byes, but Tang was the lone player to win his first match to head into the semifinals.

Jake Peters and Scott Boyle battled in the first semifinal match, but Boyle came out on top with a 267 in his last game to move onto the finals. In the other bout, Tang faced Wesley Low Jr. but dropped both games by 20 pins to fall in the semis.

Boyle’s momentum was too much to handle as he shot another 267 to Low’s 222 for his second regional title. 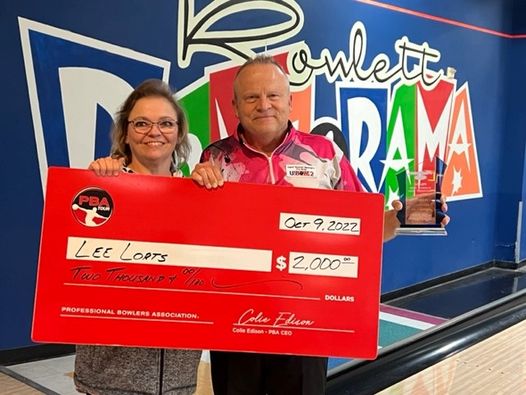 Mike Bailey led 36 Southwest bowlers in Rowlett, Texas on the Marshall Holman pattern at +101. Six others went plus and another five just snuck into the cut at -32 or better.

After 11 games of match play, John Burkett moved up the leaderboard to first at +406. Lee Lorts sat just 17 pins behind, meaning the position round would be a winner-take-all game barring any shake-up from below. 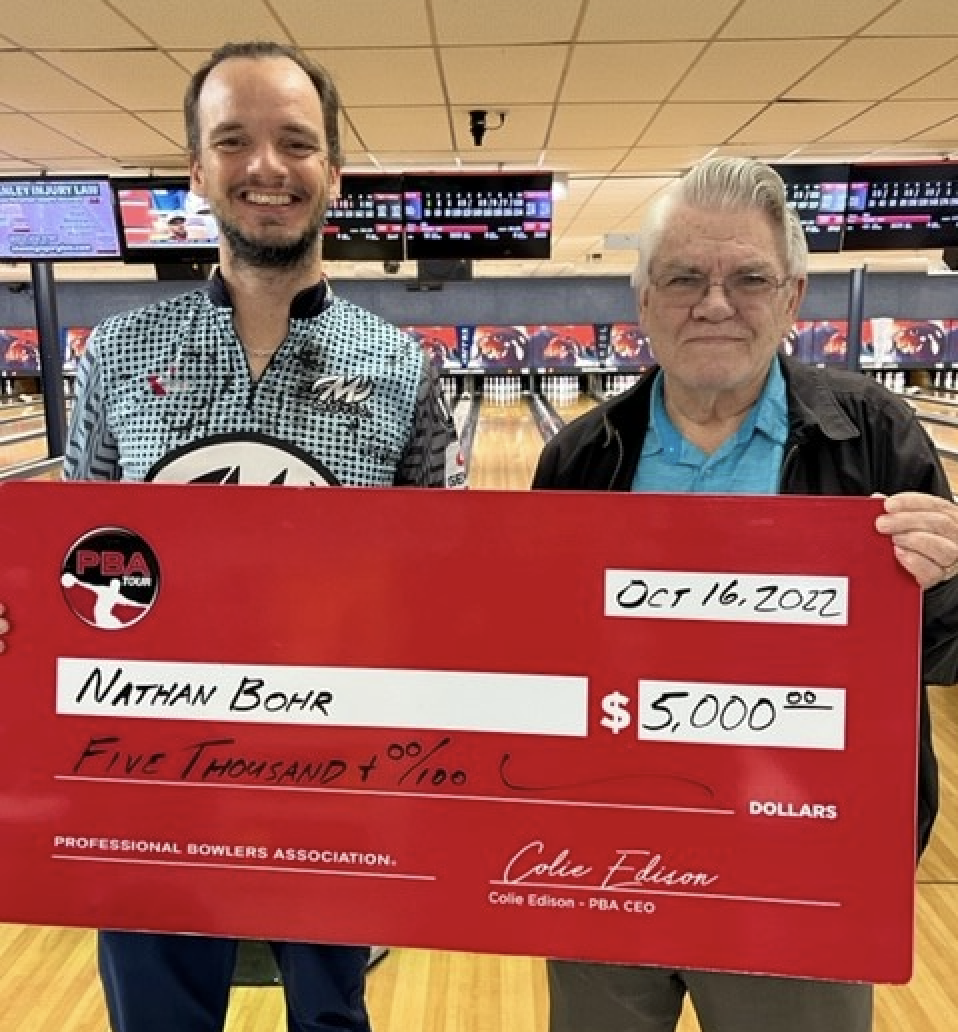 The following week, the young guns competed in Texas and 64 bowlers came out to play. Nobody ran away with the tournament on Saturday, but Nathan Bohr led the field at +261 with five guys behind him at +200 or better.

The 21 bowlers were cut to 12 on Sunday after the cashers round. Through eleven games of match play, Bohr retook the lead after relinquishing it for a short period earlier that morning. Bohr easily held onto the lead after the position round to claim his 25th regional title, which ranks among the top-35 in PBA history. 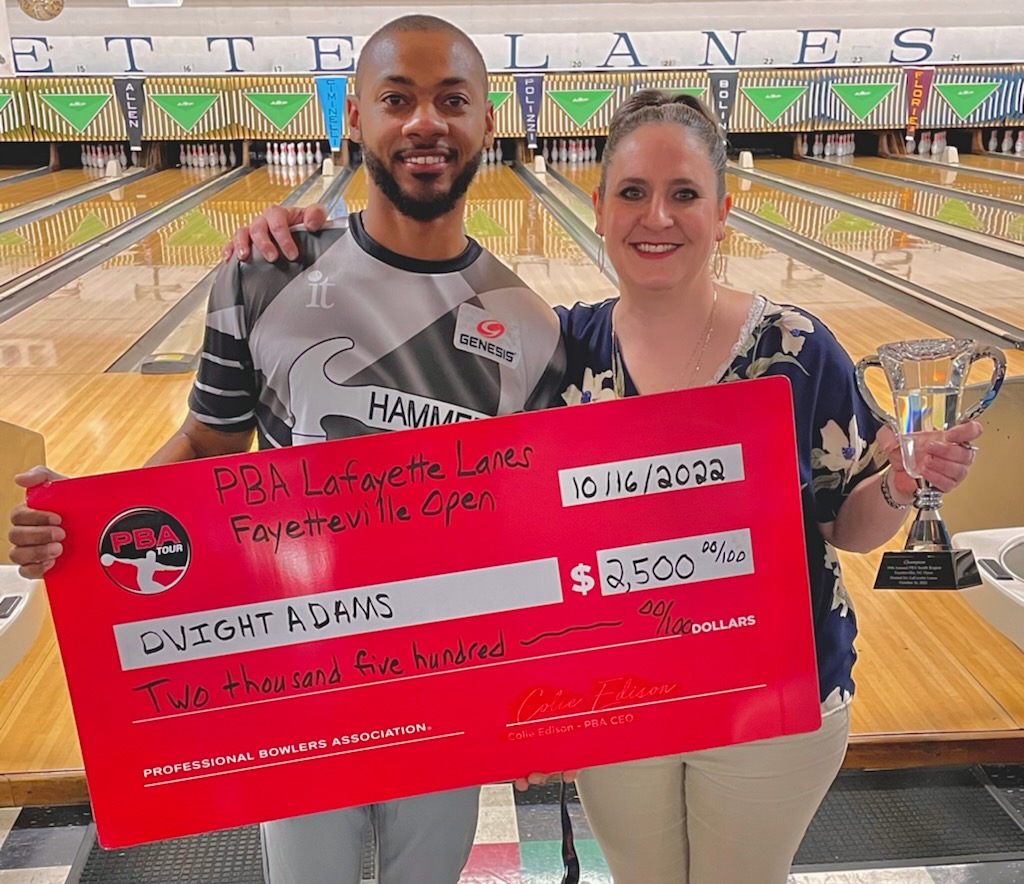 Four advancer rounds remained before the final match. Dick Allen jumped into the top spot following a 1,005 four-game block, and he stayed there until the last round when he faced Dwight Adams in the finals. Allen struggled to double, while Adams found a late double in the 8th and 9th frame, which gave Adams his first regional title. 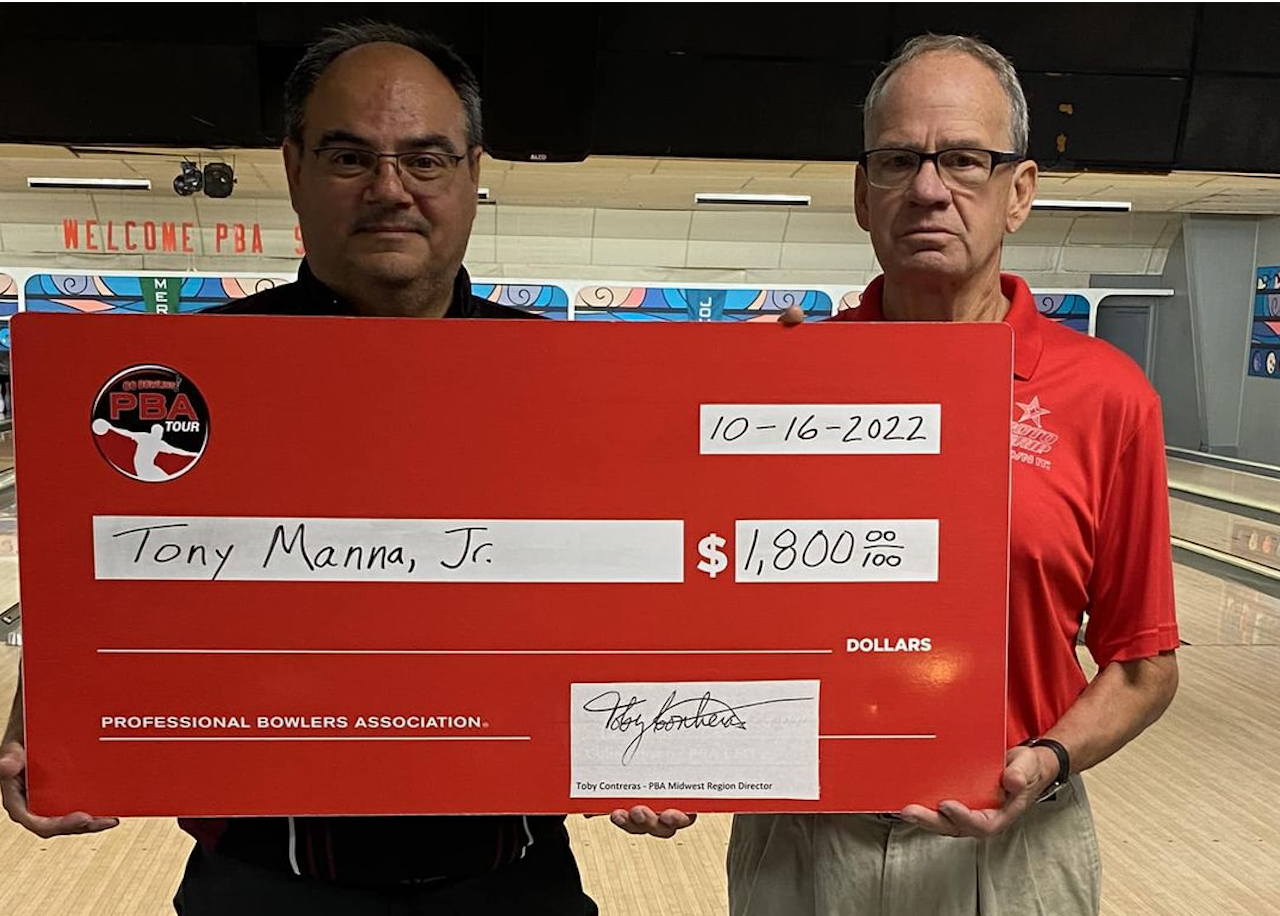 Back to the senior side of things, Atlantic, Iowa hosted 21 bowlers at Super Bowl on the 41’ Harry Smith pattern. Jeff Johnson led the field, going +277, with the next-highest bowler, Eugene McCune, at +139. Even with their earned byes in the first round, both fell in the semifinals in four games.

Anthony Jovanovich faced Tony Manna, Jr. in the championship round, but it was all Manna, Jr. as he swept Jovanovich 3-0. It had been a while for Manna, as his last regional title came in 1998. 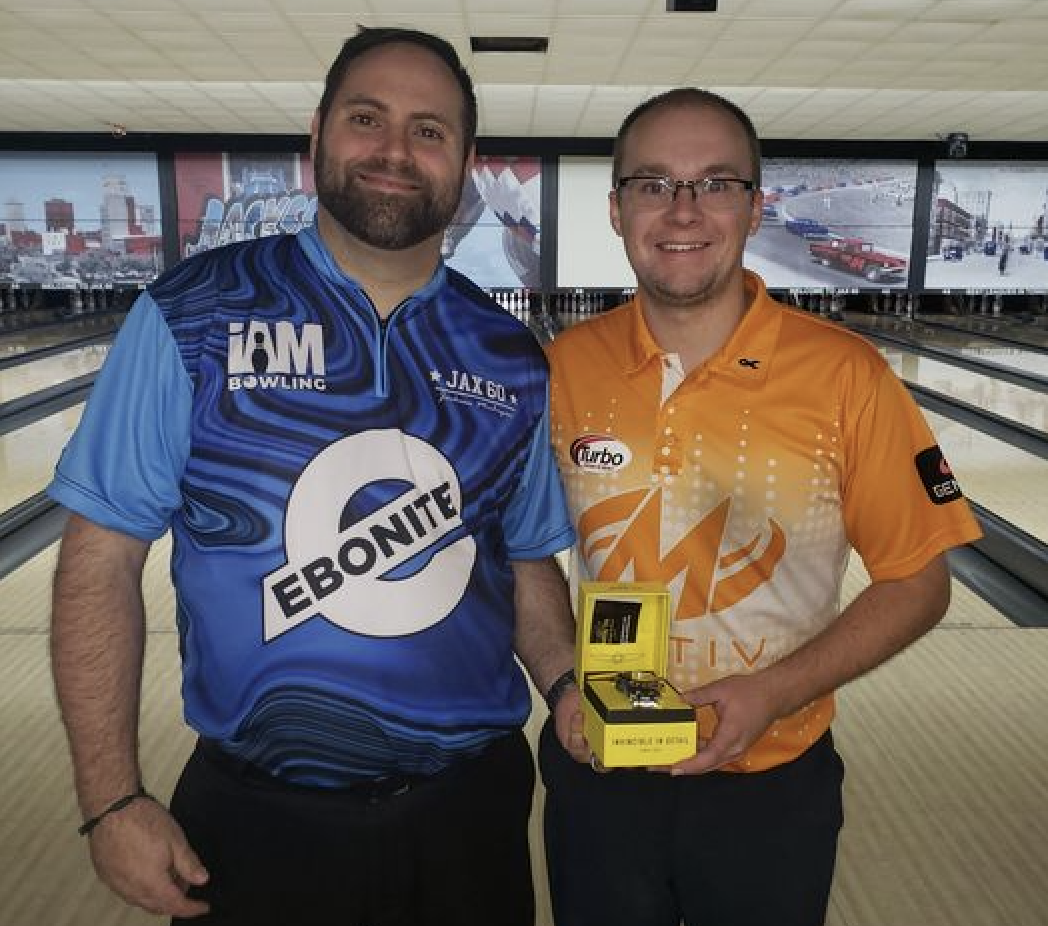 A one-day event wrapped up the weekend in Jackson, Michigan, where 54 bowlers looking for a title came together. For the second week in a row, Patrick Dombrowski led qualifying in the Central Region, but again, with plenty of work to do. He earned a bye, as did the other top qualifiers, and he won his first match to move into the semifinals.

Zac Tackett, Zeke Bayt, and Jeffery Mann also found themselves in the semifinals. Tackett took down Dombrowski 220-203 and Mann quickly handled Bayt 266-181 in the semis. In the finals, Tackett got it done 225-199 for his third career regional title.

This weekend, the Northwest Region RPI qualifiers will send four PBA and three PBA50 athletes to Las Vegas in January. Eight other events are on the schedule, so there’s plenty of action coming up.