Seven tournaments developed over the past two weeks, including five events transpiring over Labor Day weekend.

While bowlers attempt to climb into the top eight of their PBA region's points list and the top four in their PBA50 lists, they are also sharpening their tools for the upcoming RPI qualifiers. The first one kicks off on the 17th of this month, with a few more each month until December.

For now, bowlers are focused on adding another title in their name to the record books.

The West Region hosted their second annual doubles tournament in memory of Tony Reyes, who passed almost a decade ago and Terry Leong, who passed back in December 2020. This year's event raised $2,500 for the Tony Reyes Memorial Youth Scholarship Fund, which aims to help young bowlers in California's Bay Area.

Fifty-six duos entered 4th Street Bowl in hopes of bringing back hardware. After qualifying first, the first-rate team of Ron Mohr and Tyler Cortez Schenck cruised through match play to seize the No. 1 seed for the stepladder by almost 400 pins.

The PJ Haggerty and Rich Corwin duo defeated Matt Zweig and David Leverage in the first match, 384-379, and then knocked off Don Sutherland and Jake Odell 399-340.

Although Mohr/Schenck had built a colossal lead into the stepladder, things were all square with one game remaining. Haggerty and Corwin came out on top, taking the match 423-405, earning Haggerty his fifth title of the season and Corwin his third.

In the first sole senior event since the PBA50 national tour wrapped up, 56 bowlers departed for Allentown, Pa. to bowl at Jordan Lanes. Dave Wodka led the group at +198, while the final spot for match play went to Brett Karkheck at +7.

Those 16 who made the cut woke up on Sunday with plenty of games to bowl. Troy Lint found himself with a mammoth lead of almost 200 pins entering the position round, partially thanks to a 300 in Game 14. He lost his final game 278-180, but it did not matter as he snagged his fifth career title and second of the season.

The South Region doubled up by running two PBA50/60 events in the same week: one in Tennessee, followed by another in North Carolina. Twenty-seven teams entered the tournament in the Volunteer State, but only eight moved onto match play. Michael Haggitt and Keith Kolozsi qualified first, although the team of James Campbell and Mike Webb delivered a pair of perfect games to qualify third.

The next day, however, the duo of Pete Weber and Brian Kretzer stole the show to snag the No. 1 seed for the stepladder, followed by Gregory Turner and Terry Wiley. Tom Baker and Eddie Graham faced Campbell and Webb in the first match.

Baker and Graham earned the win 246-213, but fell to the Turner/Wiley team 278-221 in the semis. Then in the finals, the Weber/Kretzer show continued as they delivered a 234-182 victory. Kretzer picked up his 32nd career title, but made up no ground on Weber, who now owns 55 of them.

For the second doubles event of the week, 36 duos of senior and super-seniors came together at Victory Lanes Family Entertainment Center in an attempt to snag a title. Gary Faulkner and Walter Ray Williams Jr. smoked the field during qualifying at +556, while Pete Weber and Brian Kretzer followed behind at +398 and the next highest team at +166.

After match play, those two duos emerged as the only ones with a chance at first. Down by 25 pins, Weber and Kretzer struggled in the position round match versus Williams and Faulkner, losing 215-193. Faulkner added a fourth title to his résumé, while Williams Jr. grabbed title No. 61.

With only a few events completed for the PBA50 East Region, the PBA50 Strike Zone Alleys Open posed an opportunity for anyone looking to earn a spot for the RPI in January. Forty-nine bowlers took it upon themselves to test their luck, but only 12 bowlers advanced to the single-elimination bracket.

Surprisingly, all four bowlers who earned a bye in the first round won their second round match to move to the semifinals. In the first match, Glenn Smith squeaked by Jay Davis Jr. 177-170 to move on, while Troy Lint and Jeffrey Ripic must have hit an even harder pair, as Lint squeaked by Ripic, winning 154-145.

Smith and Lint put together a better final match, but Smith bested Lint in this one 218-202 to pick up his third career title. 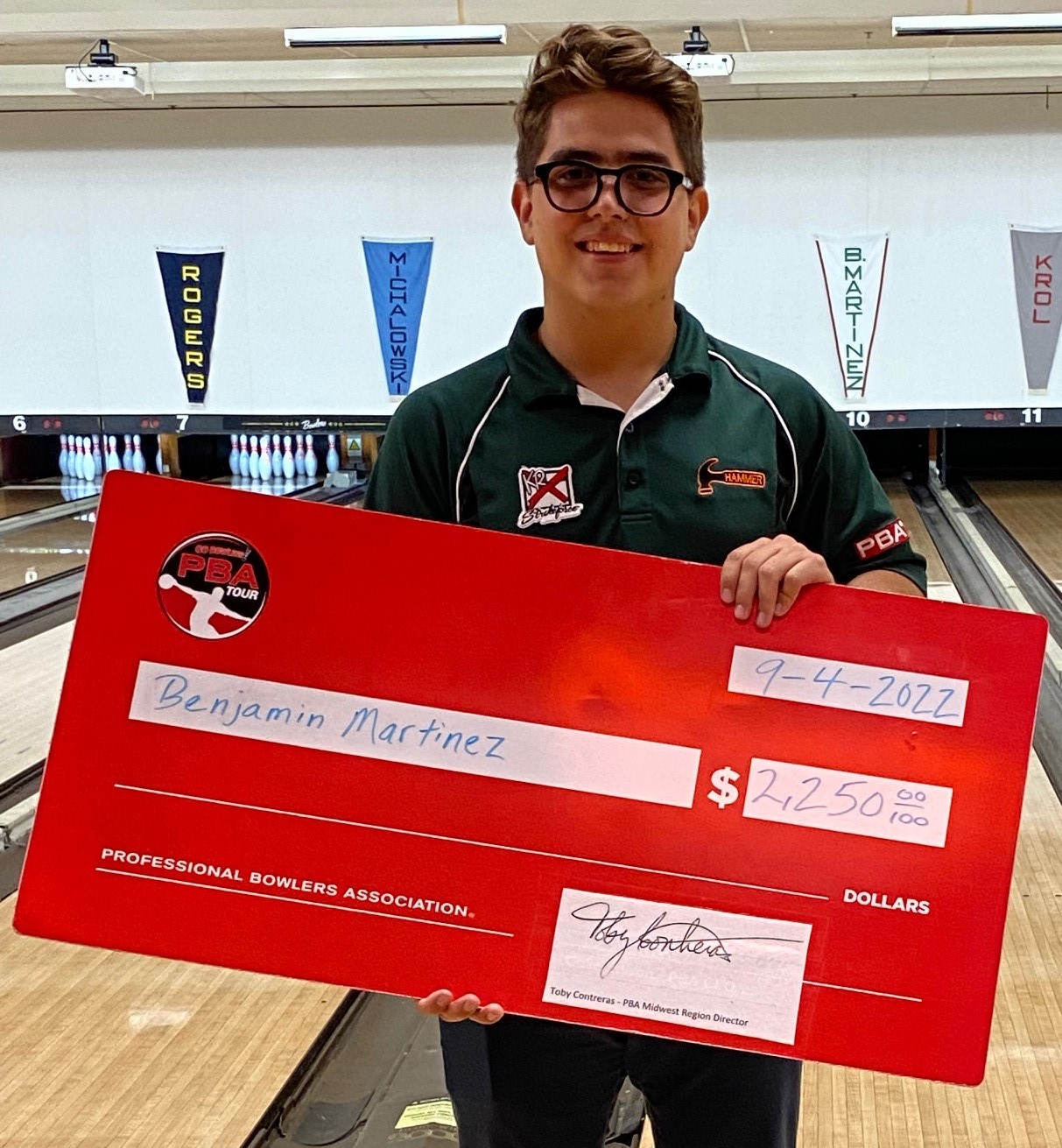 For the lone under-50 singles event this stretch, Bowlero Lakeside in Missouri hosted 48 bowlers looking for a regional title and some extra cash. Kevin McCune led the field at +185 for eight games, while the final spot went to Brennen Smith at -40.

After four games in the advancer round, the field split in half and Kamron Doyle took the lead. Benjamin Martinez snagged the lead after those eight players competed in a round-robin match play. Martinez held onto the top-seed after the position round, while McCune took the two-seed, and Tim Gruendler and Ben Sobel met in the first match.

Sobel defeated Gruendler 183-160, then took down McCune 187-140 in the second match. The pair remained strenuous in the Battle of the Bens as Martinez took the victory for his second title 182-163.

After the doubles tournament ended, Victory Lanes presented bowlers with a PBA50 singles tournament. The entry list hit triple-digits, so 36 bowlers, led by James Campbell, moved onto the advancer round to bowl another four games.

John Marsala then swooped into the lead to grab a double-bye along with Chuck Richey Jr., Gary Faulkner, and Tracy Golding. However, nobody took advantage of their position, as all four dropped their first match.

There are still over three months of regional competition left, but the first of many RPI qualifiers begin this month, starting with the PBA East Region, and then the PBA50 Southwest Region the following week. To see who captures a berth into the Regional Players Invitational over the next few months, you can follow along here at pba.com.