The fog clears each week as bowlers cement their spots to the Regional Players Invitational. Nine bowlers punched their ticket to the RPI in Las Vegas this winter, and they won’t have to travel too far as most of this group comes from the Northwest Region. Along with the qualifier, nine other events awarded titles to bowlers, including one to a legend coming out of the Midwest. 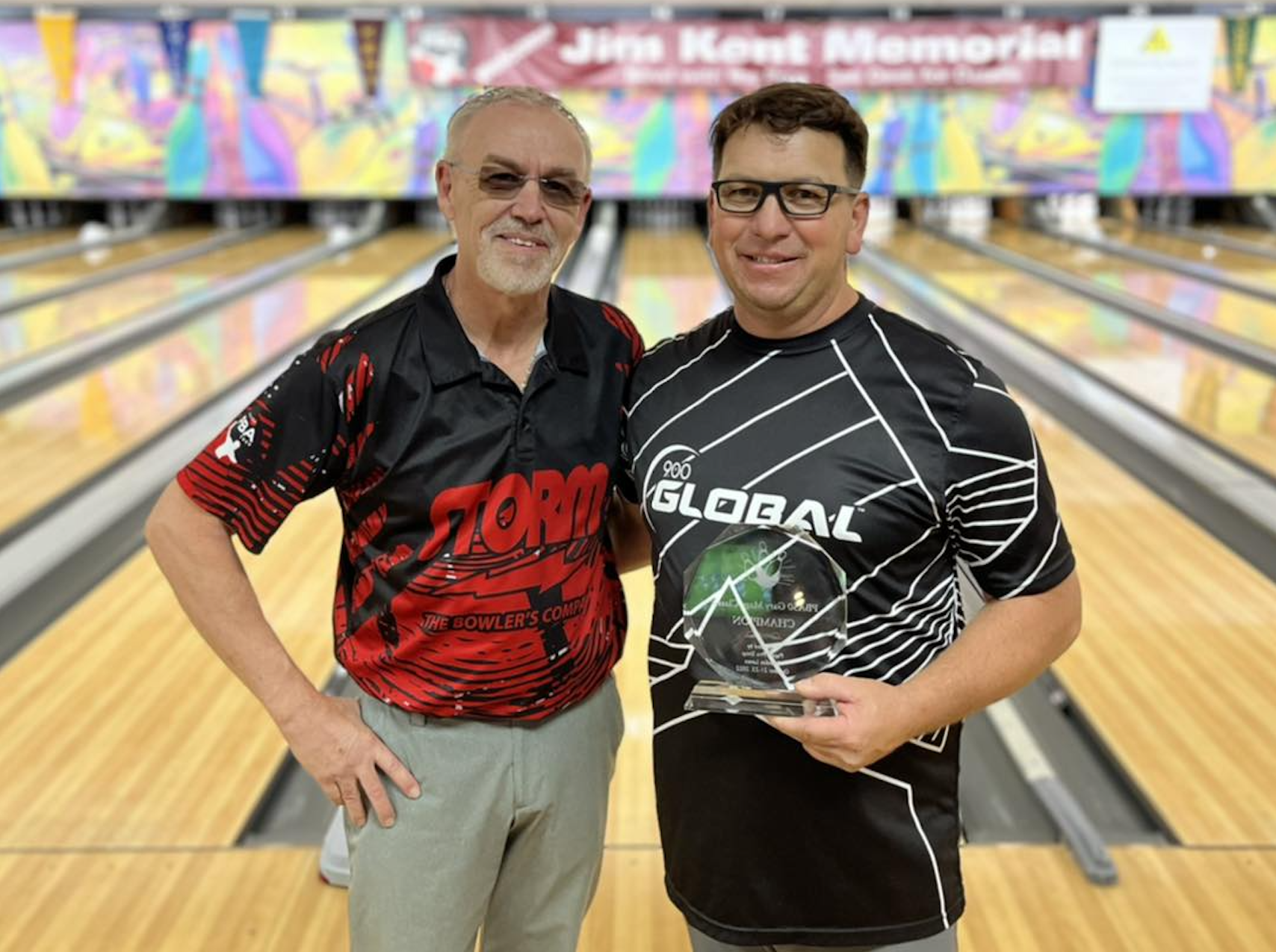 The seniors kicked things off at the trio of tournaments in Tacoma, Wash. and high scores were easy to come by. In the first RPI qualifier over the last two weeks, more than half of the field went plus on the Mark Roth pattern and it took a +81 score to move onto the Advancer Round.

Top qualifier Jodey Rees was knocked off by Michael Kennedy in the bracket, and Kennedy was then defeated by Shawn Horenberger. In the bottom half, Darron Peters took down David Leverage.

In the one-game final, Horenberger marked in the 10th to slide past Peters 217-212 to grab his first career title. Horenberger and Peters both punched their tickets to the final tournament in Las Vegas. 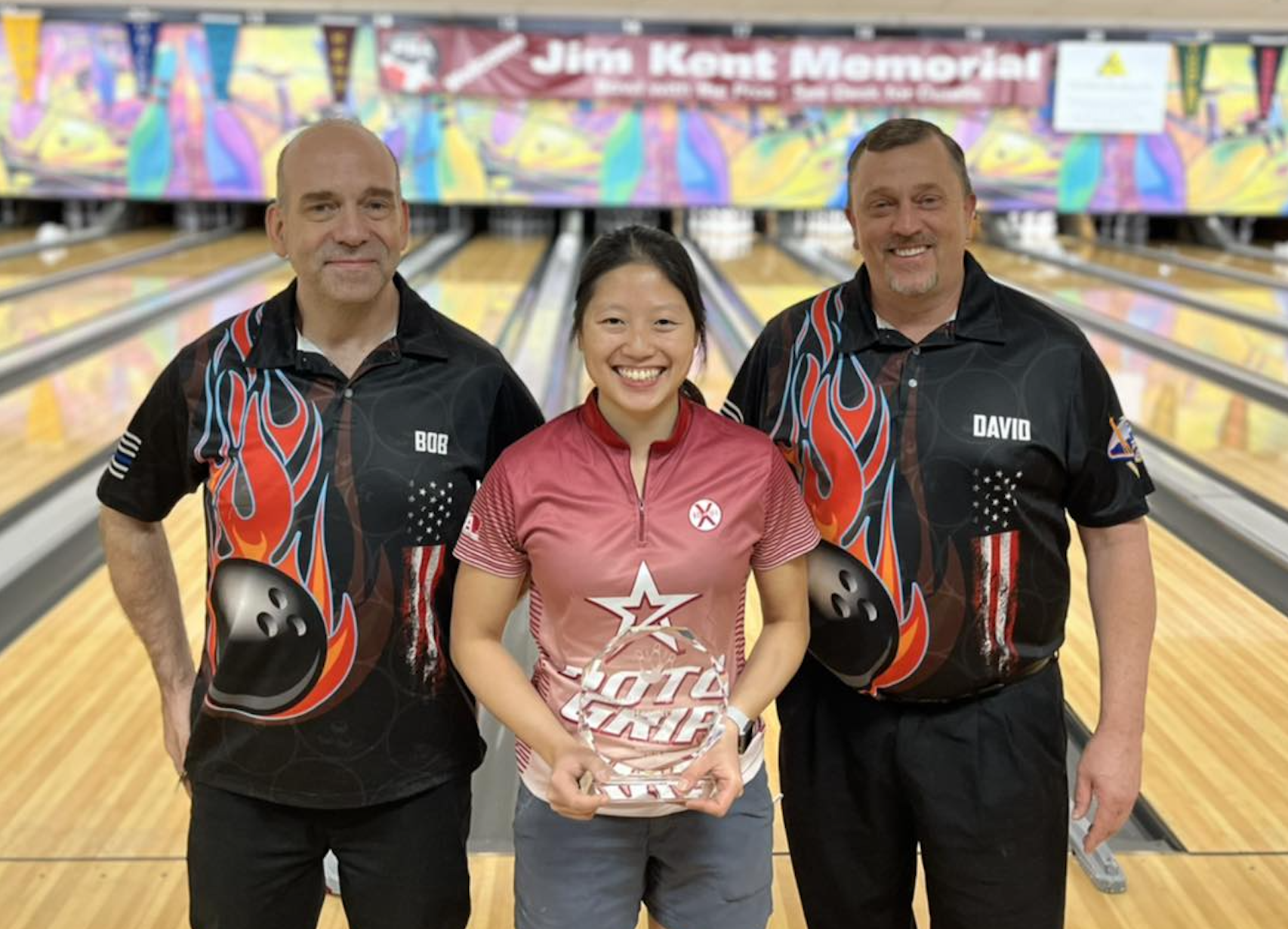 In the second of three northwestern events, 24 women showed up for six games of bowling, where the top eight advanced to bracket play. Samantha How led the field at +94 and won her first match to enter the semifinals. She lost to Kristen Quah, while Leea Haworth beat Kaylene Folks 2-1. Against the two-time defending champion, Quah emerged triumphant 188-175. 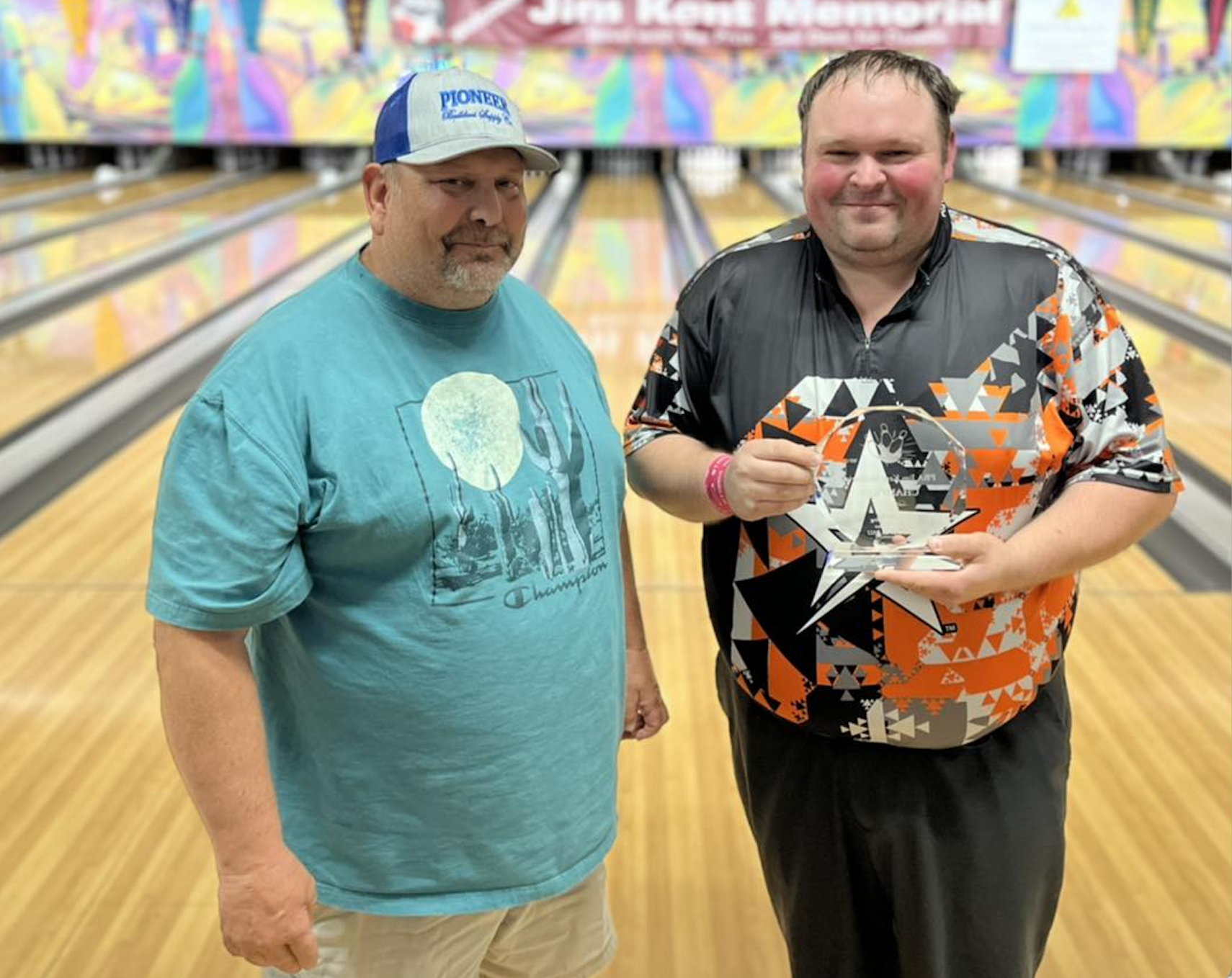 For the main card, EJ Tackett led the way with a 300 in Game 2, which propelled him to the lead after qualifying. He also stayed there after the Advancer Round to grab the No. 1 seed for bracket play. After defeating Clay Rees in two games, he fell in the semifinals to Gary Lenox.

Meanwhile, frequent finalist Darren Tang dropped his match in the semis to Evan Nash 2-1. In the finals, Nash grabbed the win 214-177 to earn 2,500 points and $2,200. He’ll be moving on to Vegas along with Lenox, Cameron Weier, and Tim Cagle II. 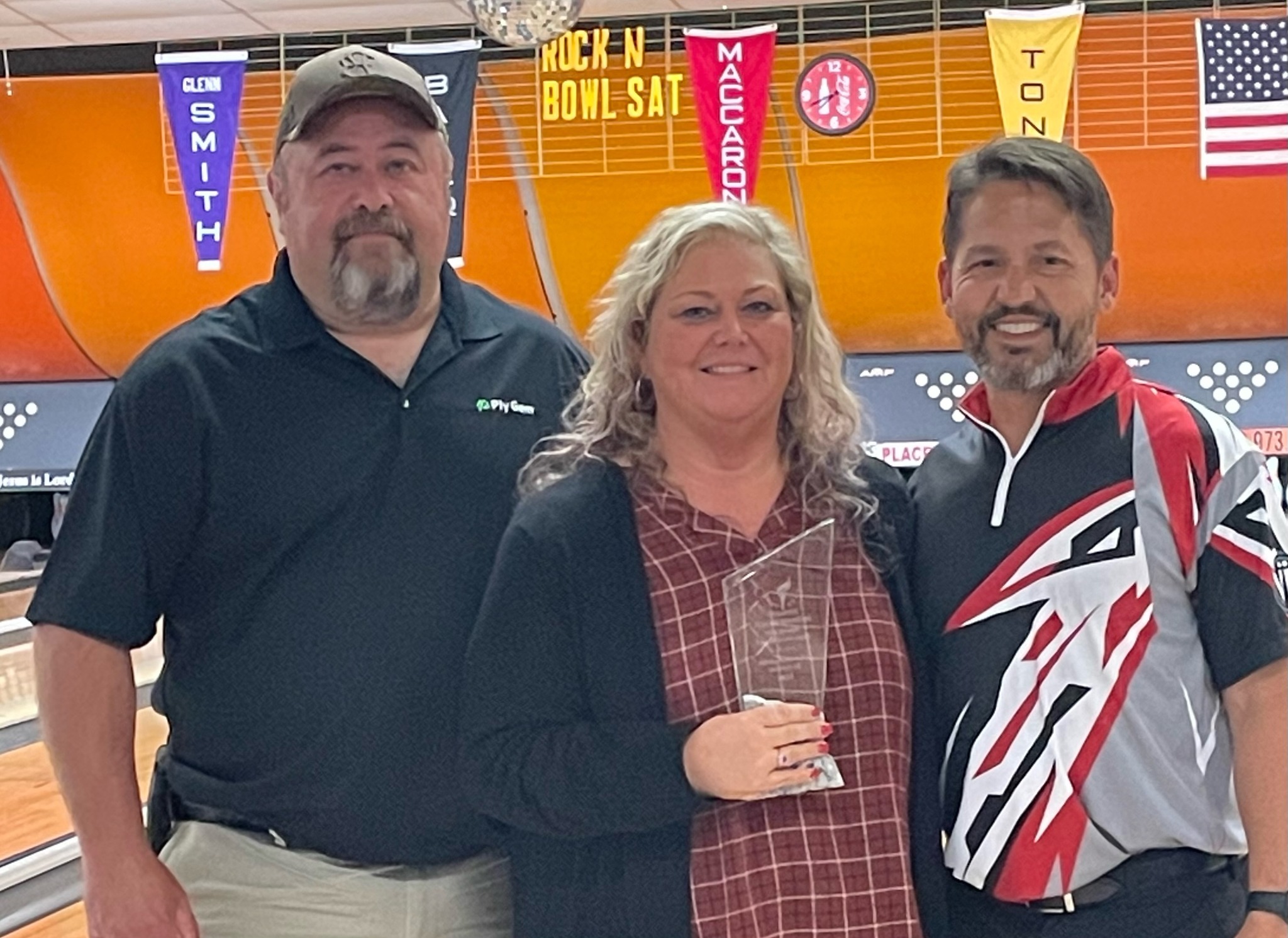 Moving across the US to the South Region, Victor Florie Jr., as he has done so often, found himself at the top of the leaderboard after Day 1. After the Advancer Round and a few head-to-head matches, Kip Roberts, Darryl Bower, Jay Davis Jr, and Mark Dixon emerged in the final four.

Roberts snuck by Bower in a tight match 167-163 after Bower opened in the 9th and 10th, while Davis Jr. shut down Dixon 234-179. The final match was close throughout until Davis Jr. opened twice late to open the door for Roberts, who slammed it shut. Roberts struck on his first ball in the 10th to win 208-192. 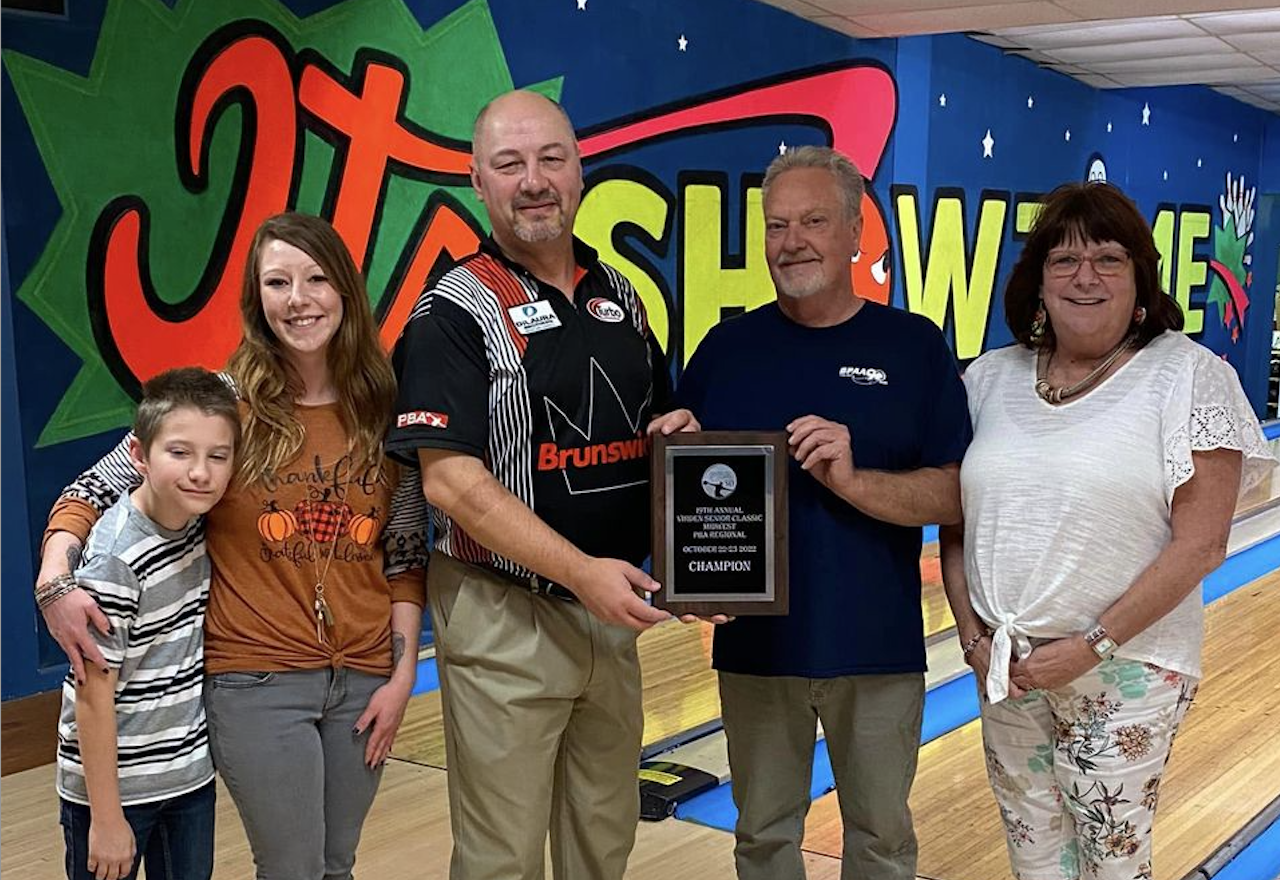 The 20 bowlers who came out to Showtime Lanes put up some solid scores. Larry Verble qualified first at +243 for eight games, while Jeremy Wolfe took the last spot at +153. Although Verble earned a round off, he never lost his momentum and won his first match against Gary Alstott 3-1. The No. 2 seed Steve Jaros would be Verble’s opponent after he defeated Tom Adcock 3-0, and once again Verble stayed strong. After delivering a 289 in Game 1, Verble won the second game, lost the third, but won the fourth to clinch his sixth regional title and first since 2016.

Beginning the second half of recent tournaments, the East Region and Timber Lanes hosted 51 bowlers and set them up with the Johnny Petraglia pattern. Ryan Shafer, the 2022 PBA Tony Reyes Community Service Award winner, from Horseheads, N.Y., started with the lead at +256 for eight games. After a pair of advancer rounds, he dropped to second for the stepladder.

Robert Mockenhaupt slid past Shafer by just five pins for the top seed, while David Handlowich Jr. and Dave Davison earned the final two spots. That pair fought in the opening match, where Davison slipped past Handlowich Jr. 203-191. Shafer struggled to get anything going in the second match as Davison moved on 195-158. The tides had turned in the final match, as Mockenhaupt took the 187-159 win for his first career title.

Thirty-six bowlers came to the Midwest event at 4 Seasons Bowling Center last Saturday and the top-12 returned on Sunday. Anthony Jovanovich had the lead after Saturday at +148 for eight games, but nothing stayed the same the following day as the leaderboard shook up from top to bottom.

Eugene McCune took the lead after bowling 262 in the position round, while Brian Kretzer took the No. 2 seed and Pete Weber snagged the third and final seed for the stepladder. Weber cruised past Kretzer in the first match, 227-157, and followed it up with a big game over McCune, winning 277-241. This marks Weber’s 56th career regional title, keeping him in third all-time, but now just five behind Walter Ray Williams Jr. and three behind Chris Warren.

Weber, McCune and Steve Jaros earned berths to the RPI. (An earlier version of this story said Jovanovich was the third player to earn an RPI berth, but tournament directors awarded the spot to Jaros after further examination.) 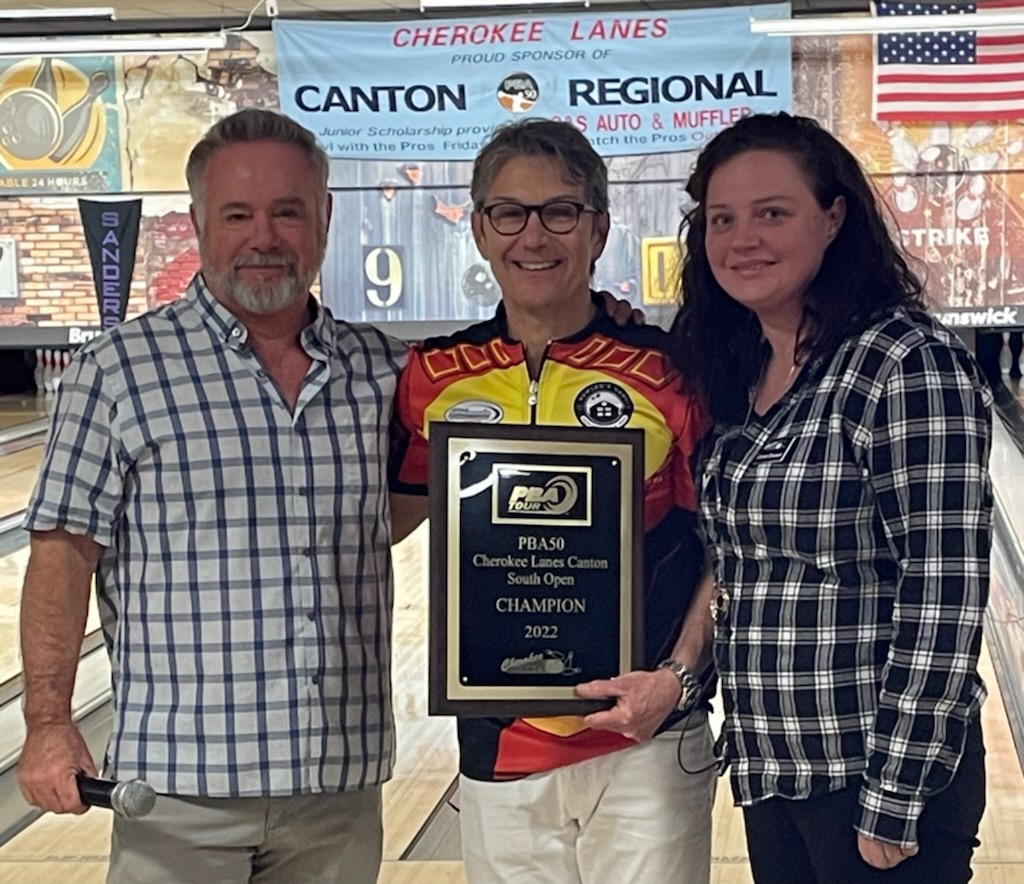 In Georgia, Amleto Monacelli and James Winterfield were the only two of 65 players to roll all eight games above 200. Those two, Walter Ray Williams Jr. and Stoney Baker all earned a double-bye for the single-elimination bracket.

Monacelli and Winterfield won their first matches to move onto the semifinals, where Monacelli faced John Dougherty III, and Winterfield bowled Dan Knowlton. Chalk continued as Monacelli won 269-198 and Winterfield defeated Knowlton 239-182. The final match went the way of Monacelli 214-154, as he earned back-to-back wins at Cherokee Lanes and his third career regional title. 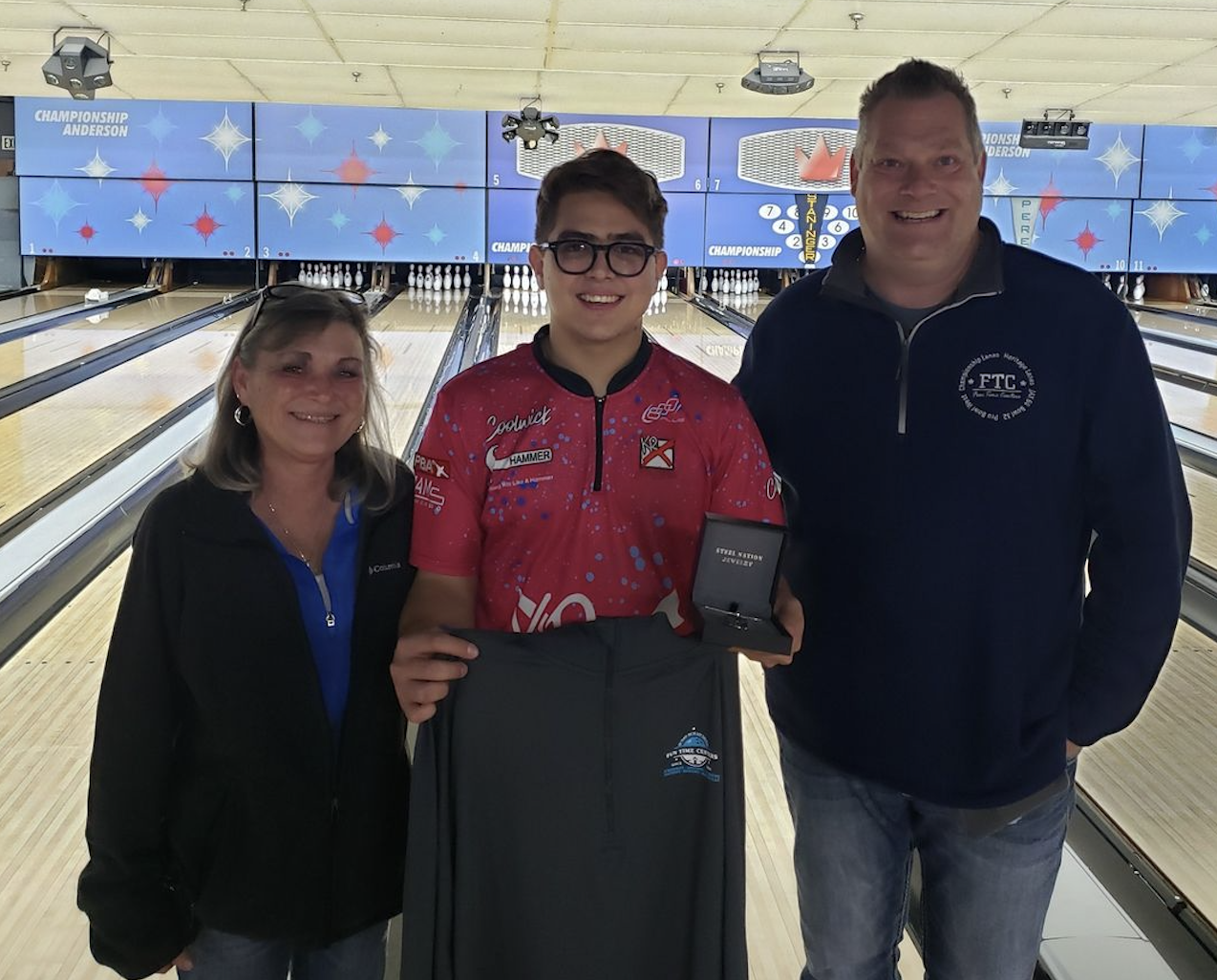 The one-day event in Anderson, Ind. drew in 78 bowlers who aimed for the top-16 to get into the bracket. Zach Weidman led at +223 for eight games, while PBA Jr. star Landin Jordan earned the last spot at +72. Weidman and Chris Via battled in the top-half semifinal, but Weidman moved to the finals, winning 222-190.

Benjamin Martinez may have been the No. 15 seed, but the three-time 2022 PBA Regional champ was no Cinderella. He won a pair of matches then defeated Jeffery Mann 246-194 in the semifinals. Martinez kept trucking in the finals, upsetting the top seed Weidman 242-233 to pick up his fourth title of the season and $2,200. 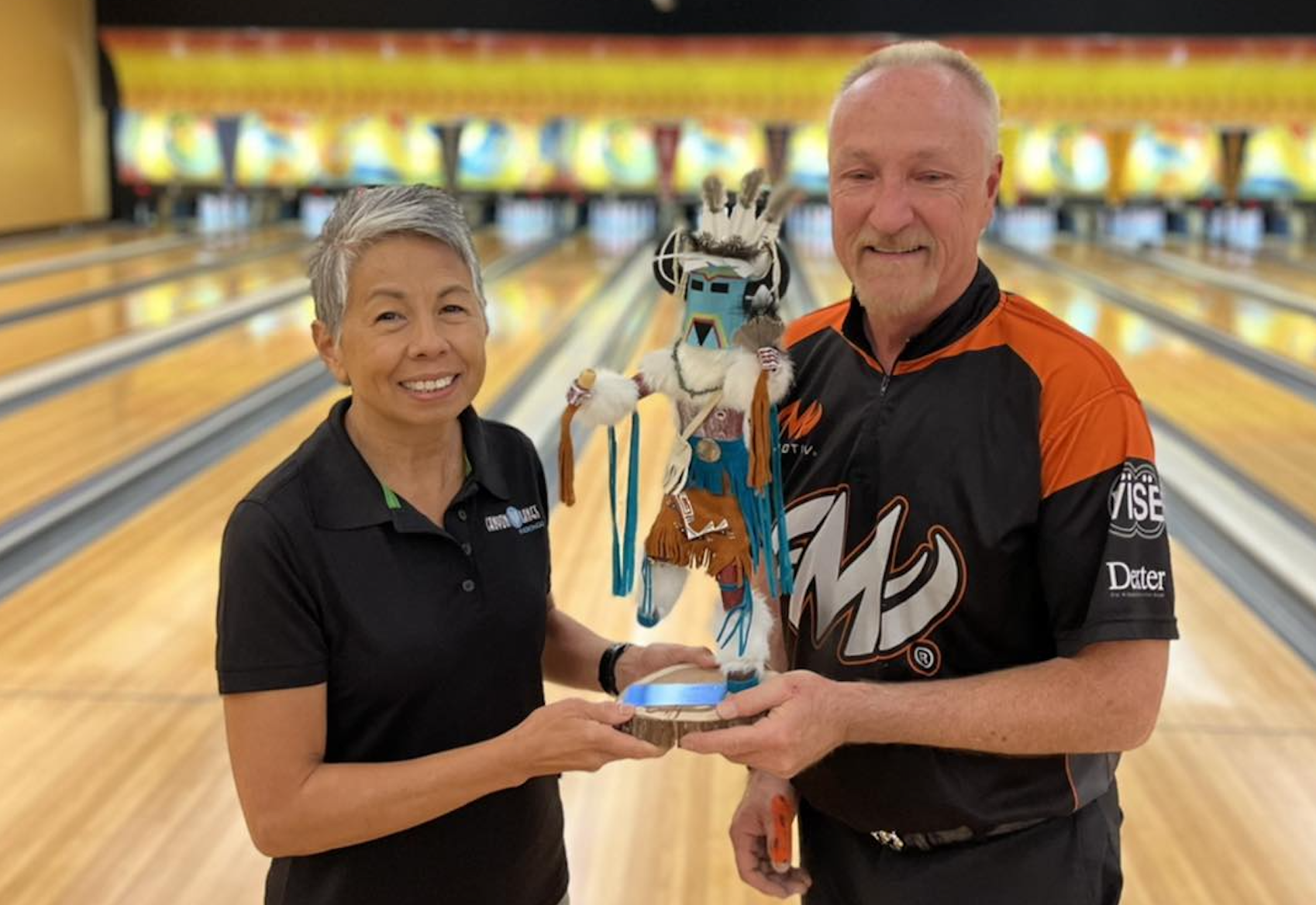 For the final event, the seniors bowled out west in Cabazon, California. Walt Blackston earned the top qualifying spot at +232 for eight games, while Alan Grobmeier took the final spot at +108.

As usual, match play on Sunday shook things up as David Leverage had himself a day, going 10-1 to jump from 10th place to first. He held a 104-pin lead over Warren Eales entering the position round, and held him off to win his first title of the season and eighth of his career.

The RPI qualifiers pick right back up this weekend in Las Vegas, where four PBA bowlers and three PBA50 players will clinch spots in the final tournament. Over 2,500 miles away in Binghamton, N.Y., the East Region will hand out spots to three PBA50 bowlers as well.