For the second straight year, Jake Peters has been selected to receive the 2022 PBA Steve Nagy Sportsmanship Award.

Peters, Tommy Jones, BJ Moore and Brad Miller earned nominations from PBA players who competed in over half of 2022 national tour stops. Peters received 38.5% of the votes, with Jones receiving 27%, Moore 23% and Miller 11.5%.

“I feel completely overwhelmed and excited,” Peters said. “This award is something you don't win. It's something that your peers select you and find you deserving of (because of) the type of person and character you are. I'm so blessed to have such amazing friends and family on the PBA Tour and for them to think of me, it's unbelievably special and overwhelming."

While Peters has long been one of the PBA’s exemplary characters, the grace he displayed through personal adversity — losing his wife, Melissa, in May 2021 after a battle with breast cancer — magnified the reverence for him around the PBA. 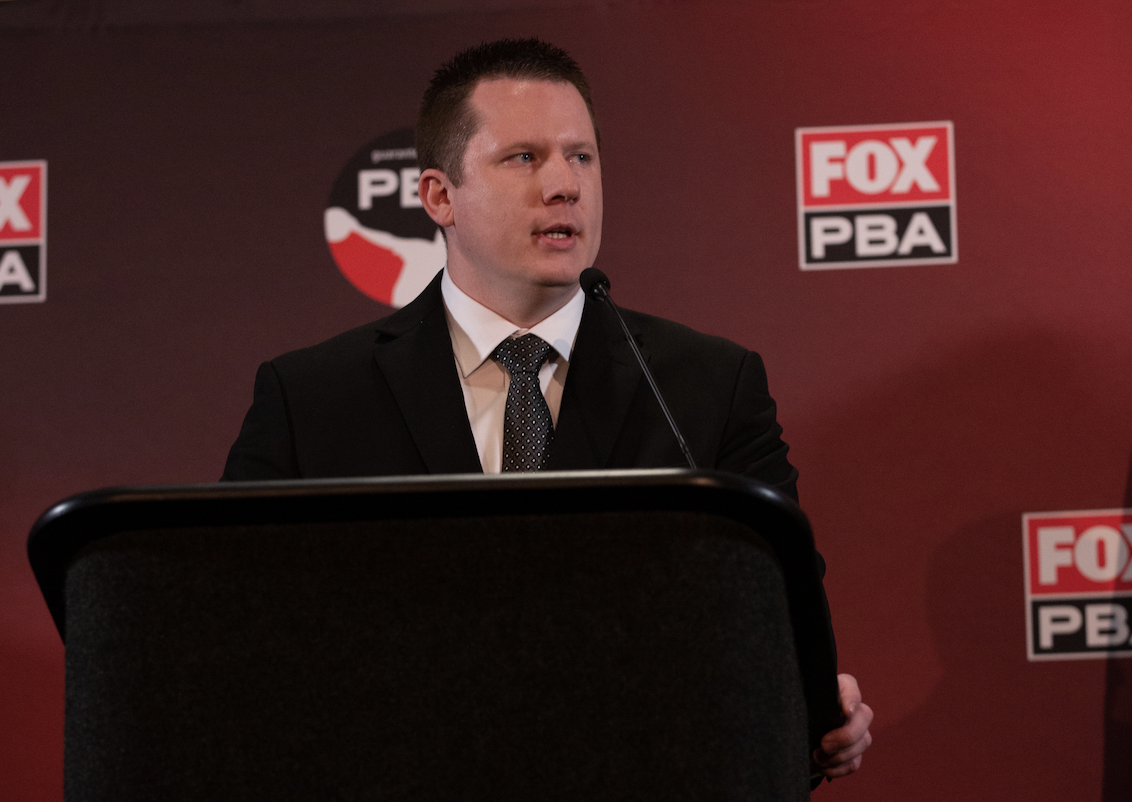 Peters said he felt overwhelmed during the surreal moment of accepting the 2021 Steve Nagy Sportsmanship Award at the 2022 PBA Hall of Fame dinner.

While accepting the award at this year’s Hall of Fame dinner, Peters received a lengthy standing ovation.

“The entire PBA community was so supportive of everything that my family and I went through the year before,” Peters said. “To look out and see all of them applauding with respect was just so amazing. I truly feel like they're family, so to feel the exact same coming back was just so special to me.”

Peters, 33, becomes the 17th player to win multiple Nagy awards and the first back-to-back winner since Justin Hromek in 2002.

Peters said he has understood the significance of the Nagy award since his childhood. He said having his name etched in PBA history alongside the greatest guys ever to play the game is unbelievable.

“Jason Queen from my hometown had the opportunity to win it,” Peters said. “That was always a huge deal to us growing up, because it proved that your peers think you’re a great person.”

The PBA’s sportsmanship award honors Steve Nagy, a PBA Hall of Famer and founding member. He was instrumental to the early success of the PBA. The award has been awarded since 1966, the year of Nagy’s death.