While Chris Via and Bryanna Coté’s lead survived C-squad without much doubt, it became evident early in D-squad that at least one team would surpass them. In fact, three teams bested their 3,245 series.

The second day of competition at the Storm PBA/PWBA Striking Against Breast Cancer Mix Doubles Tournament wrapped up qualifying. Via and Coté held onto fourth place after leading Day 1.

Malott threw a 900Global Altered Reality for almost the entire block. Though he said he considered changing balls a couple of times, he stuck with what was working.

“How do I get out of this ball when it's controlling the pocket and still going through the pins?” he said.

Sellens joked the two have been partners for all of five minutes. For different reasons, they each found themselves in need of a partner a few months ago. But the two were already on the same wavelength as they both contacted Tommy Jones to help find a new partner.

When the option to bowl with Sellens arose, Malott said he was all in. Their easy going nature made developing chemistry seamless. Lots and lots of striking did, too.

Bill O’Neill and Shannon O’Keefe, who have won the event three times since 2013, qualified second. They sit just one pin behind Malott and Sellens.

Matt Russo and Sydney Brummett qualified third with a 3,262 (+462) series. Russo ended his evening with a 300 game, the fourth perfect game of D-squad.

Ryan Ciminelli accounted for half of D-squad’s 300 game total. He shot 300s in Game 4 and Game 7 en route to shooting 1,753, the third-highest among all players. He said that was the first time he’s shot two perfect games in the same day during his professional career.

Ciminelli and his partner, Dasha Kovalova, qualified in fifth place overall. Five of the top seven teams bowled in D-squad. 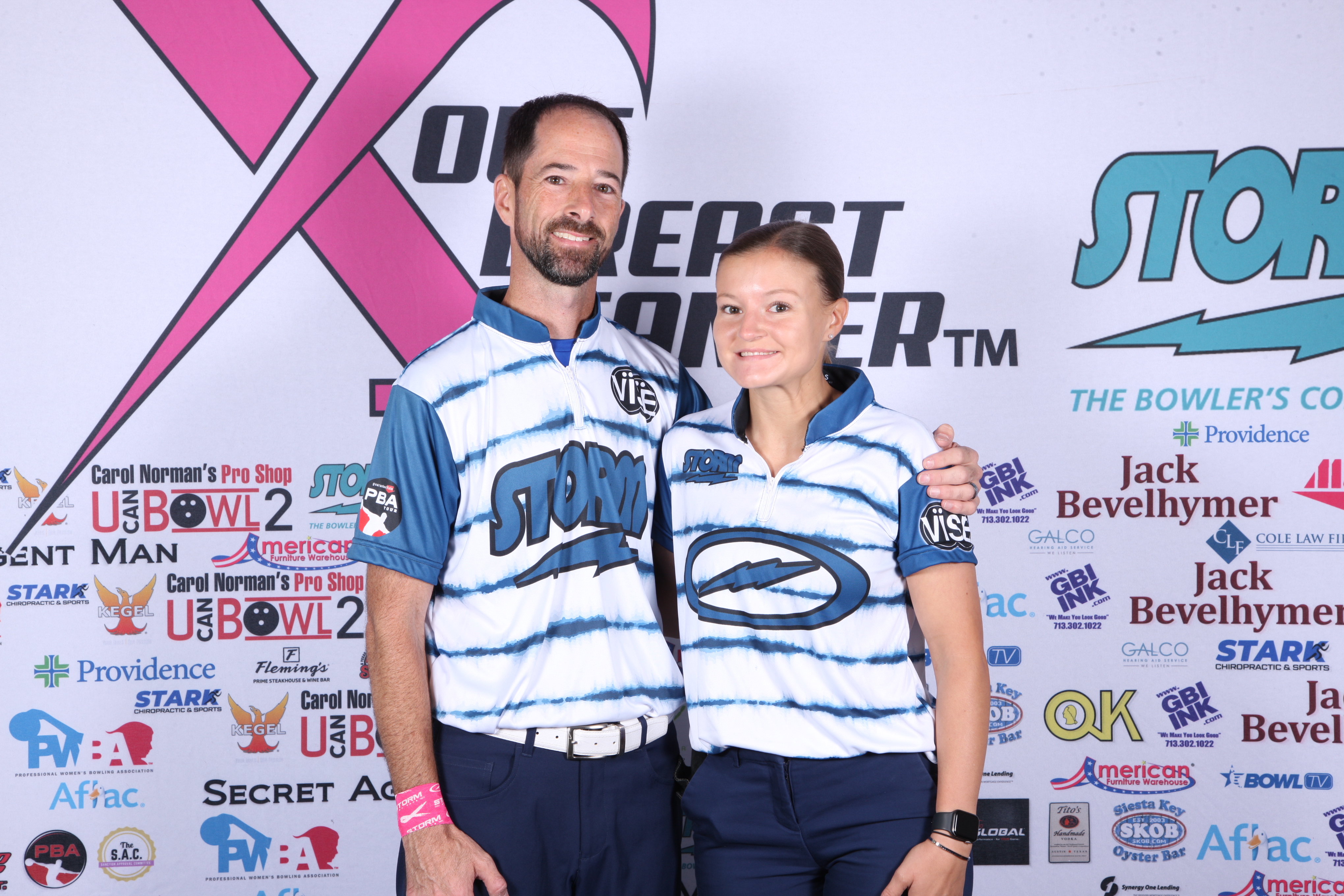 Riccardi now lives in Florida and planned to make his Luci debut with his wife. After she decided to not bowl due to a nagging back injury, Riccardi called up his friend from his New Jersey days.

After Lukosius’ block of 1,646 bested the women’s field, it’s safe to say he made the right call.

“I tried to stay as far right as possible,” Lukosius said. “I'm not normally comfortable with that. I normally like to jump in, that's my comfort zone. So I'm proud of myself and I stayed with it.”

Riccardi said it seemed like many of the men during C-squad jumped left, which only benefited Lukosius. She said she made just a single ball change, from a Storm Physix to an Infinite Physix, during Game 6.

Lukosius and Riccardi sit eighth in the overall standings.

Anthony Simonsen and Liz Johnson were the cut number at 3,010 (+210). The wildly accomplished duo held on to the final spot in Sunday’s semifinals by three pins.

The top 40 teams will bowl five games Sunday morning and the top-eight will move on to round robin match play Sunday afternoon.

Watch all rounds of the 2022 SABC Mixed Doubles Tournament on BowlTV.