Each tournament champion and runner-up in the U18 Boys and U18 Girls divisions earned a spot in the national championships. All six champions earned a $2,000 scholarship.

Vivian Luna and Melia Mitskavich advanced in the East Region’s U18 Girls division from AMF Strathmore Lanes in Aberdeen, N.J. Daniel Robertson and Andru Blaney earned the U18 Boys spots.

In the Midwest Region, the advancing girls were Abigail Starkey and Gianna Bandolino. Zach Andersen and Devan Skridla secured the boys spots from AMF West Lanes in Milwaukee. 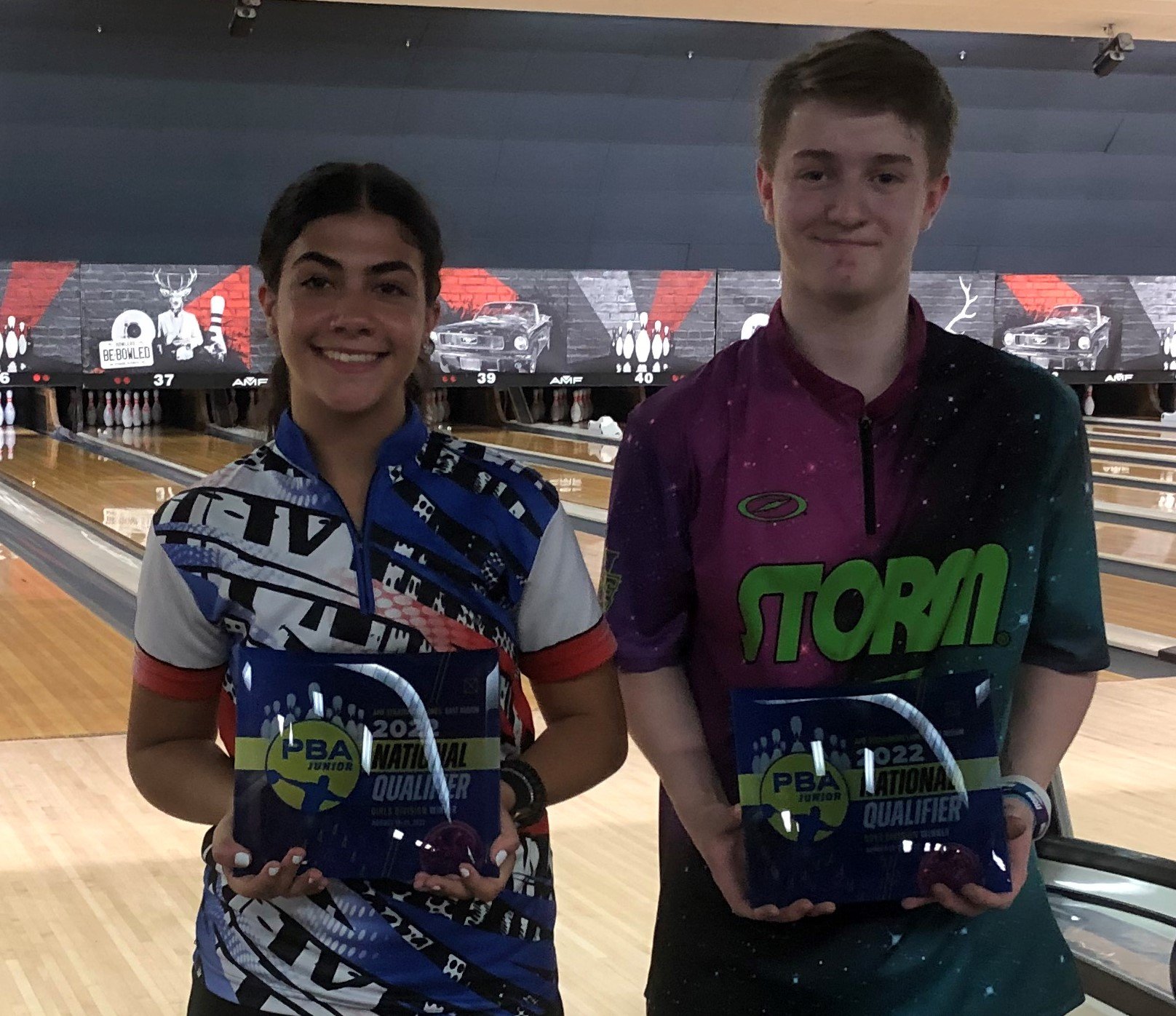 Bohn got revenge in the first match of the stepladder, but fell to Luna in the next match.

Luna then took down Emma Fetterman 211-208 in the semifinals, then Mitskavich 233-193 in the championship.

Full standings and more information on the U18 Girls East Region qualifier can be found here.

Top qualifiers found similar success in the U18 Boys division, where five of the top six qualifiers advanced to the stepladder finals.

Daniel Robertson from Jackson, N.J. earned the top seed in qualifying, and never looked back. He took down Maxwell Benware and Kai Strothers in match play, then No. 2 seed Andru Blaney in the title match.

Full standings and more information on the U18 Boys East Region qualifier can be found here. 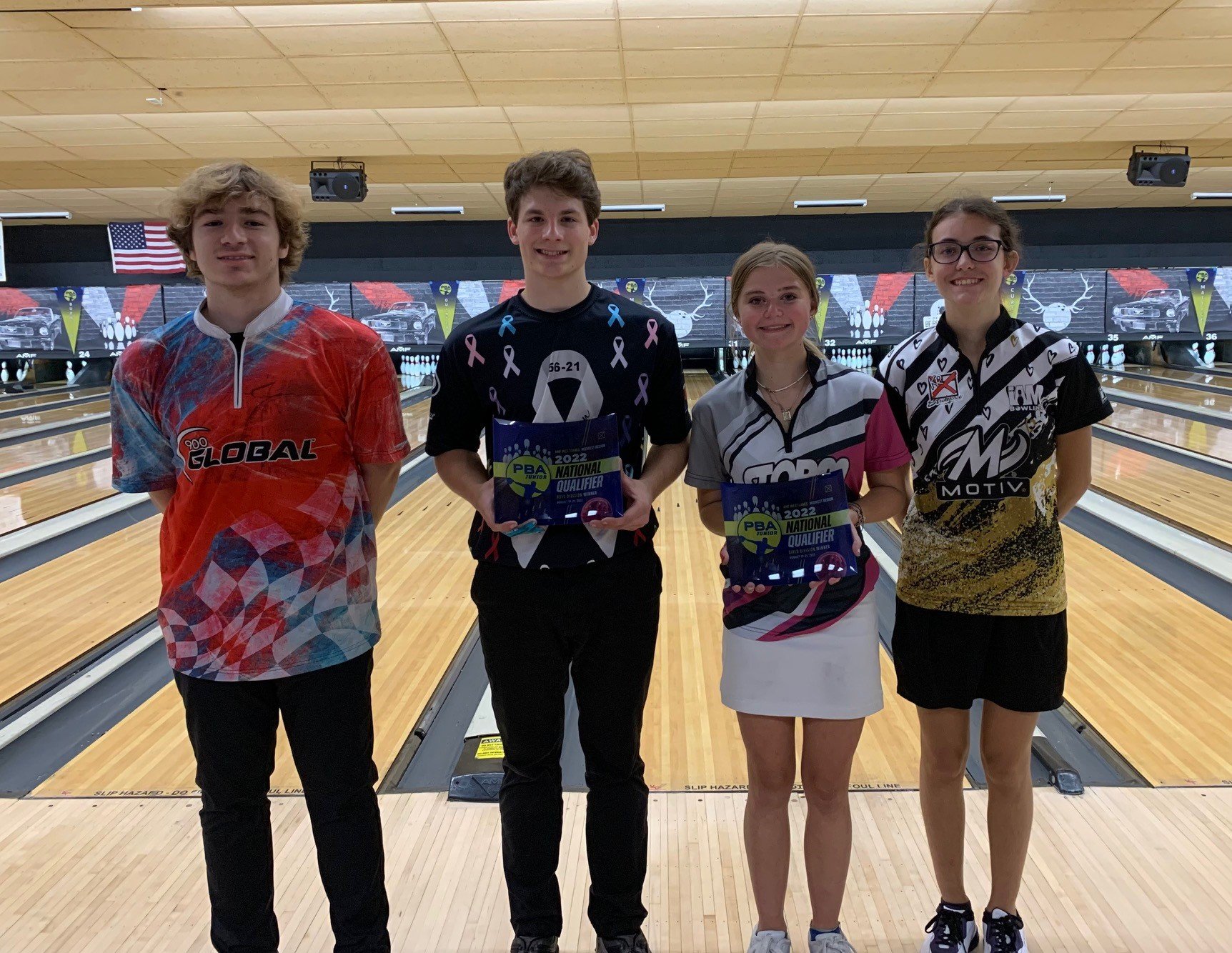 The Schaumburg, Ill. native qualified in fourth on Saturday. After winning two matches in the single-elimination bracket, she earned the No. 2 seed for the stepladder finals.

Malaya Chavez defeated Morgan Brunner and Lani Breedlove before falling to Starkey in the semifinals.

Brandolino earned the No. 1 seed after leading qualifying, then winning both of her matches. She was the only player to average over 200 during qualifying.

Low scores did not continue into the title match as Starkey took down Brandolino 240-229 to claim the title.

Kayla Starr, who finished as the national runner-up earlier in 2022, finished in 14th place.

Full standings and more information on the U18 Girls Midwest Region qualifier can be found here.

Qualifying in third place appeared to be the key in the Midwest. Andresen averaged over 220, then won both of this matches to earn the top seed for the stepladder.

Skridla, the No. 2 seed, defeated No. 4 seed Braden Mallasch in the semifinals. But Skridla stood little chance in the title match, as Andersen cruised to a 279-192 win.

Full standings and more information on the U18 Boys Midwest Region qualifier can be found here. 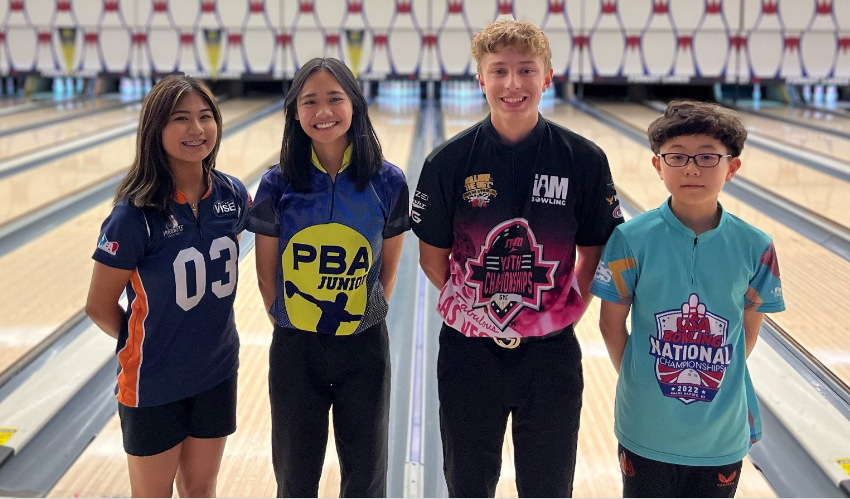 A familiar name rose to the top in the wild, wild West Region.

Katelyn Abigania will be returning to the PBA Jr. National Championship as a two-time West Region titleist. The 15-year-old defeated fellow Californian Saphyre Nofuente in the title match.

Nofuente averaged 220 and went undefeated in match play to earn the No. 1 seed.

Abigania, who qualified in sixth place, earned the No. 3 seed for the stepladder. She defeated Reagan Clifton, Ashtyn Woods, then Nofuente to successfully defend her title.

Full standings and more information on the U18 Girls West Region qualifier can be found here.

Chatterton earned the No. 1 seed after finishing second in qualifying and going undefeated in match play.

Kwon snuck into match play as the 13th qualifier, then took down Gregorio Sicard and Luke Brown to make the stepladder as the No. 4 seed.

He stayed hot in the finals, earning a national championship berth with wins over Elias O’Hollaren, Manny Ferrell and Joshua Oliver Abigania.

Chatterton ended Kwon’s meteoric ascent in the championship match with a 222-183 victory.

Full standings and more information on the U18 Boys West Region qualifier can be found here.

Read more on advancers from the South and Southwest Regions here.