The South and Southwest Regional Qualifiers for the PBA Jr. National Championships were held this weekend. Eight youth bowlers clinched berths in the national championships to be held in early 2023.

Each tournament champion and runner-up in the U18 Boys and U18 Girls divisions earned a spot in the national championships. All four champions earned a $2,000 scholarship.

The Southwest Region qualifier took place at Bowlero Euless in Euless, Texas. A pair of Texans, Zachary Smullen and Tyler Galbreath, advanced to the national championships in the U18 Boys division, while California's Avery Domaguin and Texas's Bella Love Castillo qualified in the U18 Girls division. 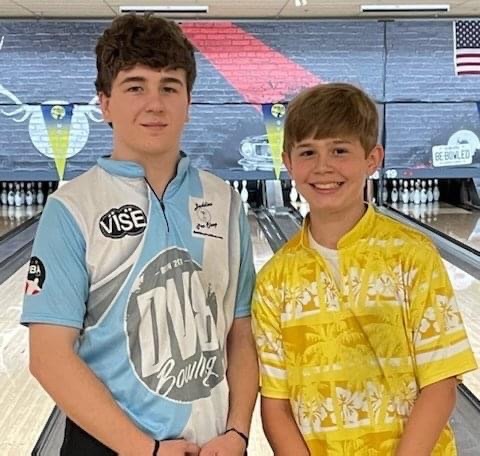 Mississippi’s Jakob Robertson and Florida's Ridgely Potter advanced to the PBA Jr. National Championships in the U18 Boys division.

In the South region, Jakob Robertson won the U18 Boys division title. He led the 10-game qualifying round at +301, averaging over 230.

Dylan Chastain, who ultimately finished in sixth place, fired 300 during Game 6 of qualifying.

Robertson earned the top seed for the stepladder finals. He went undefeated in match play, taking down Lucas Ellis and Ridgely Potter.

Joseph De Guzman, Jacob Ballenger and Jonathan Michadick clinched berths in the stepladder finals by winning both of their matches. Potter earned the No. 5 seed as the highest qualifier remaining.

In the stepladder, Potter caught fire. He shot 300 in the opening match against Michadick. He continued his climb with a 248-191 win over Ballenger and a 209-204 victory over De Guzman.

However, Robertson put an end to Potter’s South Region title pursuit with a dominant 276-194 win.

Full standings and more information on the U18 Boys South Region qualifier can be found here. 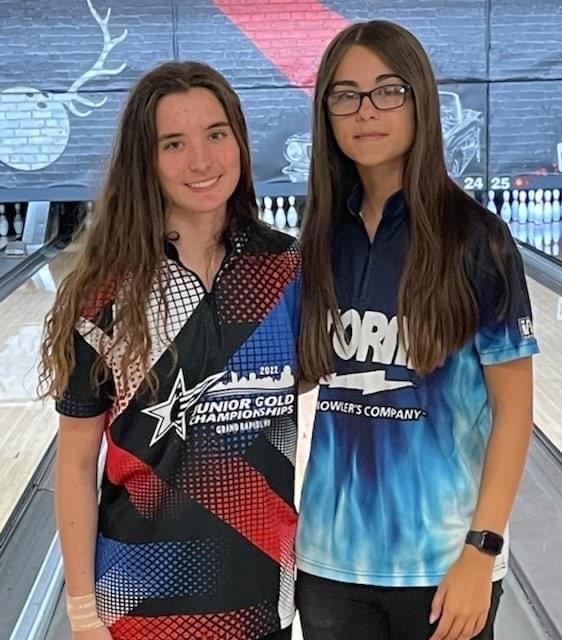 Georgia's Erin Klemencic and North Carolina's Kaitlyn Stull advanced to the PBA Jr. National Championships in the U18 Girls division.

Kailtyn Stull of Raleigh, N.C. clinched a berth on Junior Team USA’s developmental team with her sensational performance at Junior Gold last month. The 15-year-old added to her growing résumé by winning the U18 Girls title in the South region.

Stull qualified in fifth place at +57 before defeating Elizabeth Weeks and Abigail Burke in match play to earn the No. 3 seed for the stepladder.

Erin Klemencic bowled 300 in Game 4 of qualifying to lead the pack at +157. She earned the top seed and clinched a PBA Jr. National Championship berth with wins over Hailey Halcomb and Kara Beissel, who earned the No. 5 seed as the highest remaining qualifier.

Savannah Taillon snagged the No. 4 seed and defeated Beissel in the opening match of the stepladder 203-167. Stull took down her fellow North Carolinian in the next match 221-220.

Stull earned another single-pin victory over No. 2 seed Haley Lindley in the semifinals. That win secured her spot in the PBA Jr. National Championship.

In the title match, Stull’s comfort on the lanes paid off as she defeated Klemencic 230-199.

Full standings and more information on the U18 Girls South Region qualifier can be found here.

Zachary Smullen, the defending U18 Boys Southwest Region champion, obliterated the field during qualifying. The native of Frisco, Texas led by over 130 pins at +274.

Smullen then defeated Logan Frishman and Noah Raleigh-Turner to earn the top seed for the stepladder finals. Keegan Alexander, Tyler Galbreath, Emilio Leal and Garrett Andrus rounded out the finalists.

But Smullen would not be denied. He won his second consecutive Southwest Region title with a 211-189 win.

Full standings and more information on the U18 Boys Southwest Region qualifier can be found here.

In the U18 Girls division, just one player averaged over 200 during qualifying. Bella Love Castillo ran circles around the other athletes going +132 for her 10 games.

The two-hander from Odessa, Texas continued her excellent shooting during match play, earning the top seed for the stepladder finals. Carli Betz, Avery Domaguin, Charisse Graham and Miya Greene filled out the rest of the stepladder.

Graham won the opening match 198-162 against Greene. Then Domaguin, who won Junior Gold in the U15 Girls division last month, proved why she’s one of the best youth bowlers in the country.

The San Diego native won the next three matches to claim the U18 Girls Southwest Region title. She defeated Castillo 211-194 in the title match.

Full standings and more information on the U18 Girls Southwest Region qualifier can be found here.

Robertson, Stull, Smullen and Domaguin each earned $2,000 in scholarship.

The East, Midwest and West Region qualifiers will take place next weekend Aug. 19-21. More information on those events can be found here.