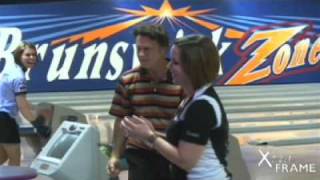 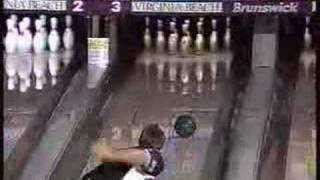 Personal: Grew up in North Dakota and Alaska…Served in the U.S. Army in the early 1980s as an electronics technician working on radar equipment…While in the Army he participated in intramural bowling and won the All-Army championship multiple times…Speaks German…Enjoys golf and jogging…Bowls and coaches extensively internationally during off season...Won Catalonia Open in Barcelona, Spain in 2011.

Career: Owns 25 PBA Tour titles…Received first PBA Golden Parachute exemption in 2009-10 and capitalized by winning Don and Paula Carter Mixed Doubles with Diandra Asbaty for his 25th Tour title...Won at least one Tour title in 12 straight seasons from 1987-98…Streak ended when he broke his wrist in a bicycling accident…Has won two titles in a season six times…Won 1988 PBA National Championship for his only major title…Selected an 1988 PBA Player of the Year… Made his “rookie” debut on PBA Senior Tour in 2009, finishing second twice including a 214-188 loss to Wayne Webb in 2009 PBA Senior U.S. Open…Earned PBA Senior Rookie of the Year honor in 2009...Finished fifth in 2009 USBC Senior Masters… Owns four PBA Regional titles.