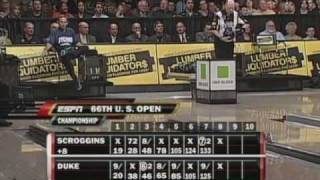 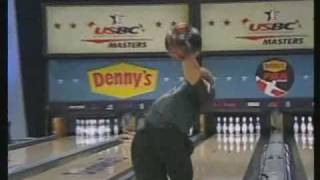 Personal: Resides in Amarillo with wife Melanie and children Ross, Will and Maggie…Enjoys playing golf, watching his boys play baseball and spending time with his family…Held the USBC record for most 800 series in a year with 15…Twin brother Mark was exempt in 2007-08 and was the 1993 PBA Rookie of the Year.

Career: Owns eight PBA Tour titles including two majors…2009-10 marked fourth season he has earned at least $100,000…In 2009-10 won two titles (Pepsi Red, White and Blue Championship and Etonic Don Johnson Eliminator)and five television appearances which included second places in Lumber Liquidators U.S. Open and Lumber Liquidators Marathon Open, and fourth in USBC Masters…2009-10 marked the second season in last three that he has won two titles...Won his first title in the 1992 Sacramento Open, his first career telecast…Did not win his second title until 2003-04 the 12-year span between titles ranks as the third-longest stretch of all time…Had his finest season in 2007-08, winning two titles for the first time and tying his career-high with six championship round appearances…Won his first major title in the 2005 USBC Masters and went on to earn a career-high $205,270 that season…Set a Tour record when he bowled 79 consecutive games of 200 or better over two events in 2005-06 (Council Bluffs, Iowa and Milwaukee, Wis.), breaking Walter Ray Williams Jr.'s record of 61…Four-time PBA Southwest Region Player of the Year…Owns 40 PBA regional titles and four PBA50 Regional titles.

Other achievements:
2015 PBA50 Rookie of the Year.