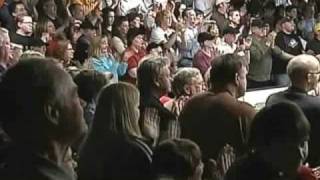 Personal: Has two children, daughter Kaitlyn and son Trey…Holds the USBC record for highest league average (261.74)…Owns several Illinois State Bowling Association titles…First job was working at his family’s lumber yard…Describes himself as “hardworking, personable and comical”…His ultimate dinner would be another meal with the late PBA Hall of Famer Dick Weber…If he was not a professional bowler, he would like to be a bowling proprietor or coach…Lists architectural drafting and woodworking as his best non-athletic talents.

Career: Won his first PBA Tour title in by capturing the 2009 GEICO Plastic Ball Championship …Despite nagging injuries in 2009-10, managed eighth place finishes in the PBA World Championship and season-ending Lumber Liquidators Marathon Open...Has two other championship round appearances, both in the 2006-07 season, his first as an exempt bowler…One of those finals appearances came in the 64th U.S. Open where he lost to Pete Weber, 267-192…Named the 1999 PBA Midwest Region Rookie of the Year and the 2005-06 PBA Midwest Region Player of the Year…Earned his first career exemption by leading the 2005-06 PBA Midwest Region point rankings…Owns 12 PBA Regional titles.