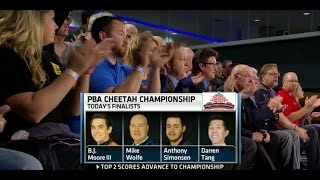 Other achievements:
Won 2019 PABCON Championships silver in all events and bronze in Masters...Member of Team USA 2018, 19...2016 PBA West and Northwest Region Rookie of the Year