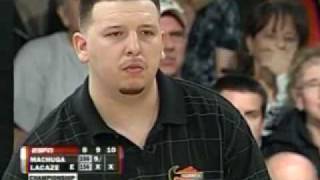 Career: Competed in 2009-10 season as non-exempt player…Earned 2009-10 Harry Golden Rookie of the Year honors thanks, in part, to winning his first PBA Tour title in the Earl Anthony Memorial…In 2008-09 finished fourth as an amateur in Lake County Golden Anniversary