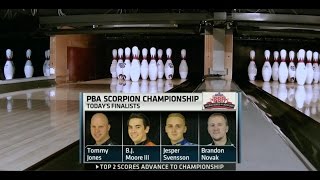 Personal: Married to PWBA competitor T'Nia (Falbo). Has one son (Lincoln) and one daughter (Brayleigh).

Other achievements:
Was member of U.S. team that won USA vs. The World special event in WSOB VIII.