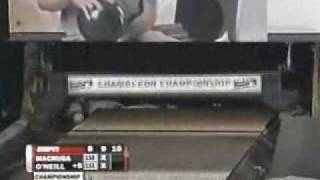 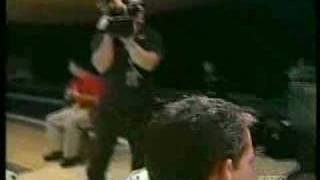 Personal: Pronounced muh-CHOO-ga...Nickname is Choogs…Attended the University of Nebraska where he earned Collegiate All-American honors twice…Has three older sisters, twins Shelly and Carrie, and Laurie… Lists Walter Ray Williams Jr. as his toughest opponent…Enjoys golf and fishing in his spare time…First job was as a pinchaser…Got started in bowling in a bowling center his grandparents owned until he was 14...His shirts include his late grandmother's initials as a tribute…Won the Bowlers Journal Doubles (1997, 2000), four mega-buck sweeper titles and five World Team Challenge titles as an amateur…Known for his Machuga Flop which he sometimes performs during pro-ams…Also performed the stunt after winning his first title in 2005 Greater Omaha Classic.