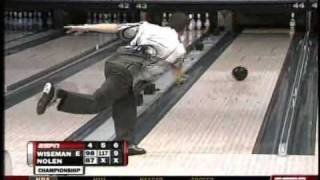 Personal: Single…Hobbies are golf and fishing…Favorite sports team is Detroit Pistons…First job was as a landscaper…Favorite musical group is Led Zepplin…Bowling heroes are Dave Husted, Tom Baker and Bob Chamberlain.