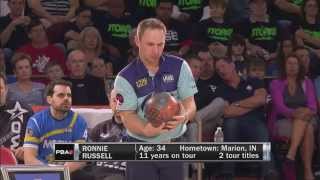 Personal: Resides in Marion, Ind., with wife Michelle and children Cayden, Cameron and Taylor… If he could have another career besides bowling it would be as a PGA Tour golf pro…Favorite TV show is Big Bang Theory and favorite movies is Million Ways to Die in the West…Indianapolis Colts, Pacers and Hoosiers fan…Other favorites include Korean BBQ (food), Justin Moore(musician)...Accomplished guitar player and songwriter...Most memorable bowling moment was bowling first 300 game...Bowled for Vincennes University where he was a first team All-American in 2002 and ‘03.