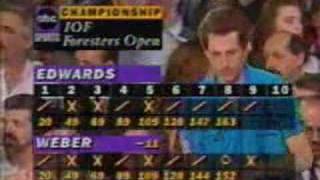 Personal: Resides in Tulsa with his wife, Sam…Enjoys playing golf and attending University of Oklahoma football games…Only Native-American ever to win a PBA Tour title.

Career: Only career PBA Tour title came in the 1994 PBA IOF Foresters Bowling for Miracles Open in Ontario, Canada…Defeated Pete Weber for that title, 203-192, ending a streak of more than 12 years without a Tour title…Earned a career-best $86,130 in 1989… Owns six PBA Regional titles…Became the PBA’s 33rd millionaire in 2005-06.