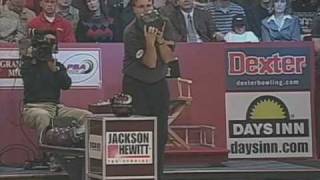 Personal: Resides in Munster with wife Christine and sons Mike and Kevin…First job was working in his father's bowling pro shop (PBA Hall of Famer Don McCune)…Nickname is Rocket…Lists Walter Ray Williams Jr. as his toughest opponent…Describes himself as very intense.