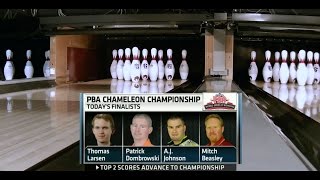 Personal: Single…Nickname, “The Shark”…Hobbies, working out and golf…Bowled for McKendree (Ill.) University where he majored in sports management.