For the fourth time this season, Troy Lint left the lanes with a trophy in his hand. This time, he exited South Point Bowling Plaza holding the Walter Ray Williams Jr. Championship trophy as the winner of the 2022 PBA50 Regional Players Invitational.

Lint earned his fourth regional title of the season and the $10,000 top prize. Though the 54-year-old only joined the PBA three years ago, this victory marked the seventh of his career.

Lint’s first title came in a 2020 PBA50/PBA60 doubles tournament. His partner was Darryl Bower, the same man he defeated in this afternoon’s title match 246-237.

“If I couldn’t win it, I’m just as happy for Troy,” said Bower, who previously won the RPI in 1983 and 1985. “I didn’t expect to win, but just as a tradition to come out and be a part of this tournament again means something to me.”

Lint bowled exceptionally all tournament — he never shot a game below 200 — but he was particularly dominant on fresh oil. In Lint’s five games on the fresh, he averaged more than 260, including a 300 in the first game of the tournament.

He said the pattern allowed him to utilize his power and take advantage of the shim. He used a combination of urethane and reactive throughout the tournament.

Lint could only think of one word to describe the feeling: incredible. He reflected on how he arrived at this stage in his bowling career.

“This win is setting my future plans in motion. I’m bowling everything.” 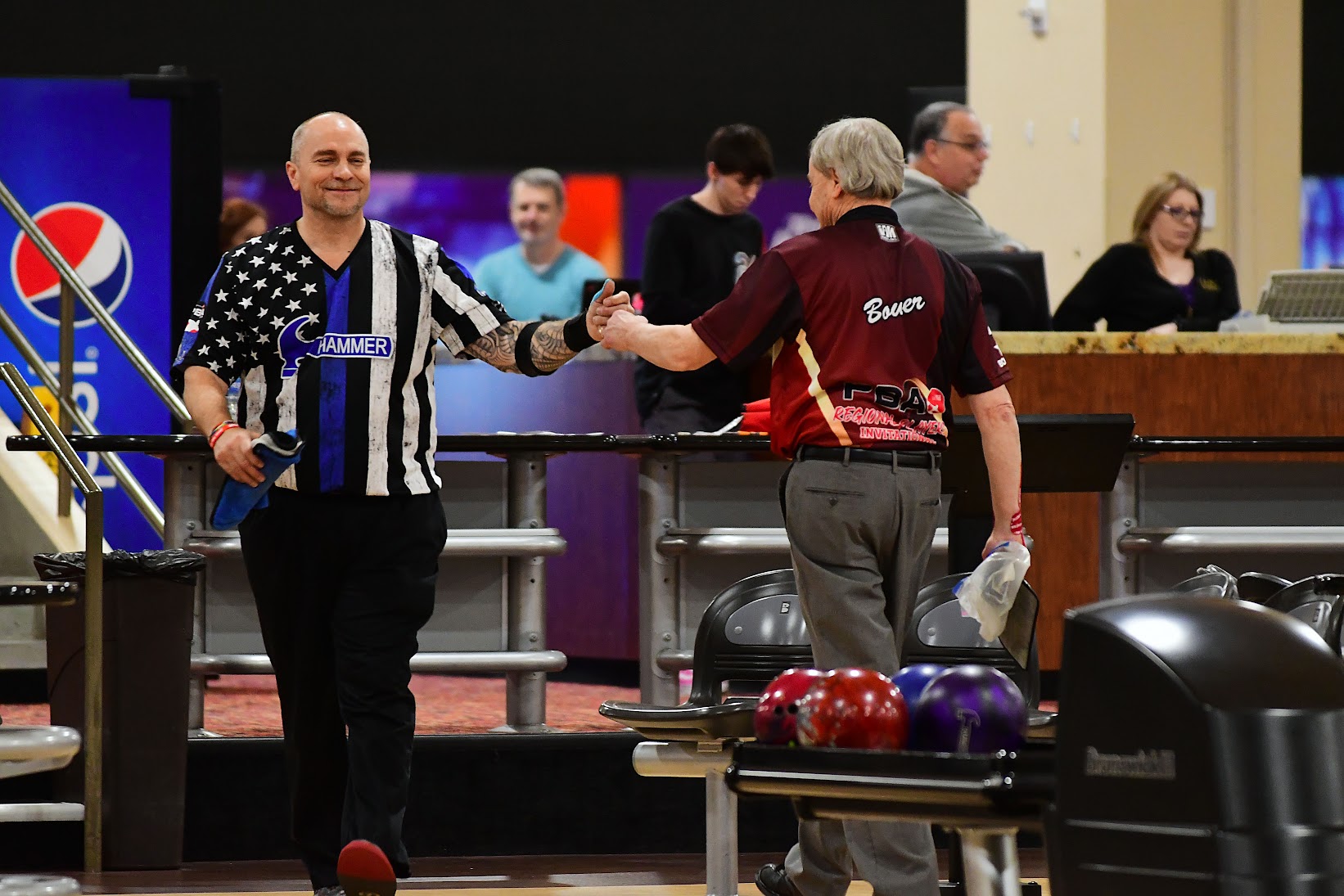 In the semifinals, Lint, Bower, Rick Meneley and Brian Kretzer each opened with at least five strikes in a row. The scorching start ended with Meneley leaving a pocket 7-10 in the 6th frame, followed quickly by a wrap-10 from Kretzer.

Lint’s string lasted one more frame before sparing the 4-7, but a second open frame from Meneley in the 8th gave Lint all the cushion he needed. Bower continued striking all the way to the 10th where a pesky 10-pin ended his bid for 300. He had more than enough to defeat Kretzer, who struggled with untimely pin carry.

In the Round of 8, Lint took the lead over top qualifier Bill Watson with a 280 in Game 1 — bringing his three-game total on the fresh to 803 — but Watson battled back to take Game 2. Lint fired seven of the first eight strikes to take Game 3, 249-215, ending the top seed’s run.

Kretzer’s opening match highlighted the Round of 16. He took a 1-0 lead over Mitch Beasley, who earned the No. 2 seed in qualifying. Beasley fell behind 1-0, but came back to take a 2-1 advantage with the help of a 300 in Game 3.

Beasley had a chance to take the match in Game 4, but wrapped a 10-pin and then left a stone-9 on his fill ball to lose a single pin. Kretzer advanced with a 218-200 win in Game 5.