Award winners from the 2022 PBA Regional Tour season were announced last night during a banquet at the PBA Regional Players Invitational. Four award recipients from each of the seven PBA regions were selected. 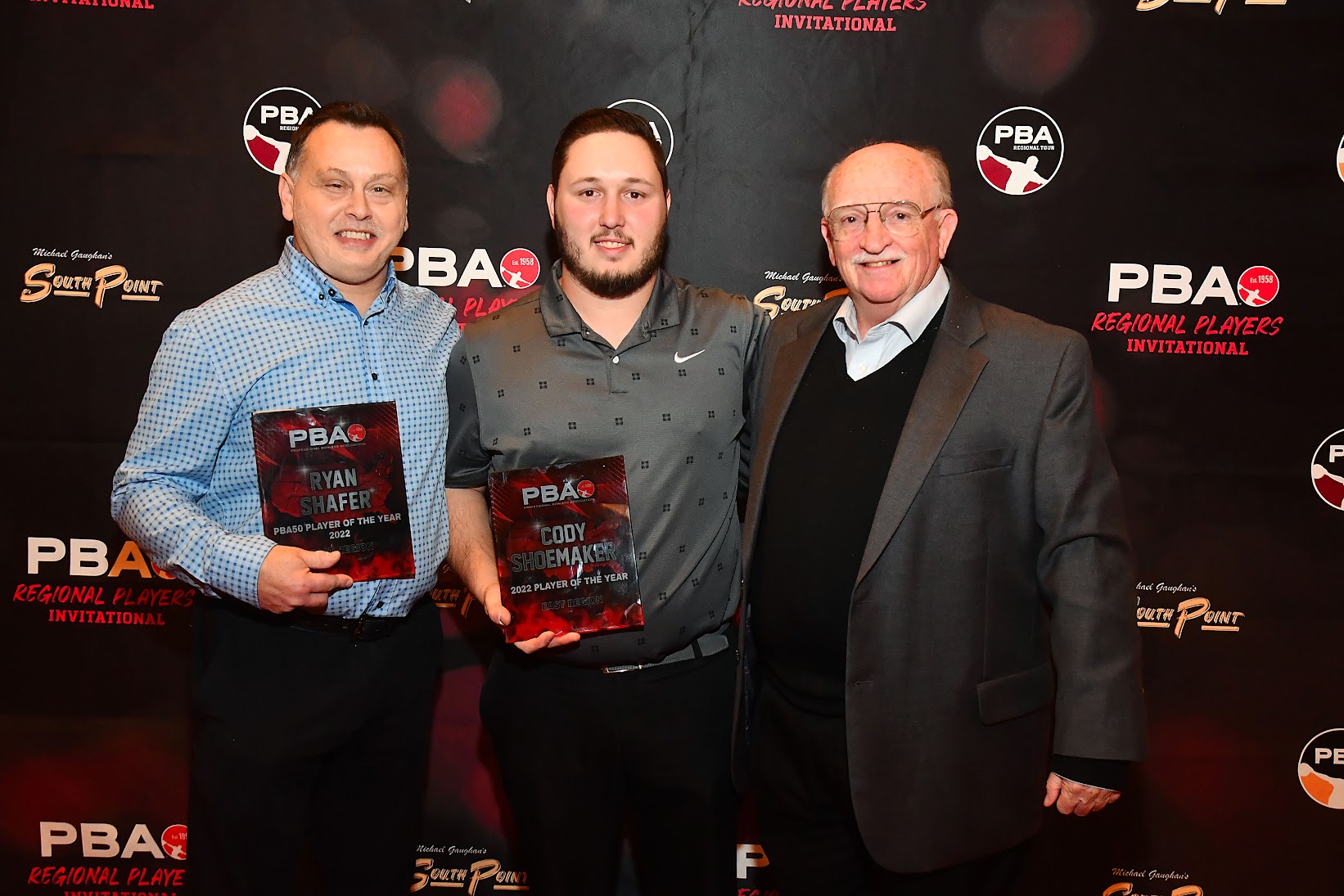 Shoemaker, a former Rookie of the Year in the East, earned top honors in the East by virtue of leading the region in points and earnings, along with a title at the PBA Bowlers Discount Pro Shop Open. The 27-year-old Artley finished the season 19th in points.

Shafer bested the East in points and earnings, while his 216.93 average topped all players who bowled in at least three events. This is his second consecutive honor, and also owns three East PBA Player of the Year awards. 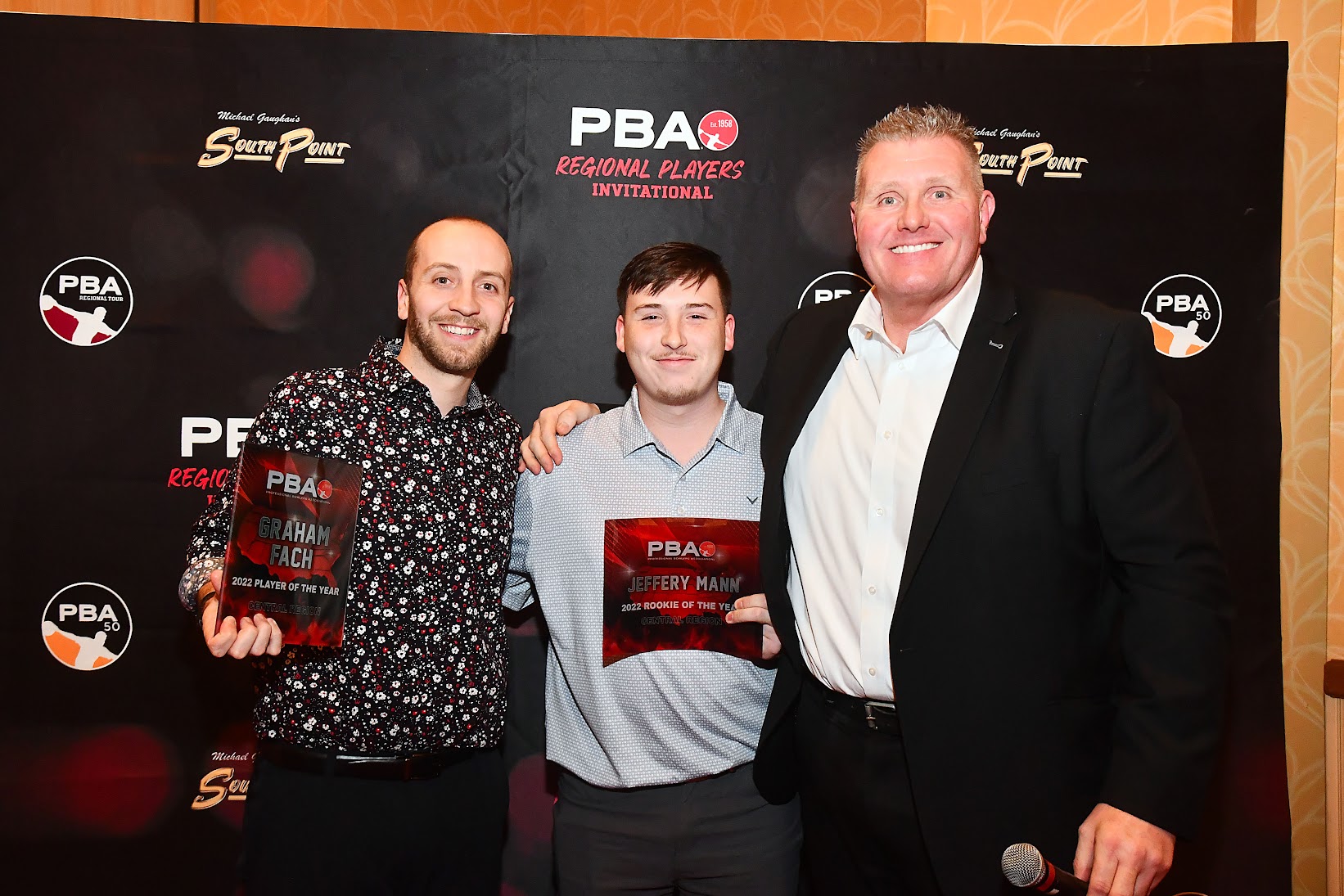 When Fach won his first two tournaments of the season, he established himself as the frontrunner for Player of the Year; when he won three more times between June and August, finishing no worse than fourth in any of his seven tournaments, he wrapped it up. This is Fach’s fourth Player of the Year honor in the Central region.

Mann finished the season fifth in points and cashed in 11 of his 15 tournaments. Bohn made the most of his six tournaments, averaging more than 230 and picking up a trio of wins.

In the Midwest, it was Martinez and then everybody else. In his nine tournaments, he took home four wins and never finished lower than ninth — he was twice as likely to win than finish outside of the top-five. 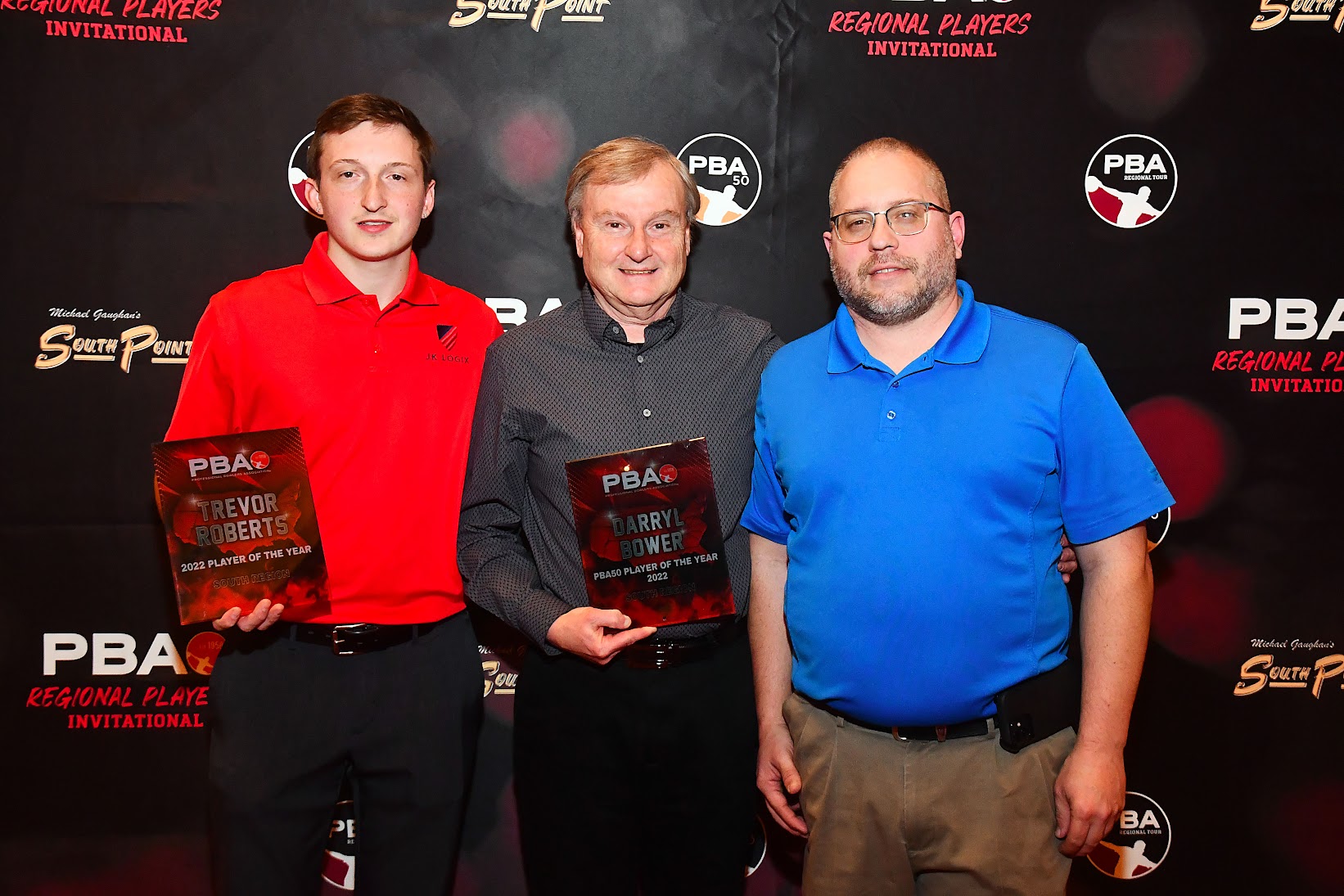 The heat was no problem for Roberts, as the Floridian’s two titles during the summer powered him to Player of the Year honors.

Lane looked like a veteran in his debut season. He cashed in 11 of his 12 events, racked up six top-10 finishes and secured his first career title at the PBA Greater Nashville Open.

Bower won two titles and cashed in all 10 of his events, edging Walter Ray Williams Jr. to be named the region’s top senior in 2022.

With three players, Ruiz, Shawn Maldonado and Nathan Bohr, each winning a pair of titles, the Player of the Year race came down to the wire. Ruiz’s strong finish to the season, plus his lead in points and earnings, proved to be the difference. 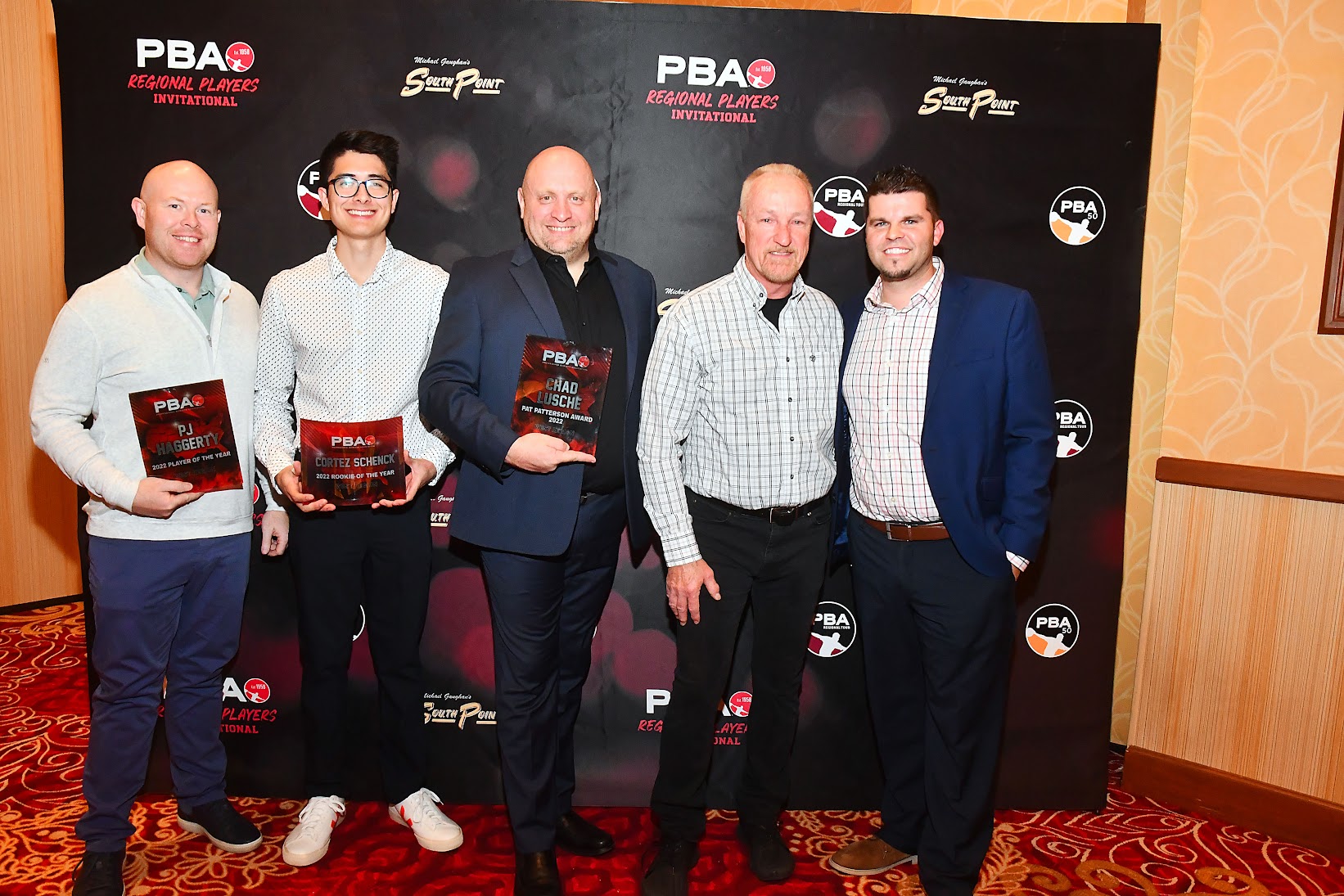 There wasn’t much room for doubt out west. Haggerty’s four-title campaign and Schenck’s two titles and top-five performance in points and earnings made for easy decisions. Leverage would not be denied, leading all West region seniors in points and earnings, while cashing in all eight of his tournaments. 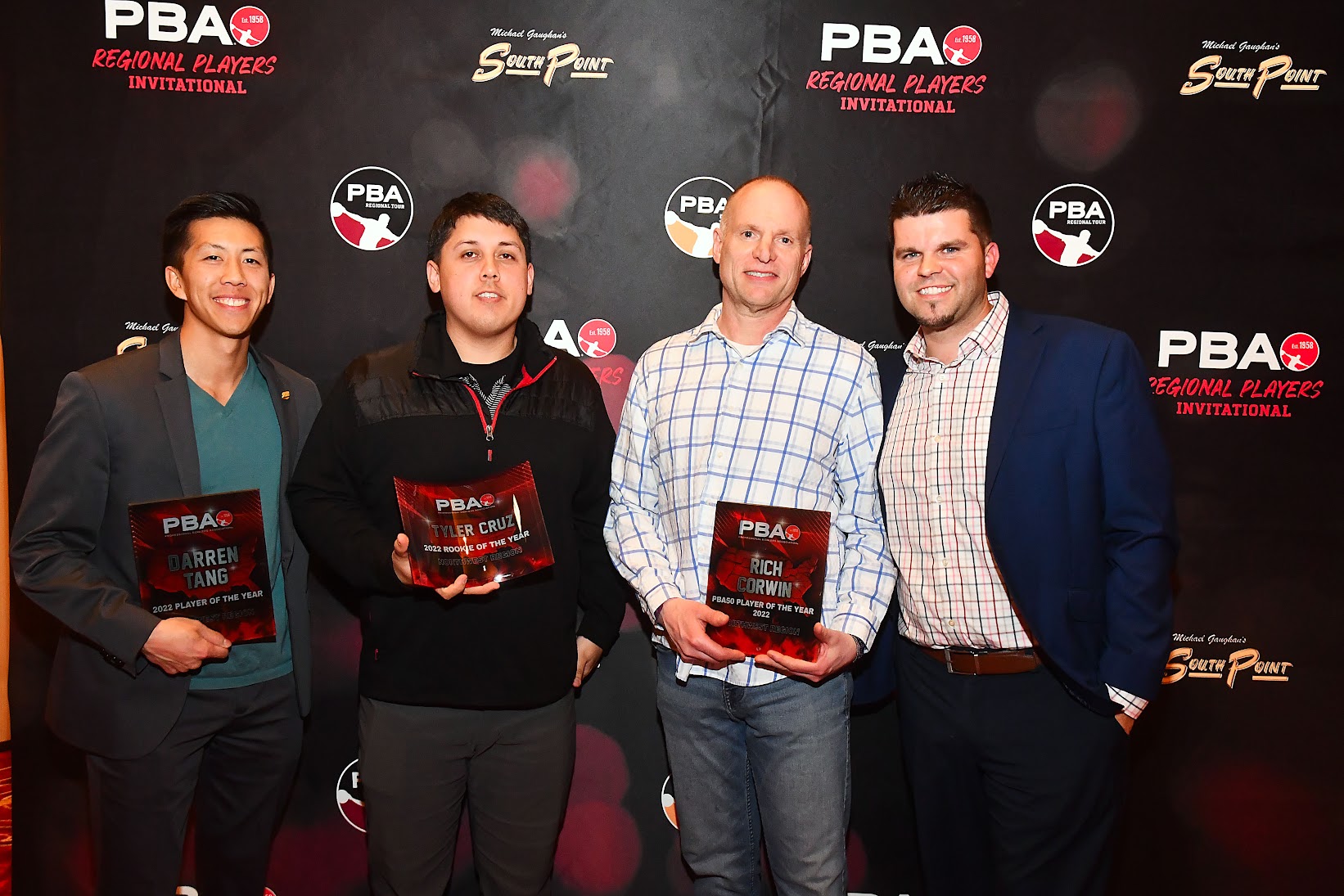 Tang’s near-230 average and seven top-five finishes and PBA Dave Husted Open title powered him to Northwest Player of the Year honors, leading the region in points and earnings.

Cruz placed third in points and captured his first career regional victory in June. Corwin cashed in all seven of his events en route to winning a pair of titles in the senior division.