Patrick Dombrowski took the scenic route at the 2022 PBA Regional Players Invitational, but the final destination was worth the journey.

With a 267-259 victory over Colin Champion, he claimed the Walter Ray Williams Jr. Championship trophy and the $16,000 top prize.

In the title match, Champion fired the first seven strikes. But Dombrowski, who began the match with a pair of single-pin spares, wasn’t fazed.

Dombrowski struck on every shot from the third through ninth frame, waiting for an opportunity to sneak past the 30-year-old Floridian.

That moment came when Champion left a 4-pin in the 8th and a flat-10 in the final frame. With a strike on his fill ball, Champion forced Dombrowski to strike for the title.

Just like the previous seven shots, Dombrowski aced it to claim his ninth career PBA Regional Tour title, this one coming at South Point Bowling Plaza in Las Vegas.

“I got the monkey off my back,” Dombrowski said. “I finally won outside of the Central region. It feels really good.”

After qualifying in 22nd place, Dombrowski had to battle through six rounds of match play to claim the title. In the first two rounds, each best-of-five matches, he defeated Nick Borgaro in five games and Michael Schlabach in four.

Those victories gave the Ohio native a berth in today’s Round of 16, which is where bowed out of last year’s RPI. He said a better understanding of his arsenal helped him navigate transition and the subtle differences between pairs this year.

As the field whittled down, Dombrowski was the only player who used exclusively reactive equipment. He used a Fate in his semifinal win over David Krol, then a shiny Reality in the title match against Champion.

The 44-year-old said his “voodoo ball roll,” as his friends like to call it, helps him utilize reactive equipment while many competitors use urethane. He said he moves his eyes back and forth on the lane to manipulate the ball motion as needed. 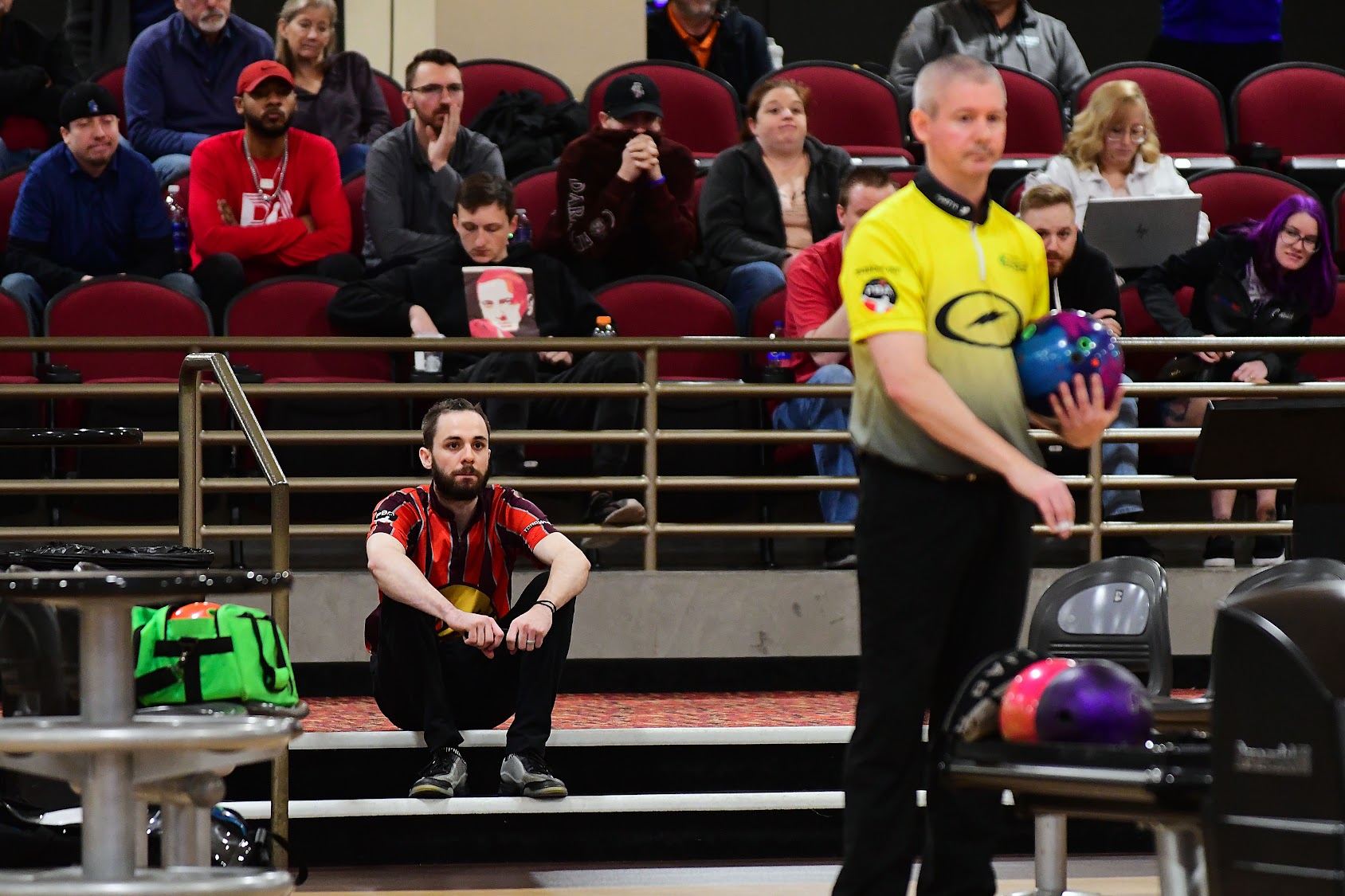 Champion, despite his surname, has yet to find the winner’s circle on the PBA Regional Tour. He has finished fifth on the South region’s points list over the past two seasons, racking up five runner-up finishes, he said.

He qualified fourth at the RPI and earned a two-round bye. But to reach the finals, a pair of southpaws in Jean Perez and Graham Fach stood in his path. Perez and Fach had been striking seemingly at-will, but the right-handed Champion knew they weren’t invincible.

“When (the left-handers) started to bowl on the same pair continuously, they were forced to move,” he said. “So I knew against Perez, if I could at least win one of the first two games, I was going to have a good chance in the third one.”

In the semifinals, Champion would only have one game to knock off Fach. He dispatched the 11-time regional titleist with a 248-221 victory, marking Fach’s second consecutive semifinal exit at the RPI.

Entering the 10th frame against Dombrowski, with both players sitting on max scores of 279, Champion felt his ball motion starting to go away.

“I knew I needed to make a move,” said Champion, who works at Tom Daugherty’s pro shop in Florida. “I moved half a board left, which is what I’ve been making all week, and trusted it. I threw a good shot, it just wasn’t meant to be I guess.”

Dombrowski enters the 2023 season with the validation that he can win outside of his home turf. The next tournament on his calendar: the U.S. Open at the end of the month.