With eyes on a $16,000 and $10,000 prize, bowlers again traveled to the nearest regional event for some more action as they attempted to get into their respective top eights. Currently playing host to the Open Championships, South Point Bowling Plaza in Las Vegas will also hold the Regional Players Invitational at the beginning of 2023.

After qualifying fifth the weekend prior in Peru, Illinois, Mike Eaton Jr. changed it up this time and qualified first in Lorain, Ohio. In Illinois, Eaton couldn’t get anything going in the round-robin format, but it was a different story in Ohio. After snagging the one-seed for bracket play at +183, Eaton bent, but never broke. In a best-of-three format, Eaton lost the first game but came back and won the next two games in both the first and second rounds. In the single-game semi and final matches, Eaton delivered once again. The West Michigan native defeated Kyle Cook 216-206 in the semifinals and moved on to face Chandler Stevens. In a tight match, it came down to the end where Eaton threw all three in the tenth frame edging out Chandler Stevens 213-210 to claim his first-ever PBA Regional title.

Fifty-one seniors also hit the same lanes, but they took the match-play route rather than the bracket-play route. Larry Verble led the group at +264, the only bowler to average above 230, while Bill Watson snuck into the cut at +102. Watson snuck into the cut and made good use of it: he came back the next day and worked his way up the leaderboard to land in the top spot with just the position round to go. Watson led by over 100 pins before the last game, so his 228 in the final match would be plenty to leave him in first. Watson earned $1,700 and a banner for his efforts.

You can view the Central Points leaders here. 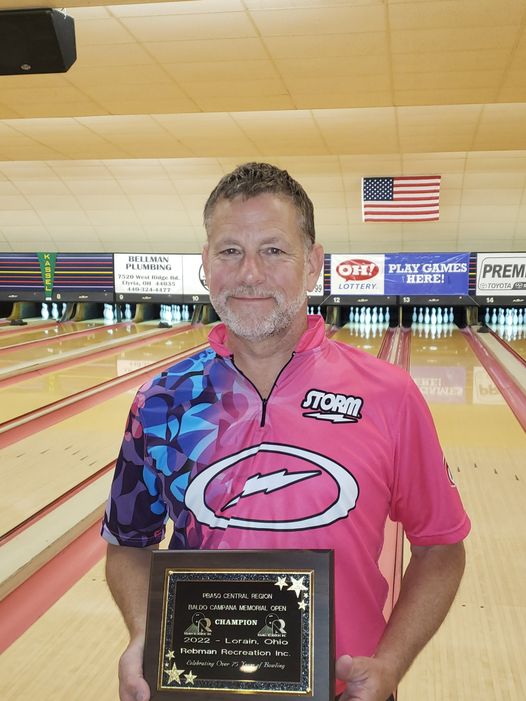 Plenty of big names filed into the members-only tourney at Hilltop Lanes in the Lone Star State, and plenty of big names filled the leaderboard after round one. Even after the advancers round, familiar faces continued fllling in the top 16 spots. On top just before match play included Quintero, Holliman, and Simonsen, with guys like Lavoie, Maldonado and Barnes waiting in the wings. Anthony Simonsen found himself with the lead with a 61-pin lead and just one game left. He’d face Arturo Quintero for the title, but in the end, it wasn’t close. Simonsen started with a four-bagger while Quintero guttered on a spare twice in the first four frames, ultimately ending it then and there. Simonsen ran away with his sixth regional title, which bumped him up to fourth in the Southwest Region standings.

You can view the Southwest Points leaders here. 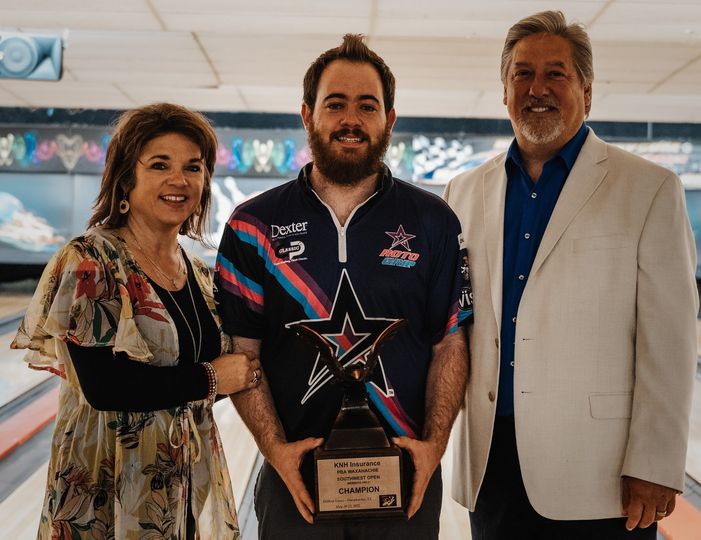 Nobody ran away with qualifying at the 2022 Greater Buffalo Open on the 40-foot Don Johnson pattern, but plenty of contestants went plus. Chad Mee led at +148, but 16th place and the final spot to qualify for match play went to Jordan Klassen at +54. Even though less than 100 pins separated first and 16th place, Mee wouldn’t have any of it, maintaining his first-place position with just one game remaining. With a considerable lead in hand, it was essentially over before it started. Even with a 211-181 loss, Mee still took home the win and $2,800.

You can view the East Points leaders here.

For the third time in a row in a region out west, a PBA50 event and a women’s event simultaneously transpired with the standard event, this time in Garden City, Idaho. Taming the notorious Bear pattern, fifteen bowlers moved on to the first advancers round to bowl four more games, and eight moved on from there. A few advancers rounds later, and Giorgio Clinaz Jr. stood tall for a spot in the championship match. Zack Stone narrowly slid past Payden Stumpf by one pin for the opportunity to duke it out with Clinaz in a one-game winner-take-all. Clinaz had led all tournament long, and that headline wouldn’t change in the end either, as he defeated Stone 210-175 for title number two. 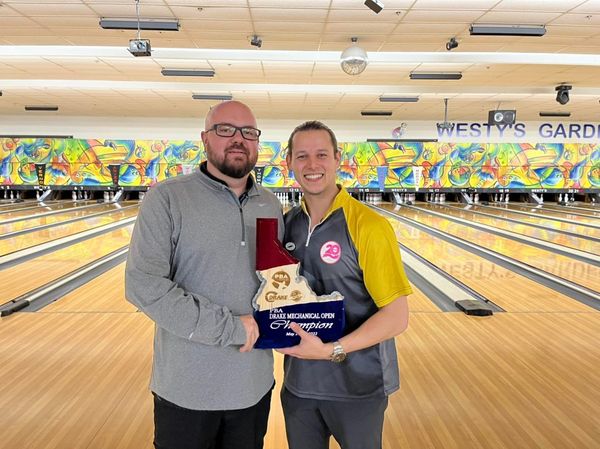 Westy’s Garden Lanes also played host to nine women attempting to make a run at the title, the most notable being Valentina Cruz of Colombia. This season, Cruz put two titles in her back pocket and tried for the three-peat in Idaho. After the first round, Cruz sat nicely in second place, but Catherine Rawsthorne had built a 93-pin lead. Three games later, Rawsthorne still led, followed by another two games where she still held the lead. However, Cruz managed to grab the second spot in the final match and even with all previous games thrown out the window, Rawsthorne still finished on top, taking down the most recent champion, 174-158. 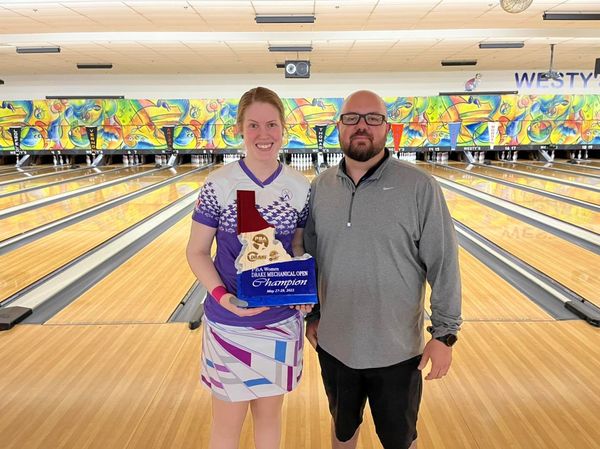 Meanwhile, reigning PBA50 West Player of the Year Ron Mohr cruised through qualifying. Mohr averaged higher than anyone else in the building for his first eight games averaging 226, and continued at that pace to the final match. The battle for the second spot in the finals became the only thing to watch for as Mohr locked up the one-seed with ease. Sticking in second for most of the day, David Leverage became Mohr's opponent after knocking off Greg Thomas by just 14 pins. In the final match, Mohr came out on top 214-191 to claim his 24th regional title and second this year. Clinaz Jr, Rawsthorne, and Mohr all won their respective tournaments in wire-to-wire performances, giving any spectators a show of dominance.

You can view the Southwest Points leaders here. 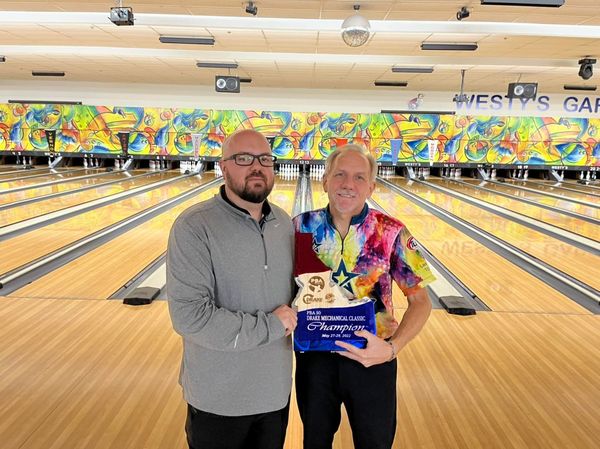 Colony Park Lanes North held a one-day event over the weekend where players needed to quickly figure things out if they wanted a shot at their first title. Bowlers who happened to hop into the top 16 were back at full strength as bracket play immediately began right after. Brian Hall was the top qualifier and showed why during match play as he cruised to the finals without dropping a game. His opponent in the finals appeared strong as Ryan Galli hadn’t shot below a 233 in his last five games. Galli’s run continued in the final match as he delivered a 288 to Hall’s 215 for his first regional title.

As usual, an event in the Midwest gained traction as 87 bowlers showed up for their chance at adding a regional title to their résumé. Approximately one in five moved onto match play with a pair of big names in AJ Johnson and Jakob Butturff sitting at the top. After seven match play games, that pair still barely hung onto the one-two spots, while three and four were still left for the taking to become the first match of the stepladder. When the position round was all said and done, Johnson snagged the one seed, Butturff grabbed the two, Kevin McCune won with a 208 to take the three seed, while Zach Wilkins stayed in the top four to capture the final spot.

In the opening match, both players struggled to get much going, but the turning point in the contest came when McCune doubled in the 8th frame while Wilkins chopped the 3-6-9-10 for an open. McCune eventually struck on his first ball in the tenth to close out the win 183-179. Butturff stepped up next as the two seed, and this one seemingly ended within the first four frames. Butturff started with the first three strikes, followed by a spare, while McCune spared in the first frame and opened the next three. Butturff later had a four-bagger and would win 246-179. In the Butturff-Johnson matchup, Johnson began with an early double while Butturff left the 3-6-7-9 split in the first frame. The lefty played catch-up from there, but by the time he finally doubled in the 10th frame, time had run out. Johnson already had built a multi-mark lead and delivered a 209-173 victory to claim his tenth regional title. 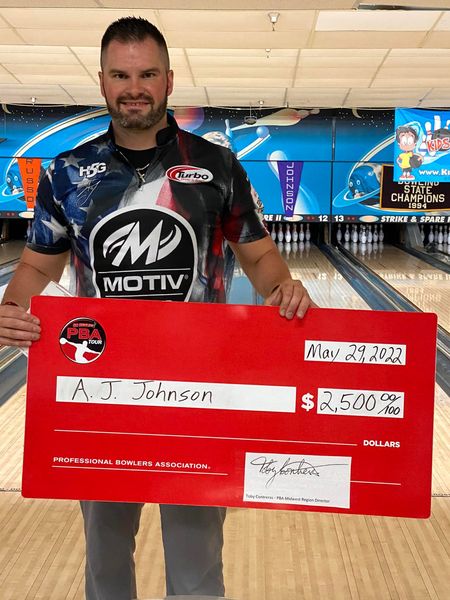 You can view the Central Points leaders here.

As always, the remainder of the regional schedule leading up to the RPI can be found here.