The PBA heads to Copperfield Bowl in Houston to award the final national title of the 2022 season. This weekend, PBA and PWBA stars as well as top amateurs will team up in the 22nd Storm PBA/PWBA Striking Against Breast Cancer Mixed Doubles Tournament.

The tournament benefits the X Out Breast Cancer Foundation. It is often referred to as “The Luci,” after long-time PWBA player Luci Bonneau, whose life was cut short by breast cancer.

Tournament founder Donna Connors founded the tournament in honor of her late friend. 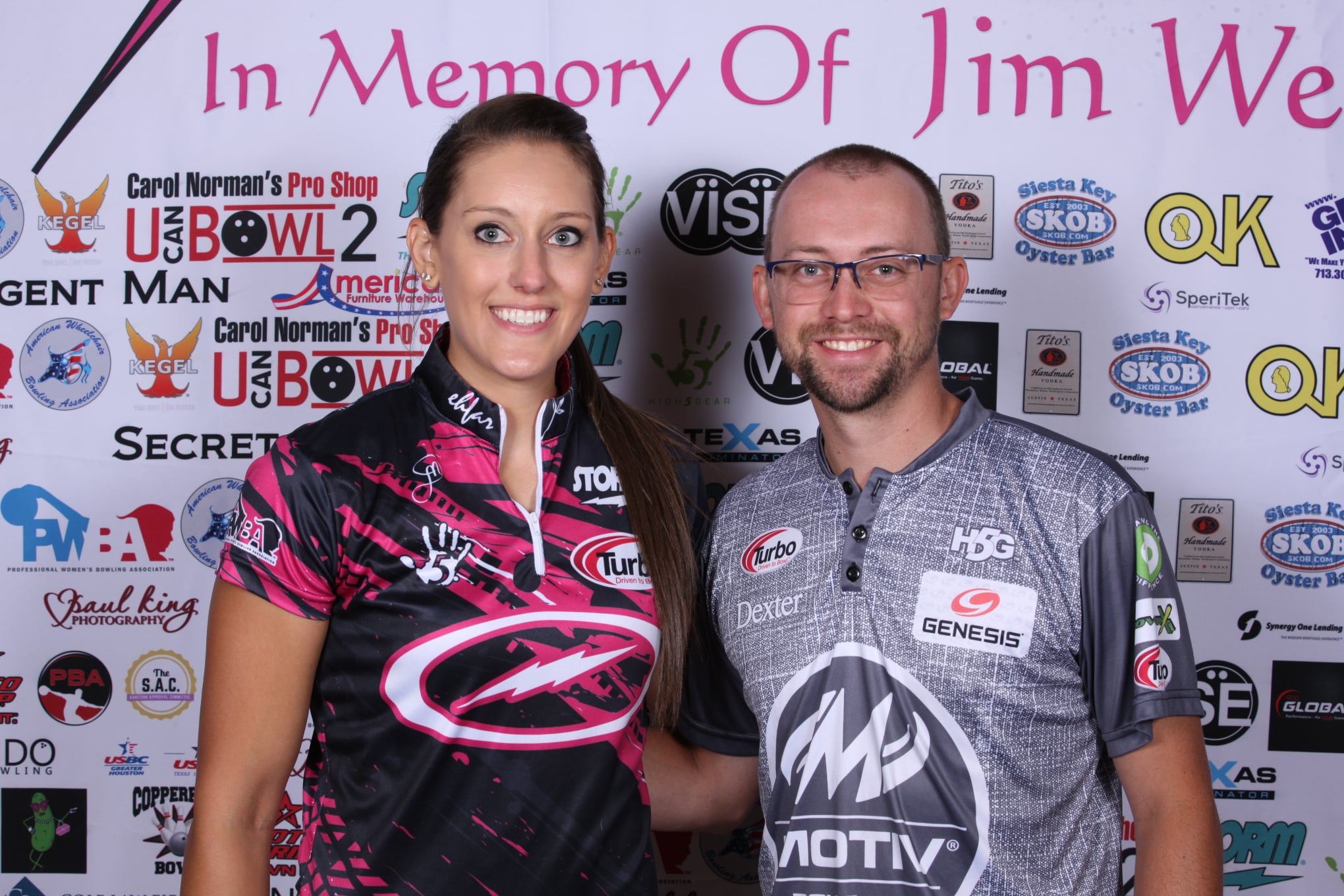 Last year’s champions, EJ Tackett and Danielle McEwan, will not be defending their title.

Tackett, looking for his third SABC Mixed Doubles title with a third partner, will be competing with Diandra Asbaty. McEwan is competing in Australia.

Four-time champions Shannon Pluhowsky and Tommy Jones will look to extend their record with a fifth title. Shannon O'Keefe will look to claim her fifth title, and fourth with Bill O'Neill.

Amanda Greene and Kyle Sherman, who won in 2019, will aim for their second title.

Jason Sterner and Birgit Noreiks won in 2017, but have since switched partners. Sterner will bowl with Heather D’Errico, while Noreiks will team up with Stu Williams.

The entirety of the tournament will be livestreamed on BowlTV, beginning with a Beauties vs. Beasts match at 5 p.m. ET on Thursday, July 28. The match will feature Brandi Kordelewski, Hayley Veitch, Bryanna Coté, Cassandra Leuthold and Kerry Smith against Jakob Butturff, François Lavoie, AJ Chapman, Chris Via and Julian Salinas.

Each team will bowl seven games of qualifying; A- and B-squads will bowl Friday, while C- and D-squads will compete Saturday. The top 40 teams will advance to the semifinals on Sunday morning, before cutting to the top eight teams for round robin match play.

The team with the highest pinfall after match play will be crowned the 2022 champions.

The full roster is available on SABC’s website. Here are five pairings to watch in each squad:

Watch all rounds of the 2022 SABC Mixed Doubles Tournament on BowlTV.