There may be no more romantic venue in bowling than Bowlero North Brunswick, formerly known as Carolier Lanes. From an unforgettable whiffed 10-pin to the game’s most transcendent quote, its 82 lanes have been the setting to many of the PBA’s most spectacular moments.

The center hosted the Johnny Petraglia Open from 1991-2001, a standard PBA Tour event named in honor of the New Jersey icon. After a brief hiatus, New Jersey returned to the PBA Tour schedule, hosting seven of eight U.S. Opens between 2005 and 2012 and the USBC Masters in 2013 and 2014.

The 2014 Elias Cup Finals was the last PBA event contested on the hallowed lanes — until now. The 2023 Players Championship marks the PBA’s long awaited return to North Brunswick, N.J. 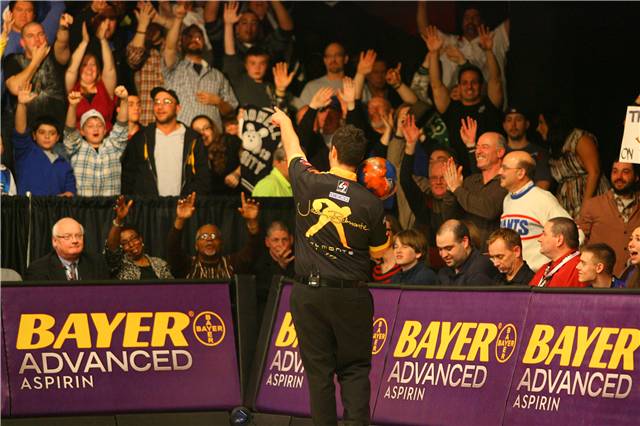 Jason Belmonte searches for a fan to award with a ball at the 2012 U.S. Open.

“Oh my goodness,” Belmonte said, “I think all of us players are excited to get back to Carolier. In my memory, the events that we've played there had some of the greatest atmosphere from the crowd that I've ever experienced.”

When it comes to selecting a favorite memory from Carolier, Belmonte struggles to distinguish between his two USBC Masters wins.

His win in 2013 was the first major title of his career. (Belmonte’s 2011 Players Championship was retroactively changed to a major title in 2016.) After defeating Wes Malott, he leapt with elation after finally prevailing in his then-fifth major telecast.

Belmonte made history with his victory at the 2014 Masters. He climbed the ladder as the No. 5 seed — no five-seed had ever reached the title match, let alone won the title — and defeated top-seeded, 21-year-old EJ Tackett.

“To put my name on that trophy two times in a row, which hadn't been done in 50 years, was pretty special,” Belmonte said. “Both in the same place.” 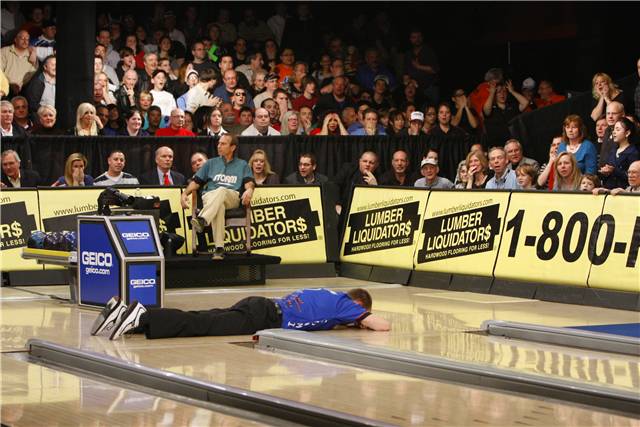 In 2011, top-seeded Duke aimed for a second U.S. Open crown against Mika Koivuniemi, the leading candidate for Player of the Year. Duke struck on his final four shots, forcing Koivuniemi to mark in the 10th. Koivuniemi wrapped a 10-pin on his opening shot.

Belmonte said he remembers himself skipping ahead to Koivuniemi’s fill ball, calculating how the Finnish star would secure eight pins and the title.

“Alright, so what's he going to do? Is he just going to throw it the same? Is he gonna gas on it?” Belmonte asked himself. “And then I'm watching and the ball just falls off into the gutter.”

The image of a despondent Koivuniemi crumbling to the floor as an astonished Duke grasps the reality of a seventh career major title has been etched in PBA lore.

But if we’re talking about PBA history at 1 Carolier Lane, there’s one moment that stands above the rest...

Weber’s strike and inimitable celebration at the 2012 U.S. Open, the fifth green jacket of his storied career, was named the fifth most memorable moment in PBA history in 2018.

The reaction was inspired by a fan’s actions during the match, which encapsulates everything about what makes Bowlero North Brunswick exceptional.

“New Jersey always brought a lot of great fans and created a hostile environment so to say with the East Coast bowling community,” Sean Rash said. “They bring the noise. They bring the excitement. They bring the energy. You’ve got the love-hate relationships, whether it's one-handed or two-handed bowling, East Coast or West Coast bowlers, international or national players. People pick a side and really go after it.”

Bill O’Neill, who lives less than an hour away in eastern Pennsylvania, has a close connection to the local fanbase. After winning the 2010 U.S. Open in Indianapolis, coming home for the 2011 event was supposed to be extra special.

But about a month before the tournament, he said his grandfather died. O’Neill said when his family came to watch, his grandmother was overcome with emotion seeing his face on all the banners as defending champion.

Aided by the hometown crowd, O'Neill led the tournament into match play and advanced to the championship round.

“There's just nothing like having that fan support, family and friends and everybody cheering for you,” he said. “It's a totally different feeling.”

The 2023 Players Championship will be another emotional homecoming for the O’Neill family, as the 41-year-old said this will be the first time his kids will be old enough to be able to watch and appreciate him compete. 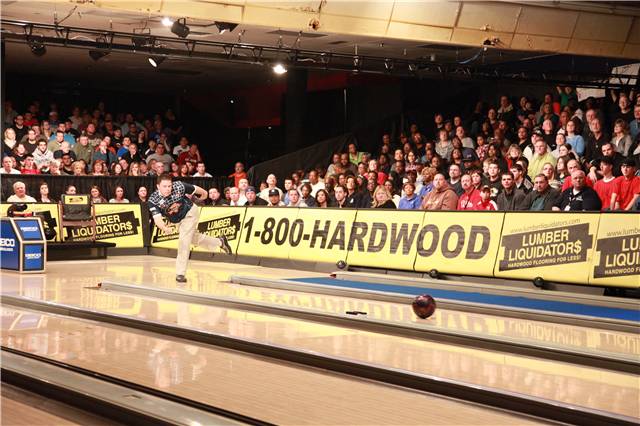 While Weber experienced the signature animosity of the New Jerseyites, or at least the perception of it, several players noted the fan base's seasoned understanding of the game.

Belmonte said when players make ball changes and aggressive moves across the lane, fans understand the method behind the madness.

“There’s an element of appreciation to the craft,” he said.

Chris Barnes won his first career title in front of those very fans at the 2005 U.S. Open and made another run with a third place finish in 2009. The Triple Crown winner said Bowlero North Brunswick is one of the game’s great traditional venues.

“It’s the people that make the places,” Barnes said. “It’s a knowledgeable fan base that always comes out in droves. The atmosphere is hard to replace.”

All qualifying rounds and Classic Series championship rounds will be livestreamed on BowlTV. Subscribe here before Jan. 1, 2023 to take advantage of a discounted price.