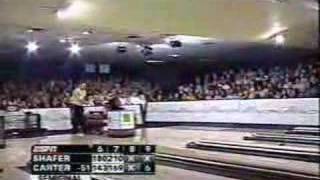 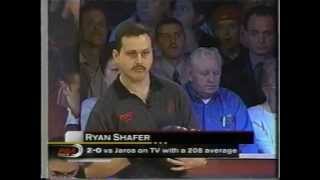 Personal: Resides in Horseheads,N.Y...One of the most superstitious pros on Tour…Wears his clothes in the same order each week…Has to have an eight or five in the serial number of his bowling balls...Only picks the ball up with his left hand…Favorite book is To Kill a Mockingbird…N.Y. Yankees and Pittsburgh Steelers fan…If he was not a professional bowler he would like to be a lawyer or get his teaching degree…Was valedictorian of his high school graduating class...Was diagnosed with diabetes at age 19 but has competed on Tour with the disease his entire career. Is a spokesperson for Animas Corp. which makes insulin pumps.

Career: In 2015 son Gene Carter Pro Shop Classic for fifth PBA Tour title and first in nearly 12 years. Defeated Marshall Kent 255-144 in championship match...Was selected PBA Rookie of the Year in 1987, but didn’t win his first Tour title until the 2000 Orleans Casino Open in Las Vegas…Won his second title later that season and finished with a career-high 11 championship round appearances…Most recent title came in the 2003 Empire State Open…Has made the finals in major championships 14 times...Has finished runner-up five times in PBA majors, both PBA records for bowlers without a major title…Rolled a nationally-televised 300 game in the semifinal round of the 2007 Pepsi Championship, defeating Jeff Carter, 300-228, before losing in the title match to Norm Duke…Became the 30th PBA member to reach the $1 million mark in career earnings…In 2010-11 had three top-10 finishes including fourth in U.S. Open...In 2012-13 received second Steve Nagy Sportsmanship Award...Owns 27 PBA regional titles.